One of Cliff Martinez’s earliest memories is being taken to a drive-in cinema by his parents to see director Sergio Leone’s iconic spaghetti western A Fistful of Dollars. For the musician, who would later play drums with the Red Hot Chilli Peppers and end up scoring films including Steven Soderbergh’s Traffic and Nicolas Winding Refn’s Drive, it was a life changing experience akin to seeing the Beatles perform for the first time on the Ed Sullivan Show.

“The music just transported you to this other world filled with danger and adventure,” Martinez explains. “I didn’t know a film’s music could be so good. My parents ended up buying me the soundtrack on vinyl and it really was a seminal musical experience for me.”

But if A Fistful of Dollars was Martinez’s entry point into the world of film music, it was the second part of Leone’s Dollars Trilogy, For a Few Dollars More, which inspired him to pursue a career in music. “It was just so much better than the first film,” says Martinez, “mainly because it had much more of a darker edge to it.”

The film stars Clint Eastwood and Lee Van Cleef as a pair of sharp-shooting bounty hunters, who must work together to take out the evil El Indio (Gian Maria Volonté) and his murderous gang. The film contains arguably the most sadistic scene in the history of the western genre, when El Indio orders his men to take an enemy’s screaming wife and newborn baby outside of a church, where two gunshots ring out and their cries fall silent.

Still shocking almost 55 years on, the scene, which rejected the unwritten Hollywood rule of not murdering infant children on screen, lent the film a real sense of danger, creating an atmosphere where nothing is sacred and anybody could catch a bullet at any given moment.

“I love how Leone’s westerns branched off from something familiar and did things in such a different way,” says Martinez. “I used to love the old western shows like The Wild Wild West and The Riflemen, but Leone made those worlds so much dirtier and more brutal. It had sexual content, it had flies buzzing around people’s faces, no one shaved, and you could almost smell Clint Eastwood’s sweat. There’s a conspicuous lack of hygiene in For a Few Dollars More. It was just so visceral and thrilling to watch as a kid in the 1960s.”

On the surface, Morricone’s flamboyant soundtrack has all the hallmarks of a Leone western, with twangy Jew’s harps, church organs, guns that whistle and catchy, jangly guitar riffs. But it’s also punctuated by an eerie melancholy that manifests itself in the jingle which plays whenever El Indio opens his musical pocket watch – something he stole from a young woman who shot herself after being raped.

“That is the standout track,” Martinez declares. “There’s something very sinister about ‘Carrilon’s Theme’, the music is like the child lullaby scene from A Nightmare on Elm Street. You realise this is a horror movie, too, not just a western. Music boxes are supposed to be soothing, but Morricone really nails this idea that they’re also really creepy, that there’s a darkness even in something that’s supposed to be light. I didn’t get the sexual undertones of the pocket watch as a kid, but I guess the fact they were present only made the song more creepy.”

It’s clear that Morricone remains a huge influence on Martinez, although he says he wouldn’t dream of trying to imitate the legendary Italian composer’s work. In particular, he loves how Morricone’s music steps into the spotlight and dominates films only when it’s appropriate; knowing when to hold back is something many film composers lack.

“He was a real musical iconoclast,” says Martinez. “His sense of instrumentation was flamboyant and muddy, and I’m influenced by the way he combined pan flutes with an electric guitar or these male vocals, which chant something eerie and unintelligible. That kind of stuff really requires you to stick out your neck musically as a composer. I would never try to imitate Morricone, but these are the aspects of his musical personality that I look at. He is an obsessive composer and you hear stories of him recording weeks and weeks of music for just one film, but that level of obsession is what makes him so brilliant.”

The way in which For a Few Dollars More explores toxic masculinity is something shared by a number of films Martinez has scored, particularly his collaborations with Refn: Drive, Only God Forgives and The Neon Demon. “Ryan Gosling’s Driver wouldn’t exist without Clint Eastwood in For a Few Dollars More,” Martinez suggests. “He was the personification of the strong, silent type.”

But it’s the way Morricone’s music makes the Wild West and its arid setting into a character which is mostly reflected in Martinez’s work. “Sometimes the setting has to be a character itself and music can help emphasise that,” he says. “In Traffic, Mexico was an important character, while the synths in my Drive score were all about reflecting how Los Angeles makes you feel.”

Speaking fondly about Leone and Morricone’s fruitful partnership on the Dollars Trilogy, Martinez concludes: “The reason I like collaborating with people like Steven Soderbergh, who I’ve worked with since 1989, is that he lets you express yourself and only really enters the picture if things go off track. The best directors are the ones that give you complete freedom to run free musically, and Leone understood that with For a Few Dollars More.” 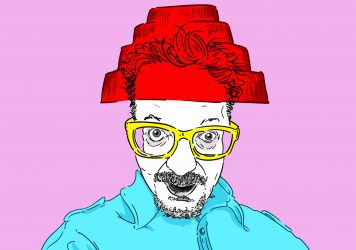