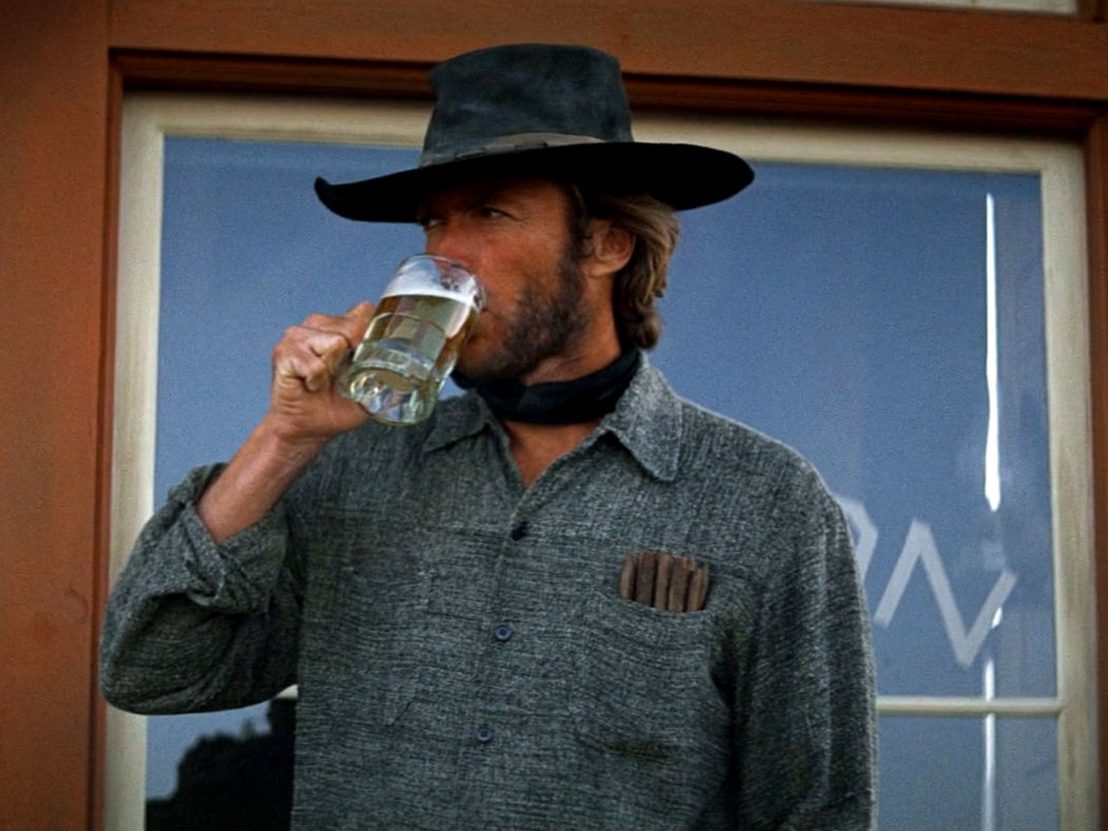 A gunslinger emerges from a desert’s shimmering horizon like an apparition. He looks like the tight-lipped, cigar-chewing sharpshooter of Hang ’Em High or Sergio Leone’s Dollars Trilogy, and on paper High Plains Drifter certainly reads like your typical Clint Eastwood western. It’s the story of a mysterious, crack-shot out-of-towner paid handsomely to protect an idyllic California mining community from outlaws. Standard fare for Eastwood circa 1973.

In reality, though, the film – only Eastwood’s second effort behind the lens – is a shockingly atypical outlier in the actor-turned-director’s estimable canon. Eastwood’s work as filmmaker, especially in the latter half of his career, has a reputation for being stately and solemn, but High Plains Drifter is blackly comic with Grand Guignol flourishes. Made when Eastwood was still considered little more than a conservative prop with a gun, it’s a keenly spiritual film with such high themes as the corrosive power of violence on its mind.

Dismissed by some critics at the time as derivative of Eastwood mentors Sergio Leone and Don Siegel, today High Plains Drifter appears daringly original, entering genre territory neither of those filmmakers ever dared to tread. Uneasy from the first notes of Dee Barton’s quivering score, the film is pitched somewhere between a horror movie and a psychedelic acid western. It even flirts with the supernatural, and is more reminiscent of a ghost story transposed to a traditional western setting than any straightforward oater of its day.

Though the townsfolk of Lago initially turn to Eastwood’s Stranger to protect them against a pack of criminals led by the murderous Stacey Bridges (Geoffrey Lewis), it transpires that it is he who means them most harm. Though never explicitly stated, there are regular hints that Eastwood’s Stranger is in fact the ghost of a Marshal (played by longtime Eastwood stunt double Buddy Van Horn), seen brutally killed in flashback as Lago’s citizens look on. He’s resurrected here to give early Eastwood western fans exactly what they want, before Eastwood the director delivers a film far more contemplative and a character far more disturbing than anyone could have expected. 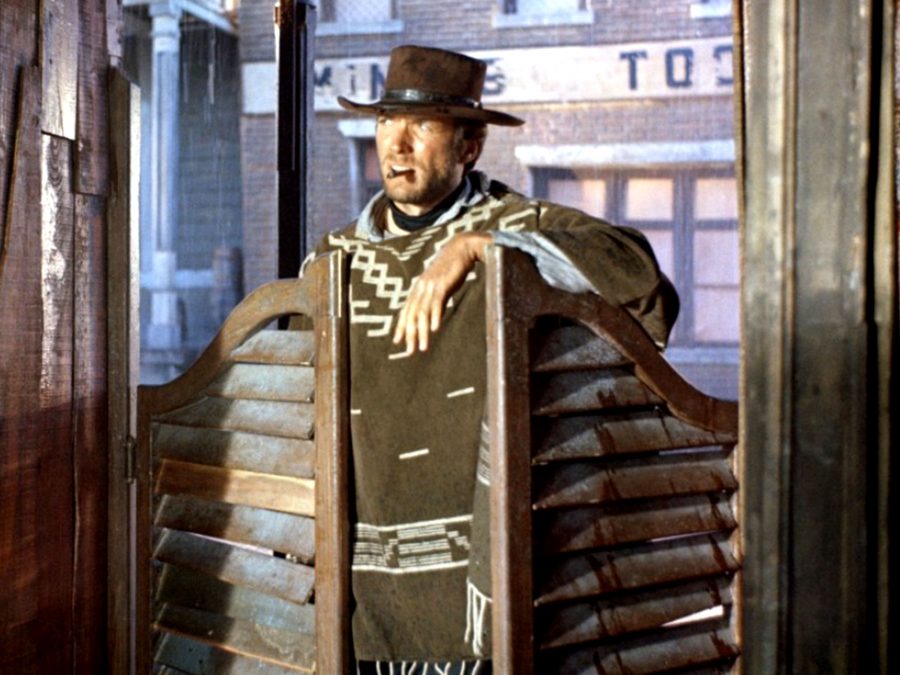 What you get in High Plains Drifter is one of Eastwood’s rare ventures beyond antiheroism into outright villainy. The Stranger introduces himself to the people of Lago by cleanly dispatching some local rogues, but then, shockingly, this Man With No Name proceeds to drag a woman into a barn to rape her. He then convinces the entire town to daub their homes and businesses in red paint and lay out a feast to welcome the approaching Bridges gang, for no apparent reason. For the entire movie, this chillingly ambiguous figure makes it his mission to humiliate and terrorise every man and woman who has seemingly wronged him. The title is deceptive: the Stranger is not just some random ‘drifter’, but a man of bloody, single-minded purpose. We quickly come to realise that he’s not in the killing game for money or justice; he’s in it purely for pleasure.

In the wake of his coming out for Donald Trump, it’s almost impossible not to scan for traces of Clint’s politics in his work. High Plains Drifter is, not unlike the Republican President-elect, paranoid and dangerously anti-establishment, centring as it does on a rural community corrupted by big business. It’s a vision of a United States that’s forgotten its values, with a lone ‘saviour’ come to aggressively restore order. The difference between Trump and the anti-war, pro-gun control Eastwood being that the director here is critical of such behaviour.

Before he rides back into the foreboding desert haze, Eastwood’s Stranger turns a quiet lakeside idyll into a living hell, the whole town splashed giallo red with bodies left to rot in its dusty streets. If this was one of Eastwood’s Spaghetti westerns, we might be expected to cheer. But here the Stranger’s vengeance is horrifying. Existing somewhere between Eastwood’s early westerns and the revisionism of The Outlaw Josey Wales and Unforgiven, High Plains Drifter is a bleak, ugly film that’s unlike anything the director has made since.