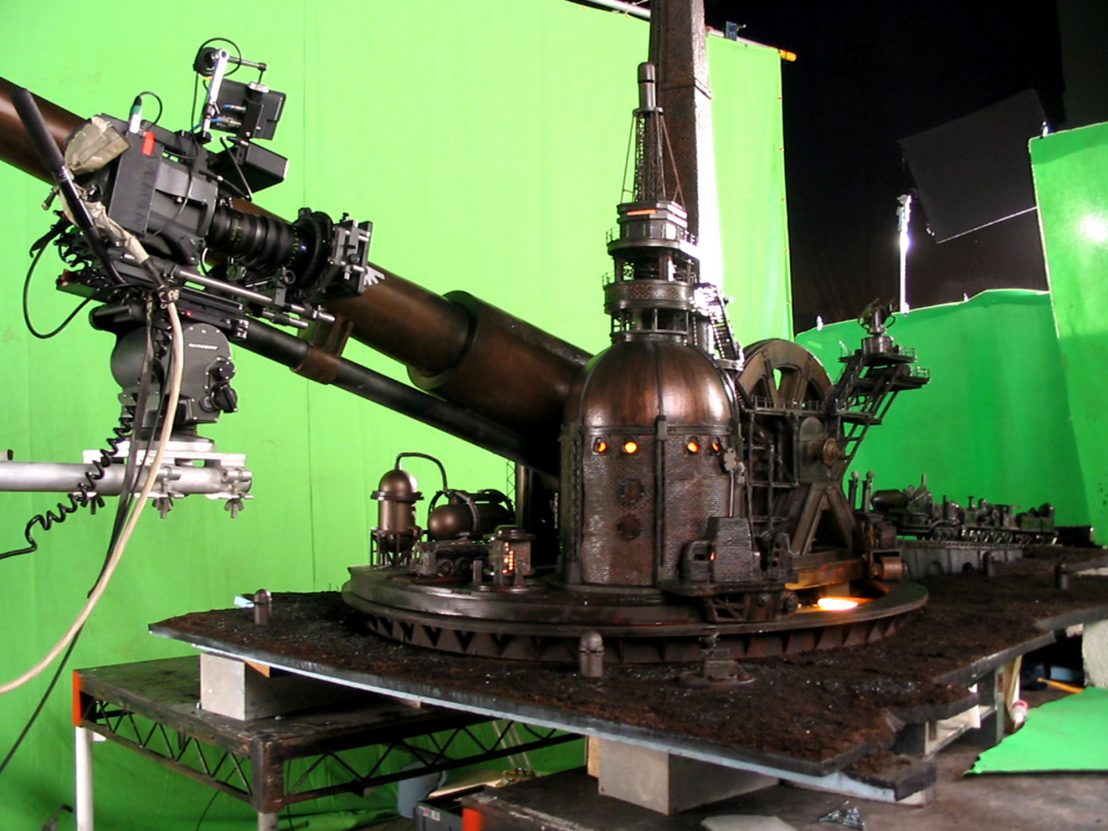 It seems as though in recent years the pendulum has swung away from digital effects, with audiences increasingly rejecting CGI in favour of more traditional, practical special effects. Not according to Bryan Curtis, who argued in the New Yorker last year that the main reason why practical effects are suddenly hip again is also the grubbiest: “They’re a piece of the swag we call ‘fan service’.”

According to Curtis, while many directors still prefer practical effects, they have effectively become a way to lure audiences in by appealing to their sense of cinematic nostalgia. “At one time,” he says, “the stark lighting effects of the German Expressionists were the visual rage. Later, it was the helicopter shot or the zoom. Any new tool, once used promiscuously, becomes a cliché. As time goes by, a director rediscovers the tool, and what was once cliché becomes an homage to a distant and more cultured time.”

Before we go any further, let’s clarify a few terms:

Special effects (SFX) happen on set during principal photography in real-time, or during production and include things like smoke, wind, make-up and blood effects.

Visual effects (VFX) are shot separately then added in post-production where they are composited or edited in to the film later and include things like miniatures, explosions and green-screen.

Practical effects can be considered SFX or VFX, and are when the effects are made using real life materials like rubber, wood, steel and smoke.

Digital effects can only be considered VFX as they occur during post-production.

VFX producer and industry veteran Tom Horton, who most recently worked on the NBC series Emerald City believes that, “all this talk about going back to practical effects is just PR – we’ve always used practical effects.” Horton says that while digital effects are constantly evolving, they remain expensive and time-consuming to perfect, and that a combination of the old and new tricks will often yield the most impressive results. 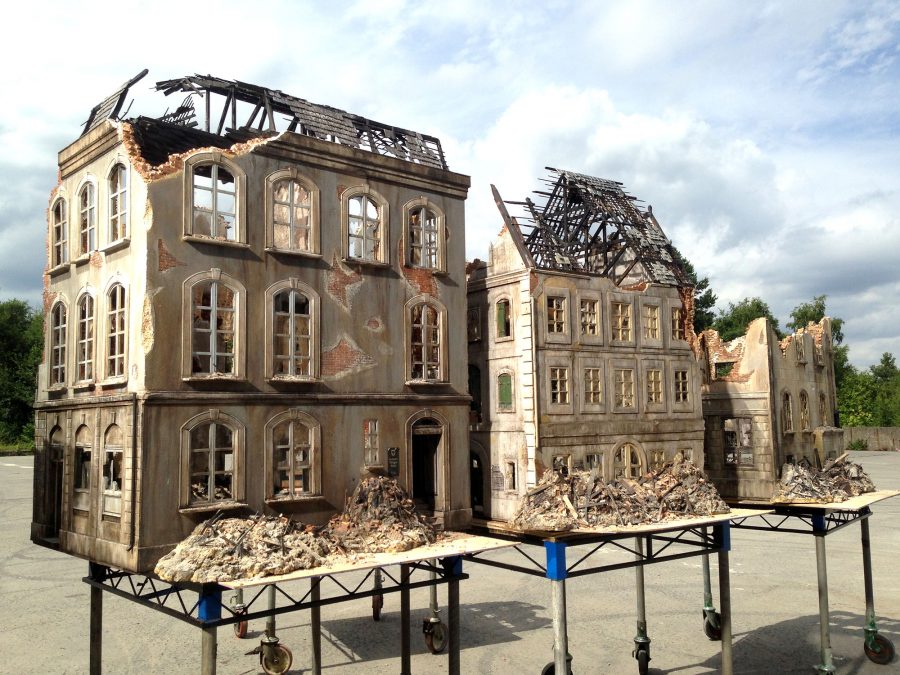 For almost 40 years, Leigh Took has been burning down miniature landmarks, creating wondrous sets and creatures at Mattes & Miniatures, working on everything from Batman to Band of Brothers. “Our overarching approach to visual effects hasn’t changed” says Took, “it’s still about using the right tools and techniques to achieve the director’s vision, to create realistic, convincing effects in a cost-effective way, whether these techniques are traditional and in-camera [such as miniatures and practical effects], or digital.” The difference, then, is that now there are simply more and better tools available, and indeed the best results often come from utilising both methods.

Of course, technology is not the only thing that’s constantly evolving. Audience demand and engagement levels change all the time. For Horton, however, it’s the approach to cinematic storytelling that’s seeing the biggest change. While it’s tempting to explore new possibilities, he feels that overly dynamic camerawork is making certain films difficult for viewers to engage with and ultimately believe in. “I found X-Men Apocalypse just too much,” he says. “There were some incredibly innovative sequences, but I found myself overwhelmed by some of the bigger destruction sequences, and so a little disconnected from the characters.”

These days, producers are taking more care to ensure that most of what we see on screen is actually filmable. Horton explains: “We’re mindful that while we can shoot something fast, exciting or otherworldly, we have to shoot with a realistic, plausible camera perspective.” So while computers can help make the impossible seem possible, it’s still best to stick with a practical approach when it comes to shooting things like explosions, fires and even architecture – and it all comes down to a phenomenon that you can’t even touch: light.

Took agrees: “The way light rays hit and interact with surfaces is incredibly complicated. Authentic lighting is simple to achieve in nature.” While working on 2014’s The Monuments Men, Took used a 1:8 scale miniature of the buildings so that his team could position the models at the correct angle to the sun, thus matching the live action. “The action and miniature backgrounds are then composited together, with the matched natural lighting to create stunningly realistic backgrounds the audience doesn’t even question. Real flames are accidental in nature – using CGI to create a similar effect can take a huge amount of resources. There are so many opportunities to get hung up on a certain flame lick not looking organic enough, and it easily can look not quite right because the shot has been so overworked.” 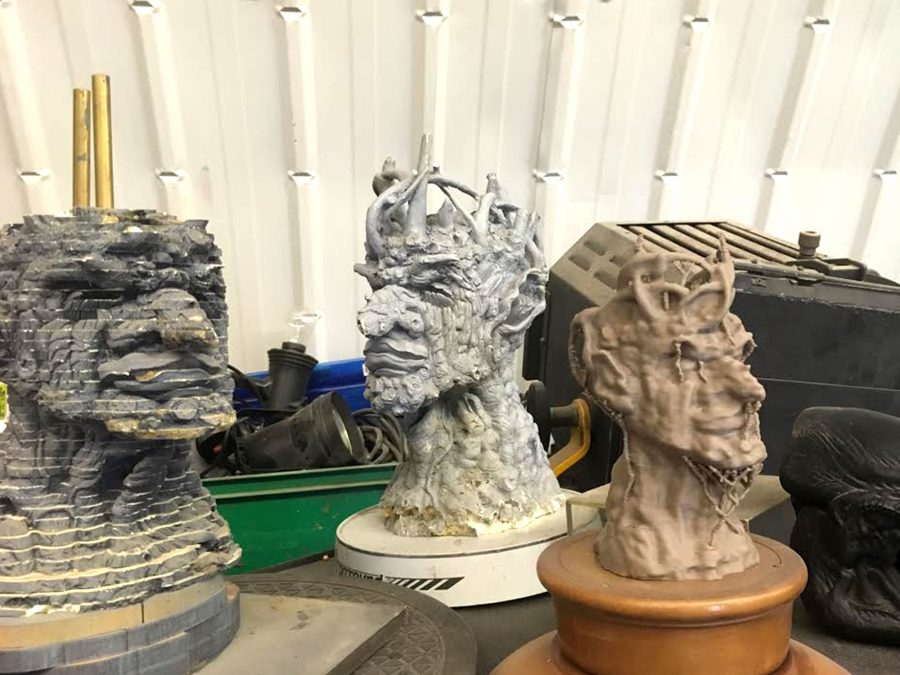 Today, while audiences crave more ‘realistic’ creatures, visual effects and cinematography, directors and producers are demanding more and more from digital technology. “It’s the unrealistic expectations of CGI that causes the most problems,” insists Horton. “We build the real world in our computers. We commit as much time and effort as a practical specialist does to their models, or a costumer designer to the wardrobe and yet producers think it’s somehow easier to make changes digitally.”

Sometimes it just doesn’t make sense to go hi-tech. Horton also believes that the overuse of green-screen isn’t serving the industry well: “Lighting is probably the most critical and complex process when creating a photorealistic CGI environment. In the real world, the way the light from a window or a bulb bounces and reflects off the various surfaces in the room has an impact on the overall ambience. It’s very difficult and time-consuming replicate that with CGI. Also, green-screen sets are impossible to light subtly as the green needs to be lit with a bright, flat light. While it is possible to simulate environmental light sources on a green screen set, unless you’re meticulous, the live action material will be missing a lot of subtle interactivity that light causes in reality.”

Maurice Patel at Autodesk argues that “we are very, very far from being able to just create effects at the push of a button. New formats and mediums are hitting the market all the time.” He’s particularly interested in the direction that virtual and augmented reality is taking as part of the entertainment experience. Patel agrees that demand is spiralling from both the producers and consumers of entertainment: “Production processes are highly labour intensive and costly, and complexity continues to increase as consumer demands continue to raise the barrier on what is required.”

Digital technology is evolving faster than ever, but practical methods are catching up. Developments in techniques like laser cutting and 3D printing mean that mocking up a model is now much quicker and cheaper, while also affording the director more opportunity to play. “In my experience, directors genuinely love working with physical models,” says Took. “There’s more freedom to experiment with shots, moves, angles on the models. With a physical model to play with you inevitably stumble upon ‘happy accidents’ – beautiful shots that haven’t been storyboarded in advance.”

Another technique called photogrammetry is also being used in miniatures to create more organic textures. For 2015’s Victor Frankenstein, Took built 1:36 scale miniature steam cranes, carts, railway tracks and roads focusing on organic textures such as wood, sand and dirt. They then took a series of hi-res images of the models in bright, even lighting from multiple angles. Special software stitches these images together to reconstruct the object shape for manipulation in post-production. This, Took says, “gives 3D artists objects and textures to play with instead of starting from scratch.” 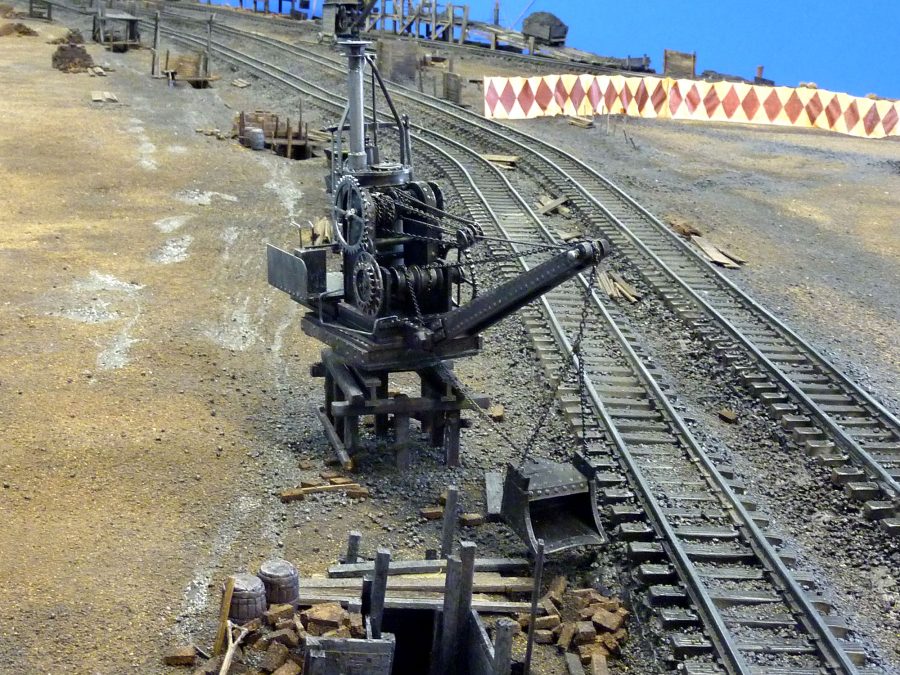 Black buck is another example of hybrid effects, where a scaled structure is built and painted black and then be used to interact organically with natural phenomenon like dust and debris. Horton says that practical elements will always be used because, “while you can trick the eye momentarily with computer effects, you can’t fool the audience for longer shots of more than say seven to 10 seconds.” For a film with extended digital scenes the effects, textures, imagery and simulations have to be photo-real. Horton notes that Disney’s 2016 film The Jungle Book features, “some stunning creature, foliage, water interaction and general organic CGI. There was nowhere for the CGI to hide as there was very little live action in the movie.”

So, will the marriage of practical and digital effects continue to produce beautifully rendered, believable characters and settings, or will the rise of unrealistic expectations and itchy click-fingers continue to get in the way of good storytelling? Patel doesn’t see the downside of digital – he believes the future is bright: “Printing changed the nature of storytelling by expanding its scope outside of direct human interaction but it did not make it less ‘human’. Digital effects behave in a very similar way.” It’s very unlikely that digital effects will completely negate the human aspect of storytelling, but “neither will [they] save us from bad stories,” Patel warns, “even though [they] can make great stories even greater and give the storytellers more freedom.”

Those working across the VFX industries understand the limitations of keeping them separate from each other. Indeed, they are increasingly working together, pooling their resources and combining their expertise to create a whole new world of possibilities. The most immediate and perhaps greatest threat to film and television are the unrelenting, unrealistic demands of the marketing juggernaut, with Hollywood now in the game of making promises it simply cannot consistently deliver on. 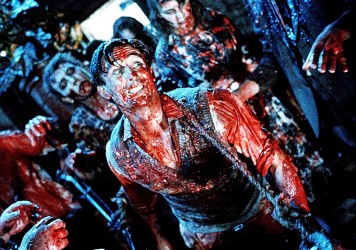