Tale of Tales is a return to a darker, more traditional form of fantasy storytelling. 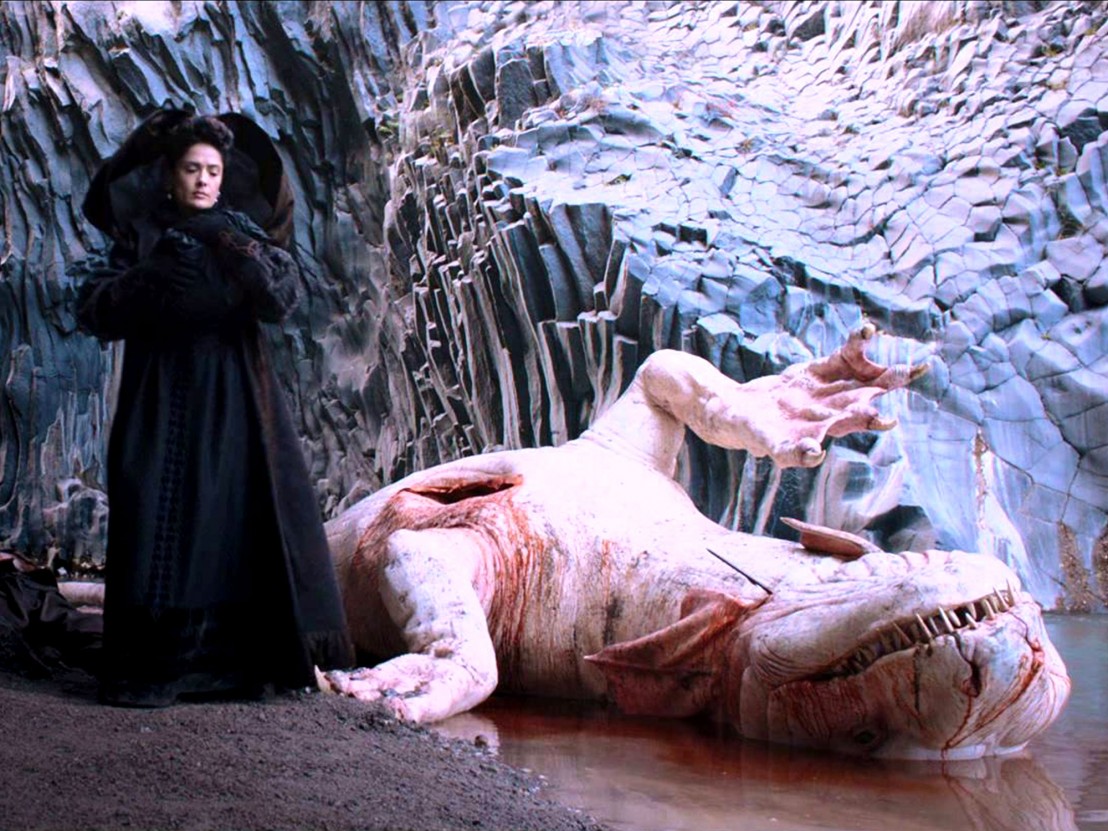 It doesn’t take long for Tale of Tales, Matteo Garrone’s fairy tale triptych, to make clear that this isn’t just another fantasy film. As John C Reilly’s King of Longtrellis is sent on a quest to slay a sea monster, he doesn’t strap on glistening armour in a quick-cut montage or sail out into a whirling CGI storm.

Instead, he slowly wades underwater in an old-fashioned diving suit (positively futuristic by the standards of the otherwise Baroque setting). Murky water obscures our view of the scene. The beast, when he finds it, is alabaster-white and fast asleep, threatening for how unsettlingly alien it appears rather than for the presence of pixel-perfect fangs. The fight is brief but glacial. Lord of the Rings this isn’t.

Indeed, the films Tale of Tales most strongly evokes are the practical effects-heavy likes of Labyrinth and The Dark Crystal. Whether or not Garrone had this particular strand of puppet-based fantasy in mind, this was certainly part of the appeal of Tale of Tales to Toby Jones, who admits that he, “had a kind of concern about CGI,” but was reassured when, “rather beautiful puppets started appearing on the set.” Jones’ King of Highhill develops a childish obsession with a giant, magical insect, and the actor fondly recalls, “watching a puppeteer lubricate and climb into the backside of a massive flea.”

Read the LWLies review of Tale of Tales

It’s not purely a question of aesthetics – or puppets – though. The Princess Bride’s visuals are mostly grounded in tactile effects, even in the surprisingly realistic rendering of a giant, carnivorous rodent. With its fairy tale bookends and daft dialogue (inconceivable!), it’s worlds apart from the po-faced fantasy we’re faced with today in the form of Warcraft and other whizzbang blockbusters. Perhaps it’s that fairy tale element which is crucial. It is the lifeblood of Tale of Tales, and (goblins aside) the likes of Labyrinth share more DNA with the Brothers Grimm than they ever have with Tolkien. But this type of tale is unavoidably one Hollywood seems to have fallen out of love with.

With Pan’s Labyrinth and the Hellboy films, Guillermo del Toro proved there’s still room for vivid, weird fantasy filmmaking. Deeply strange and unapologetically dark, his films take us to worlds far removed from our own, where unknown horrors lurk in every dark corner. Tale of Tales steps into the same space, and much has been made of the film’s grotesque moments, most of all Salma Hayek ripping into a gargantuan, still-beating heart. These moments are shocking and powerful, but Garrone carves out his own distinct territory in rediscovering the quieter parts of this forgotten world.

“There’s one image in the film that really sticks with me,” says Jones, referencing the moment when an ogre strides out of a castle, Bebe Cave’s princess slung over his shoulder. In any other film, “there’d be 900 Hollywood extras waving pitchforks.” Instead Garrone pits them alone against the imposing Italian scenery. “There’s nothing else there,” Jones continues. “It seems to belong to some memory of what that landscape should look like.”