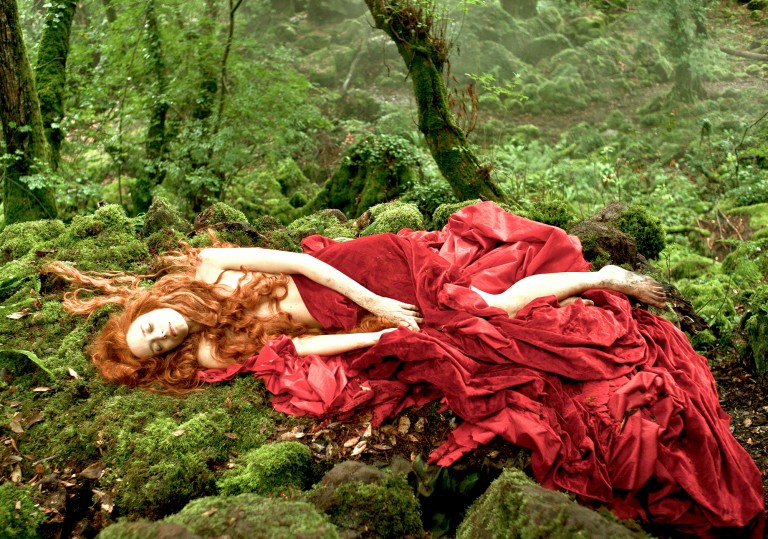 From Gomorrah to the land of make-believe for director Garrone – we’re intrigued.

The tales are charming and imaginative but fall away when it comes to the punchline.

We’re tickled, we’re charmed and we’re still wondering what the point was.

He isn’t someone with the same recognition-factor as the Brothers Grimm or Hans Christian Andersen, but the 16th-century Neapolitan poet and collector of folk tales Giambattista Basile predated both with his famous compendium, ‘The Tale of Tales’. Traditionally, such cautionary narratives have been configured to turn young minds into well-behaved citizens – which is why the likes of Walt Disney have been so attracted to them. But the stuff here, which Gomorrah director Matteo Garrone has dedicated to his own kids, proves at times profoundly, grotesquely strange.

In a trio of medieval monarchies, various royals discover that absolute power doesn’t necessarily make life any easier. Take befuddled ruler Toby Jones, whose teenage daughter keeps bleating on about marrying a prince, when what he really wants to do is get back to his pet flea – once a mere speck, now nourished so it’s the size of a small pony. Meanwhile, across the border, his majesty Vincent Cassel is making it his mission to bed every one of his nubile young female subjects, until he’s refused by a golden-voiced peasant girl, who keeps him out of her hovel because she’s actually a wrinkly senior citizen busily calculating how to turn the situation to her advantage. Elsewhere, in a country not so far away, queen Salma Hayek is wondering whether she was right to follow the advice of the mysterious seer who told her royal hubby (John C Reilly) that the best way to get her pregnant was to kill a sea monster and bring back its heart for her to eat.

The sight of the prim and graceful Hayek tearing into a hunk of offal she can barely see beyond is just one of the memorable images in Garrone’s handsomely assembled 2015 Cannes competition entry. Assorted heritage locations look the part as well, giving the whole thing the lush, captivating quality of a storybook brought to life. That in turn seems to have freed the cast to approach their roles with a certain child-like glee, sporting a generous array of assorted ruffs, doublet and hose. Cassel appears to be taking the mickey out of himself, John C Reilly plays it deadpan knowing the very sight of him in that clobber will make us smile – but then we’re smiling already at Toby Jones’ wide-eyed infatuation with his new insect friend.

Curiously, though, for all the nuggety goodness, it’s as tale-telling that the film proves slightly underwhelming, since the sundry fables all tend to peak a bit too early, and Garrone’s seemingly haphazard way of cutting between them doesn’t always make the best of their dramatic potential. Slightly disappointing really, leaving us with an exquisitely decorated folly which seems to lack a compelling reason why it’s telling these stories and telling them now. Pier Paolo Pasolini, for instance, returned to the ‘Arabian Nights’ fables as a way of exploring liberated sexuality, while William Goldman’s The Princess Bride maintained that classic fairy tales were a match for modern Hollywood. But here? In the end, we’re really none the wiser.

From Gomorrah to the land of make-believe for director Garrone – we’re intrigued.

The tales are charming and imaginative but fall away when it comes to the punchline.

We’re tickled, we’re charmed and we’re still wondering what the point was. 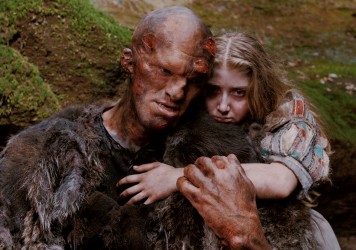 Bebe Cave, the young star of Tale of Tales, offers some sage advice for aspiring actors.