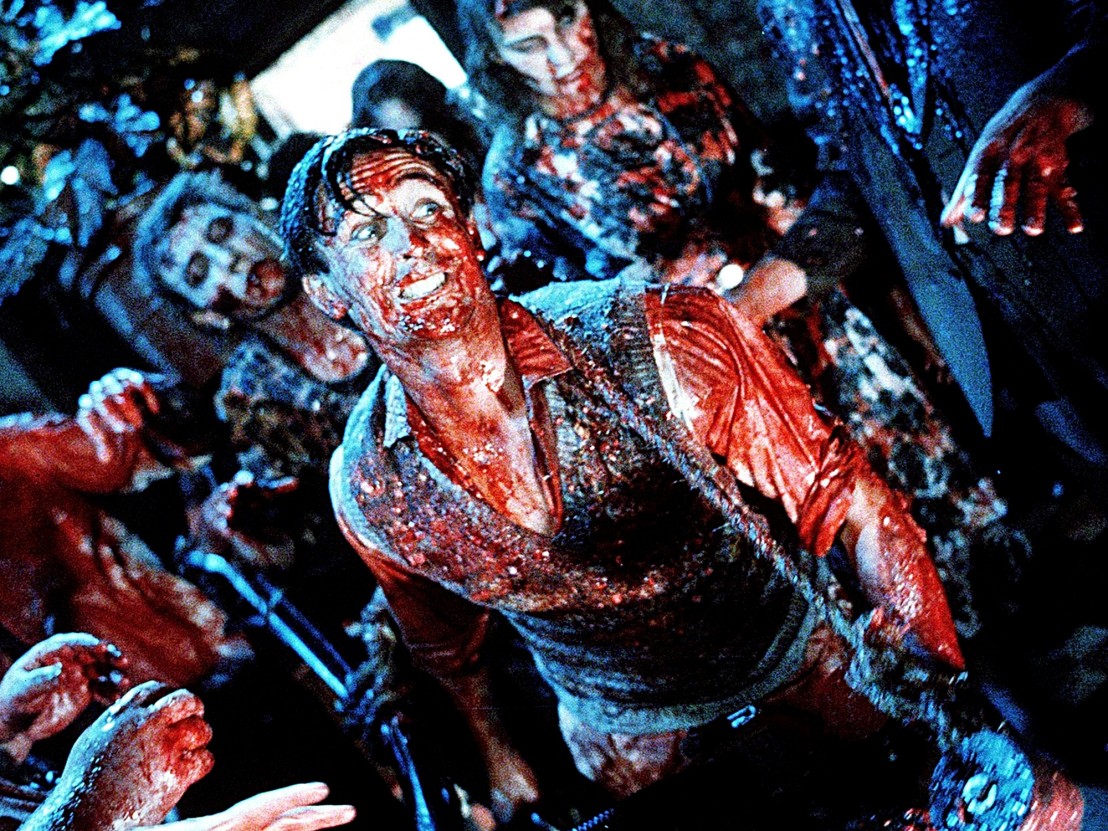 From the abject terror of seeing what looks convincingly like flesh penetrated in zombie flicks such as Dawn of the Dead and The Evil Dead, to the disturbing hybrid creatures created for the likes The Fly and The Thing which blurred the line between man and monster, ingenious practical effects marked the period spanning the late ’70s to the early ’90s as a peak era for horror cinema.

Before CGI came along to provide easy answers as to how to get ideas from the drawing board to the big screen, certain filmmakers would use an assortment of synthetic make-up, prosthetic limbs, puppetry and all sorts of oozy organic material to create some of cinema’s most enduringly gruesome images. Most of these were designed to scare, but in 1992’s Braindead aka Dead Alive – an early Peter Jackson film often cited as one of the goriest splatter films ever made – the intention is to get laughs. Its effects are every bit as brilliantly inventive, but are used as a means to create a gleefully deranged gluttony of disgusting effects for audiences to both gawp and guffaw at, rather than recoil in terror from.

Tonally, the film contains nothing like the mean spiritedness of Saw and other entries in the torture porn genre, nor does it have much in common with knowingly cruddy made-for-TV-movies like Sharknado, where the joke is how bad the effects are. In Braindead, the effects are both outstanding and the main appeal of the film. Perhaps its closest cousin is the similarly goofy, effects-driven Evil Dead 2, although even that film has a concern for building tension in the traditional horror manner that Braindead all but dispenses with. Plus, there’s something unique about the New Zealand accent that lends a particular kind of deadpan camp to all the schlocky performances.

The plot isn’t especially important, but does provide an amusing framework for all the blood-splattering chaos. Set in 1950s New Zealand, Lionel (Timothy Balme) falls in love with a girl (Diana, played by Penalver Maria Sanchez), but is held back from pursuing the romance by his overbearing mother (Elizabeth Moody). Their relationship is complicated when the mother is bitten by a Sumatran rat-monkey at a zoo, falls ill, and finally turns into a zombie, prompting Lionel to keep her hidden in his basement in the vain hope she’ll get better. But eventually he comes to accept that his mother is now nothing more than an evil flesh-eating monster, and sets out to destroy her and all the other zombies that had spawned during his dithering. 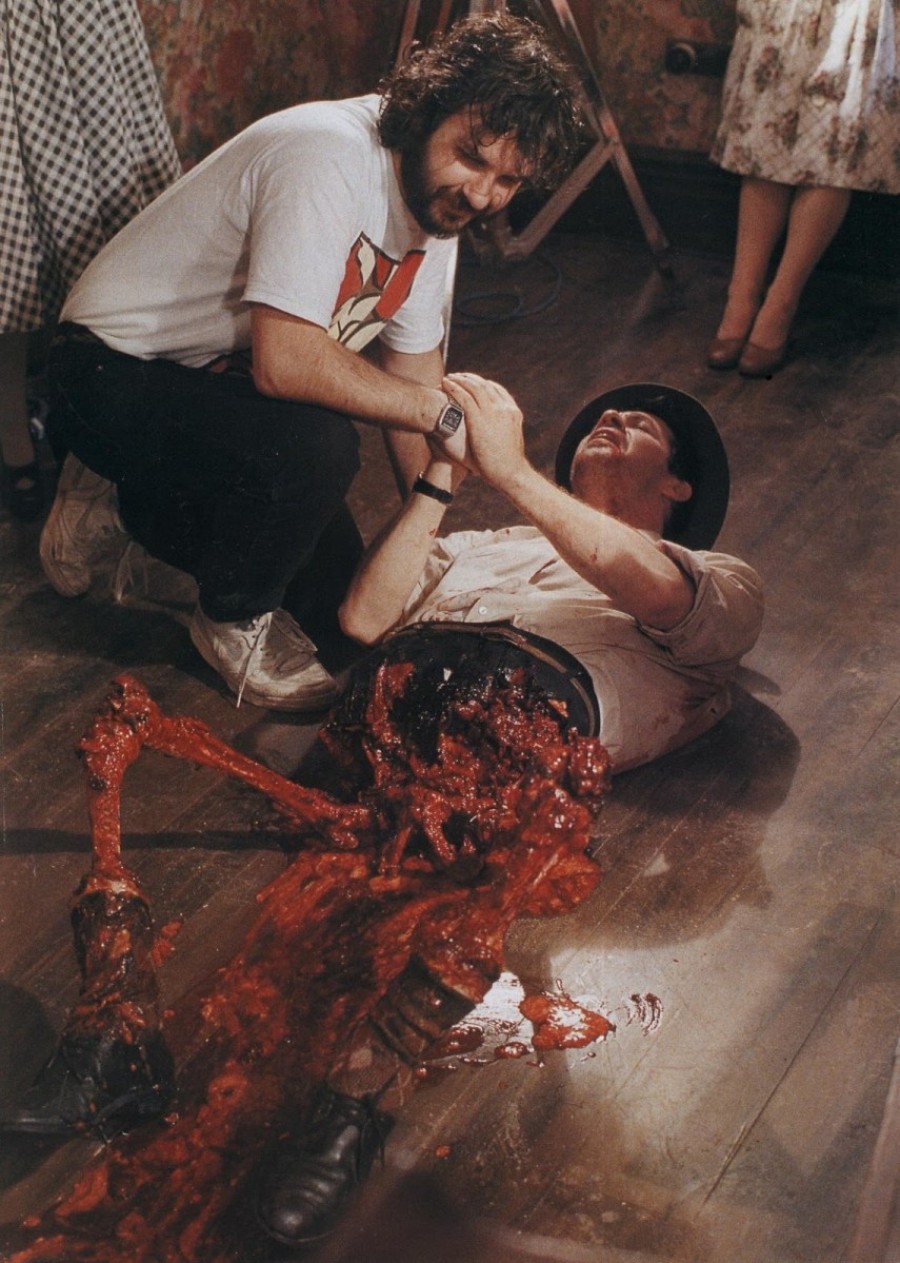 As well as models, many of the effects are achieved using puppets. The set of Lionel’s house, where much of the action takes place, was built several feet off the ground so that puppeteers could operate underneath. Perhaps the best puppet is a baby zombie called Selwyn, who wreaks havoc while all the time giggling mockingly, and whose grotesque appearance looks like something out of Spitting Image. In one of the film’s most hilariously vulgar sequences (where the puppet is supplemented by other shots of an actual two-year old wearing a bodysuit), the baby is let loose in a park, forcing Lionel to beat, kick and throw it until it is restrained again, much to the horror of onlooking mothers.

And then there’s the blood. Lots and lots of blood. Substances like boiled apple slices and golden syrup were used as a substitute, and by the end of the climactic sequence involving the revolving blade of a lawnmower, and a grotesquely literal rebirthing scene of Lionel out of his now giant-sized mother, the ground is covered in it and the various remains of the disembowelled zombies.

The release of Jurassic Park the following year heralded a transition from practical effects to special effects, something Jackson openly embraced when moving to the Middle-Earth universe at the start of the following decade. But Braindead retains a certain tactile grossness that no CGI creation has ever quite managed to replicate.