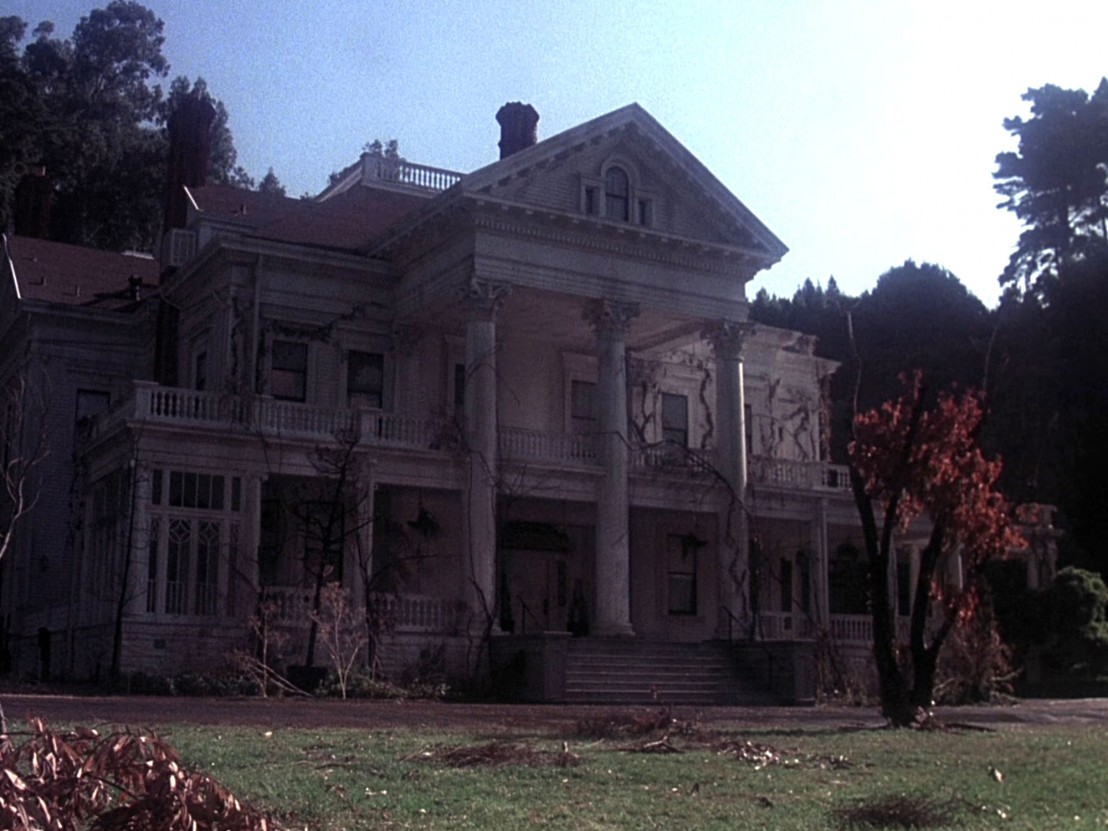 A struggling writer takes his wife and young boy away from the city to move into a big, creepy mansion in the middle of nowhere, only to slowly lose his mind when it becomes apparent the house has a malign influence. He is unable to escape due to inclement weather. Sounds like a rip-off of Stanley Kubrick’s 1980 film The Shining, doesn’t it? Except this is Dan Curtis’ Burnt Offerings from 1976, based on Robert Marasco’s 1973 novel of the same name.

Stephen King didn’t sit down to write ‘The Shining’ until 1975. And King has made no secret of his admiration for Marasco’s book (he recommends it in a reading list in his collection of essays, ‘Danse Macabre’), so it’s no surprise that there are some striking similarities between the novels. In the case of the films these become almost uncanny, with formidable leading men Oliver Reed and Jack Nicholson giving bravura performances, and both stories hinging on what lies behind the door of a mysterious, never-to-be-entered room. (In fact, both films owe a debt to English writer JB Priestley, whose creepy novel ‘Benighted’ was turned into one of the very first malevolent manse films, 1932’s splendidly spooky The Old Dark House.)

But Burnt Offerings was quickly overshadowed by Kubrick’s colossal, endlessly obsessed-over adaptation of King’s famous work. An extremely effective and much-loved horror film in its own right, Burnt Offerings is being reissued on Blu-ray in October and is worthy of a reappraisal.

While The Shining is very much a chamber piece set in the cold, grandiose halls of the Overlook Hotel, Burnt Offerings, the crowded, creaking confines of Allardyce house, is like something torn out of the pages of a ’50s EC horror comic: ghoulish, ghastly and delectably unpleasant. Critics have argued that Burnt Offerings is what you would get if The Shining was a TV movie. This is unfair namely because it snobbishly implies that Curtis, who, because he mainly worked in TV and provided some of the era’s most memorable and frightening television horror (including The Night Strangler and Dark Shadows), could only be successful in that medium. Also, if you want to see what The Shining looks like as a TV movie, you only have to watch The Shining mini-series from 1997.

Stephen King has been quite outspoken in his dislike of Kubrick’s adaptation, no doubt prompted by the director’s rejection of King’s initial script, and so the writer went on to make his own version. One of King’s problems with the Kubrick version was that he felt Jack Torrance went mad too quickly: “As far as I was concerned, when I saw the movie, Jack was crazy from the first scene.” King might actually prefer the slow descent into madness experienced by Oliver Reed’s Ben Rolf in Burnt Offerings. Rolf, a decent man trying to provide for his family, desperately clings on to his sanity – he even appears to be in denial about the fact that everything is going wrong where as Torrance seems to relish his own unravelling.

There’s a heartbreaking scene where Rolf attempts to drown his son in the swimming pool – something that had initially thrilled the pair, a house with a pool, suddenly comes to represent their undoing. Reed brilliantly telegraphs the agitation and mounting horror of a man, who, having been so used to being in control, is beginning to lose it. And in contrast to The Shining, in which Shelley Duvall’s Wendy is deemed to be “just there to scream and be stupid” by King, Burnt Offerings makes much better use of its female lead. Rolf’s wife, played by Karen Black, becomes obsessed with their new home – house proud to the point of mania – transforming into a gothic Stepford wife. Black is simply terrific here, and delivers the film’s knockout punch.

The films are quite different stylistically, too. In The Shining, rather than going for straight scares (although there are a few of those), Kubrick does his usual trick of steadily and hypnotically building an atmosphere of claustrophobic dread – all the more unnerving in the newly released 144-minute cut. Burnt Offerings, on the other hand, is an outright shocker, providing some shriek-inducing moments that fans of the film will remember from late night TV screenings in the 1980s, particularly a sequence involving a ghoulish chauffeur (character actor Anthony James) and a coffin.

The film also features Hollywood legend Bette Davis as Rolf’s aunt. Davis was no stranger to thrillers later in her career, appearing in the likes of Whatever Happened To Baby Jane? and The Nanny. Watching Burnt Offerings, a famous line of dialogue from All About Eve springs to mind: “Fasten your seatbelts, it’s going to be a bumpy night.”

Burnt Offerings is released on dual format by Arrow on 17 October; The Shining Extended Edition, is out now on Warner Home Video, and will be showing at selected cinemas over Halloween. For more info visit bfi.org.uk 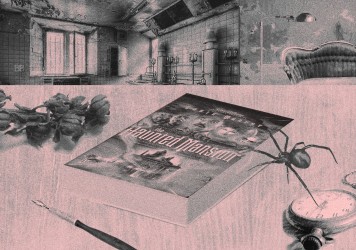