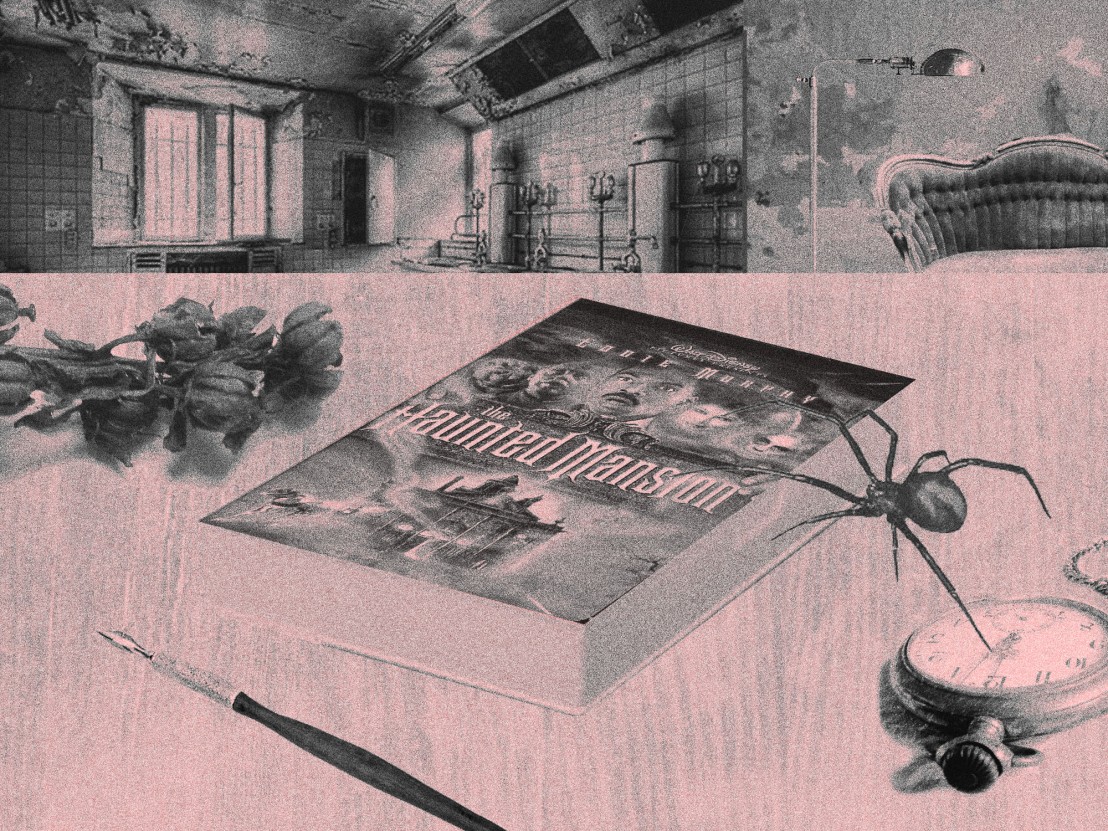 Ex-Rent Hell is a column dedicated to the seamier side of the 1980s VHS boom (and beyond). Each time, ERH selects a film from this cursed era and asks one simple question: what went wrong?

Tagline: ‘He’ll be happy to serve you… on a plate!’

Cherrypick: “Is that the sofa from 20,000 Leagues Under the Sea in the Tiki Room?”

With thanks and apologies to the cut-up techniques of William S Burroughs, David Bowie and the IMDb User Reviews section.

The Haunted Mansion, huh? Making rides into movies, huh? Only Disney, with its famous theme rides, could get away with this. Can you imagine making an entire film set on a generic ferris wheel in a shopping centre parking lot? Would have made a good Warhol film. The words cliche, predictable and tiresome don’t even begin to describe my thoughts as I shook my head again and again at the droll that was being thrust into my brain. Sometimes I just want to relax with a mindless movie. Not all movies have to make you think. This movie definitely did not make me think. The hour and a half I sat there, I did not have to stress about things like work, bills, ex-wife, etc… It brought me to a comfortable state of non-thought. It’s not bad enough to make little kids cry.

As president of the unofficial Haunted Mansion Fan Club, one would think that I could scrounge up even a little bit of love for this movie. I even have a copy of the limited soundtrack of the entire ride, as well as the other “Haunted” houses at Disney parks worldwide. If any of you have been to the attraction either in Florida (the best version), Paris (the scariest version – although it’s not as scary as similar horror attractions in the Copenhagen area where I live) or California (I haven’t been there yet), you will note that throughout the film, the resemblance of the mansion was uncanny, not a mistake to be seen. But from reading, this plot is more based on a ride in EuroDisney ™ called the Phantom Manor, so I may have my questions answered there.

I put off seeing this movie because I believed a few poorly negative reviews and a poorly analysed bad review from a friend. Recently, this movie was recommended by a seven year old that I am related to and I thought “Well why not?” and watched the movie before I left for work that evening. I thought, here is the chance to satisfy my bizarre and difficult-to-quench movie cravings! As a professional, Goth/Macabre/Erotica author, anything chilling, romantically tragic and down right elegantly creepy is right up my alley. It opens with two suicides. Ha ha ha ha ha ha haaaaaaaa!

In this fun-filled event, a guy named Jim Evers (Murphy) takes his family to a mansion. He is a money-grubbing real estate man with his wife who takes his unloved family to the mansion hoping, and hilarity ensues. The plot was so simplistic and done a thousand times. A guy, in this case a ghost, wants his long lost love back, who he thinks is reincarnated as Jim Evers’ wife. He believes she committed suicide back in the day. Also features an entertaining performance by a barbershop quartet (the singing concrete men). Maybe a talking animal could have helped this movie, but I doubt it.

The plot was very thin (pardon the pun) and the rip offs quite evident. This is without doubt the worst film ever made and I have seen Faust. I mean it was racist; it was about a black real estate family being defeated by all those ghosts and stuff how can this movie be considered Disney????! I’d rather watch “SCHTOOPIDBABIES: BABY RETARDS DOO” in title repeat on my DVD player than watch this pile of tripe, seriously!!!!! However, I have seen this movie over 100 times and I do love it. Rent the DVD and see if you like Haunted Mansion for yourself. If it does not please you maybe your kids will like it if you have any. 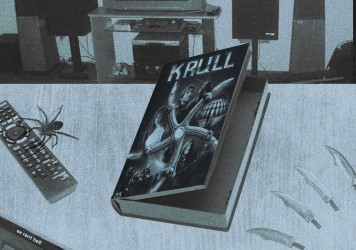 Remember this fantasy cult favourite in which good triumphs over evil with the help of a flying swastika?