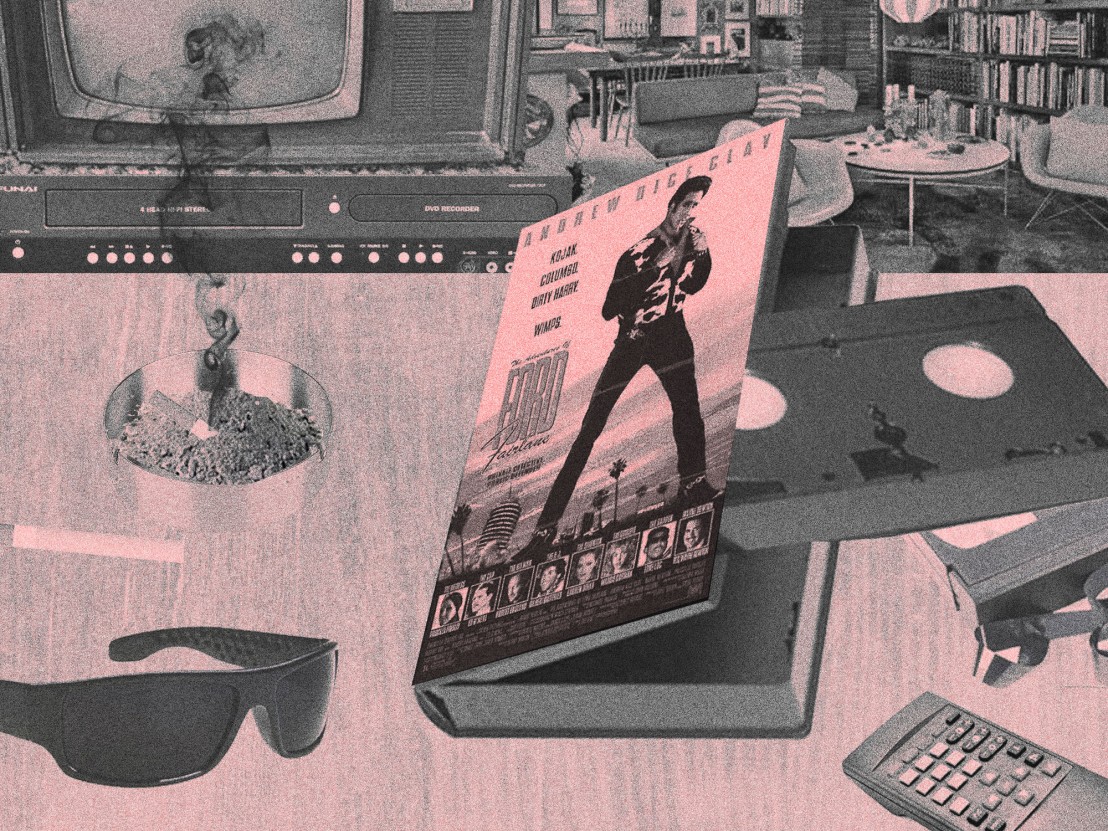 Tagline: Meet Ford Fairlane. To his clients, he’s the world’s greatest Rock‘n’Roll detective. To everyone else, he’s just a dick.

Clay’s stage act verified that what audiences wanted from an entertainer was not to be educated, informed or regaled with coked-up blarney, but to be insulted, belittled and, above all, offended. And though he endures as a comic touchstone for each new generation and a perennial playground/YouTube favourite boasting more internet hits per day than Turkish Star Wars, his sign o’ the times pandering and unremittent fag’n’hag baiting meant that by 1990 he bestrode Madison Square Garden like a goombah colossus and was racking up more PC-gone-mad column inches than Rob Lowe’s ‘nature films’.

Hollywood’s ears were being well and truly pricked… Probably the Ex-Rent Hell entry in which the budget to entertainment ratio reaches its most harsh and crepuscular aspect, it is perhaps more satisfying to speculate on the meetings that led up to Clay’s first starring vehicle than to consider the splenetic, misogynist vodka advert that was subsequently vommed across our screens. Meetings, one senses, that were held in a New Jersey jacuzzi showroom and concentrated less on story or tone than optimum sideburn length and the location of the casting couch.

The film itself sees Dice’s titular LA music industry detective Ford Fairlane waddling up and down the Sunset Strip, making endless queasy quips about “raping somebuddy’s mudder” while decked out in hand-tooled cowboy boots, skimpy muscle top and a variety of hideous, gaudy leather jackets that make him look less like the been-there, done-that rockabilly hepcat he imagines and more like the fabled Welsh Rodeo Clown character that was left on the cutting room floor of the Village People’s Can’t Stop the Music.

The putative comedy spins around some missing CDs and pounds to the 4/4 beat of desperation as an ERH Camelot of Wayne Newton and Priscilla Presley collect paychecks they don’t need from a film neither will ever see. Clay breezes through a series of elaborately pointless ERH staples – backlot nightclub, garden party, the ever-dependable pier – spouting a lo-cal version of his shitty schtick that will hopefully play in the boonies.

A camel, they say, is a horse designed by committee. The lessons learned by Ford Fairlane’s frenzied attempts to shackle the bucking bronco of Clay’s stage act to the flyblown demands of Tinseltown’s eternal charnel wagon would ultimately allow such potty-mouthed mud-jugglers as Adam Sandler and Will Ferrell to genetically modify that particularly confused equine enough to become improbably big stars.

Like a born-to-lose street hood, the Diceman had gone straight for the chump change. His knowing successors would strategically bide their time and hold out for long money. Of course Sandler, that calculating little bastard, would have the advantage of having graduated from Yale. Exactly what school Dice went to school is hard to judge – but wherever it was, they taught some fucked up nursery rhymes. OHH!!!

This article was originally published in LWLies 13: the Control issue.