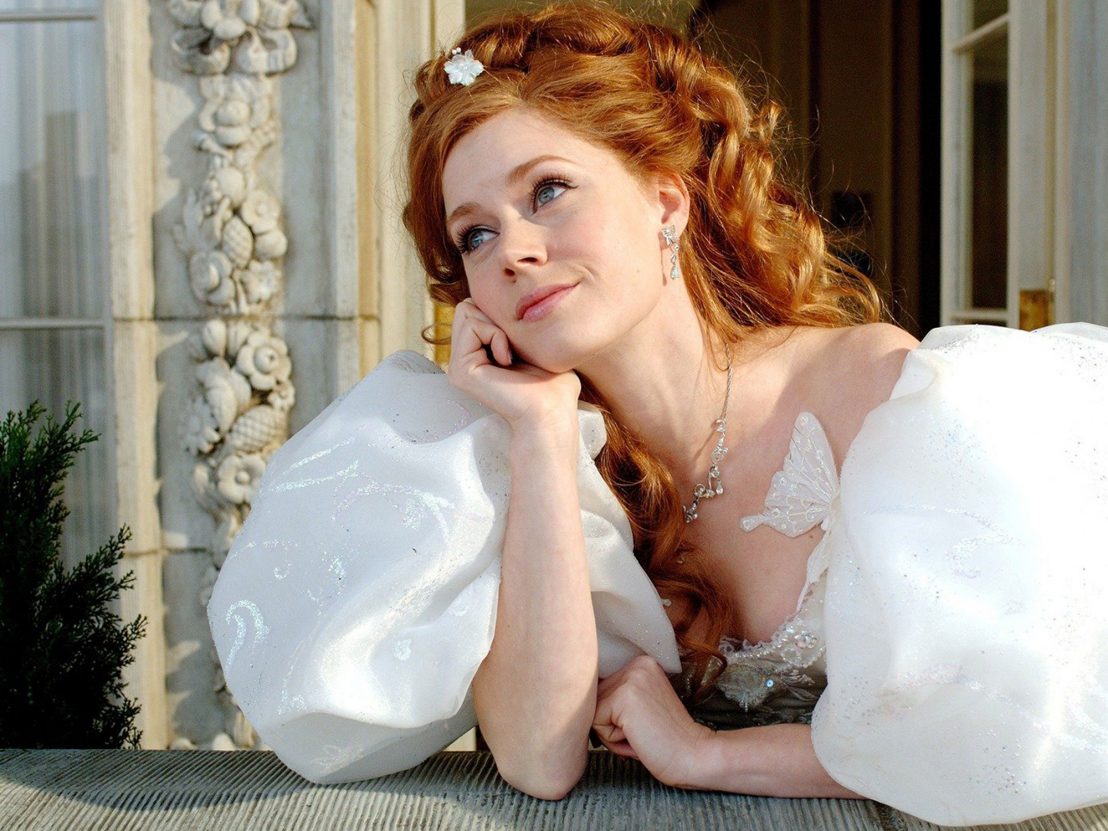 The 2005 film Junebug was, at one point, destined to be the untimely swansong of the actor Amy Adams. At thirty years old, she’d been promised the moon with memorable roles in the likes of 1999 beauty pageant comedy Drop Dead Gorgeous and smallscreen behemoth, The West Wing. Everything she did was a promised big break. But little made an impression, from TV shows being relegated to the Friday night death slot after a handful of episodes, to film-defining bit parts that just didn’t quite work out.

When she played candy striper nurse Brenda in 2002 chase comedy Catch Me If You Can, director Steven Spielberg sang her praises. In a 2008 Vanity Fair profile, he said: “that was the part that should have launched her career”. By the time she landed in North Carolina for Junebug, she’d made a decision – make the film (which at that time seemed destined for very little) and then move on. But something or someone had other plans. She went to an audition, just a face in the crowd and another number among hundreds of other actors. She won the lead role in Disney’s live-action fairytale, Enchanted. Combine that with a miraculous Oscar nomination, and that long-awaited big break had finally arrived.

Adams, fair skinned, big eyed, with flaming red hair (dyed from her natural blonde), felt like she’d been dropped in from a more innocent time of triple-threat stars and musical-driven cinema. Remember, this was the era of Angelina, Jennifer and Julia; of Lara Croft and Rachel Green, where romantic comedies owned the box office. Chicago had won Best Picture, but the cachet of supermodel-ready stars didn’t have the character to carry the musical revival flag. Drew Barrymore, fresh from Charlie’s Angels, topped Forbes’s list of highest paid actresses, with $22 million.

In an age of statuesque action stars and football wives, Adams was Rita Hayworth’s playfulness and vigour mixed with Audrey Hepburn’s innocence and shyness – think The Nun’s Story, Roman Holiday or Sabrina. She was even thrown into a film that felt like it was ripped from cinema screens sixty years earlier – the musical dramedy Miss Pettigrew Lives for a Day, where she plays a scatterbrained American actress attempting to break into the business, as well as navigate relationships with three very different men. Vintage-inspired photoshoots ran amok, as they would for Jessica Chastain, another seemingly overnight-success redhead, half a decade later, hailed with affectations of being otherworldly and somehow more innocent as a result. It was a welcome throwback for the moviegoing public. 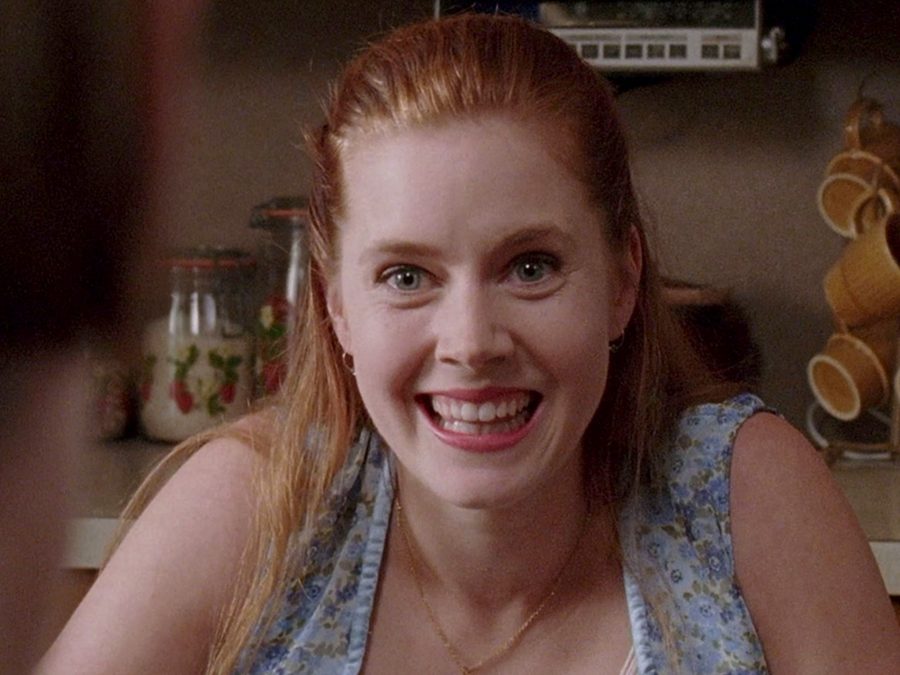 Junebug understandably staked the claim for such statements in regards to Adams. The first shot of her in the film, her excited, bug-eyed visage fills the frame. She’s elated and unable to sit down out of sheer excitement from the imminent arrival of exotic out-of-town visitors. She plays Ashley, the heavily pregnant and unrelentingly optimistic sister-in-law of an art dealer (Alessandro Nivola) who left for Chicago and hasn’t looked back until his fiancee, Madeleine (Embeth Davidtz), chases an outsider artist close to home.

Ashley is innocence personified and somewhat virginal despite her situation, almost begging questions as to whether the pregnancy is some kind of strange, immaculate conception. Madeline is out of place in a world of pot luck dinners and so much space. She betrays effortless calm and, in reaction to the revelation that she was born in Japan, Ashley breathes disbelievingly “you were not!”, as if outside of North Carolina were Middle Earth. Ashley and her husband (Benjamin McKenzie) look like they should be barely out of playing house, let alone buying and filling one of their own.

Ashley’s story is innocence lost, a mode in which Adams is well-versed. The success of the film depends on the gradual wavering of Ashley’s sunny façade, the small cracks revealing something much darker and sadder underneath. Adams perfectly imbues Ashley with shades of grey behind the shimmering light. Like Audrey Hepburn before her, she played a novitiate – the height of submissive innocence – in John Patrick Shanley’s Doubt, one who’s close-knit world is rocked by horrific revelations of sexual abuse.

And in Enchanted, her image as one of pure innocence is cemented only further as she plays a Disney princess who flutters out of her cartoon land and into the harsh, dirty reality of New York City. Cutesiness was the word – after all, Brenda, before she’s left heartbroken by Leonardo DiCaprio’s con-artist, had pigtails and braces, just in case one hadn’t gotten the idea.

Giselle, Sister James, and Brenda are a few names on the laundry list of Adams’ almost-adults, wives, and endless supporting roles, most of whom are pushed into the shadows by powerful and (mostly) angry men. She is knocked around by a tyrannical husband in The Fighter and Big Eyes, left to find love in a computer in Her. As the barefoot-and-pregnant wife of Philip Seymour Hoffman’s cult leader in Paul Thomas Anderson’s The Master, she plays the brains of the operation, which comes as a welcome change.

But she still exists in someone else’s world. She earned her first lead acting nomination at the Oscars for American Hustle, playing a con artist who feels more comfortable in a constant game of dress-up than in reality. Yet she was still a pawn in Christian Bale and Bradley Cooper’s nonsensical power games. Even Tim Burton’s Big Eyes, where she plays successful artist Margaret Keane, claimed to be about her. In reality, the director seemed hell bent on wrestling the film from her at every turn. 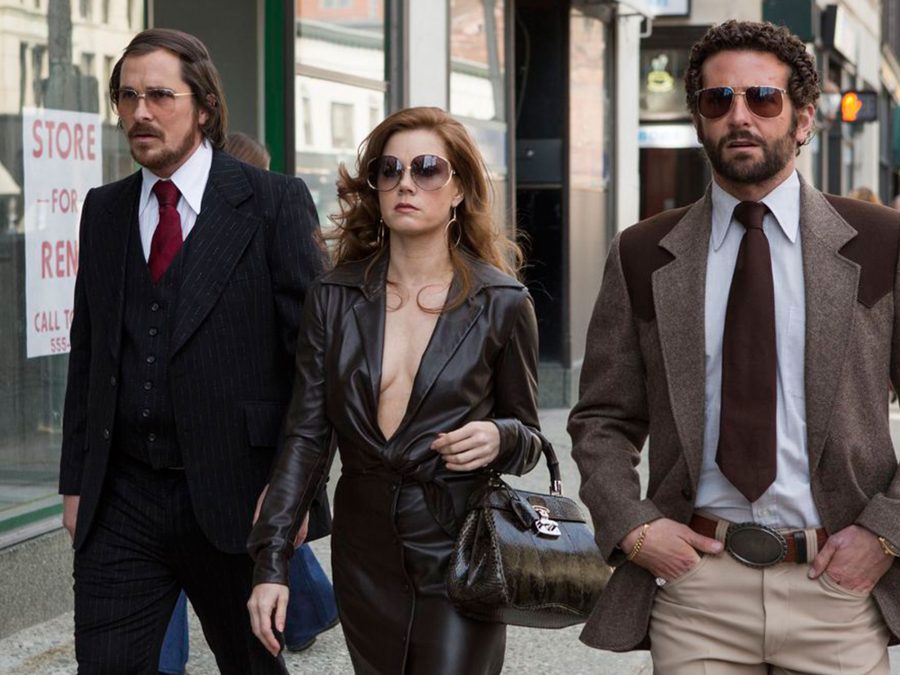 It’s in Denis Villeneuve’s Arrival that she experiences a coming-of-age. She is omnipresent throughout the film, absent only for short moments. She is the centre of her own story. She plays a linguist challenged with the task of communicating with aliens that come to earth in mysterious pods, while also ensuring the world doesn’t fly into a self-destructive panic. Quite literally, she’s in charge of the future of, and uniting, a world more divided than ever. Finally, she commands the screen for largely only herself, the emotional and intellectual core of a film, her voice and gaze allowed to be sure and steady.

As Doctor Louise Banks in Arrival, she gives arguably her most intriguing performance since playing Ashley all those years ago. She’s finally playing an authority figure, the smartest person in the room at last, but she’s also finally given the complex narrative previously only afforded to the men she supported.

The film initially focuses on her mysterious grief that provides the fascinating and moving duality of the film. Her life feeds into her work, and vice-versa. It informs her past, present and future. When the implications of the heartbreaking undercurrent are revealed, so is the true wonder of her performance. It requires her to balance both head and heart, the scientific and emotional, rational and irrational realities of the situation.

Arrival is solely Doctor Banks’ story, delivered and controlled by her. When her face occupies the frame (it never fills it, another sign of agency), it’s to show loneliness, despair, a complex history that has witnessed the world’s horror and beauty. It’s the opposite of innocent submission, of Brenda’s pigtails and braces and Giselle’s lovable naiveté. Ashley may have marvelled that there was a world beyond South Carolina; but ten years later, Doctor Banks has finally been allowed to see it all. 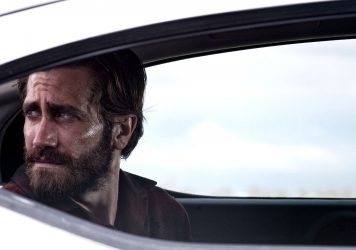