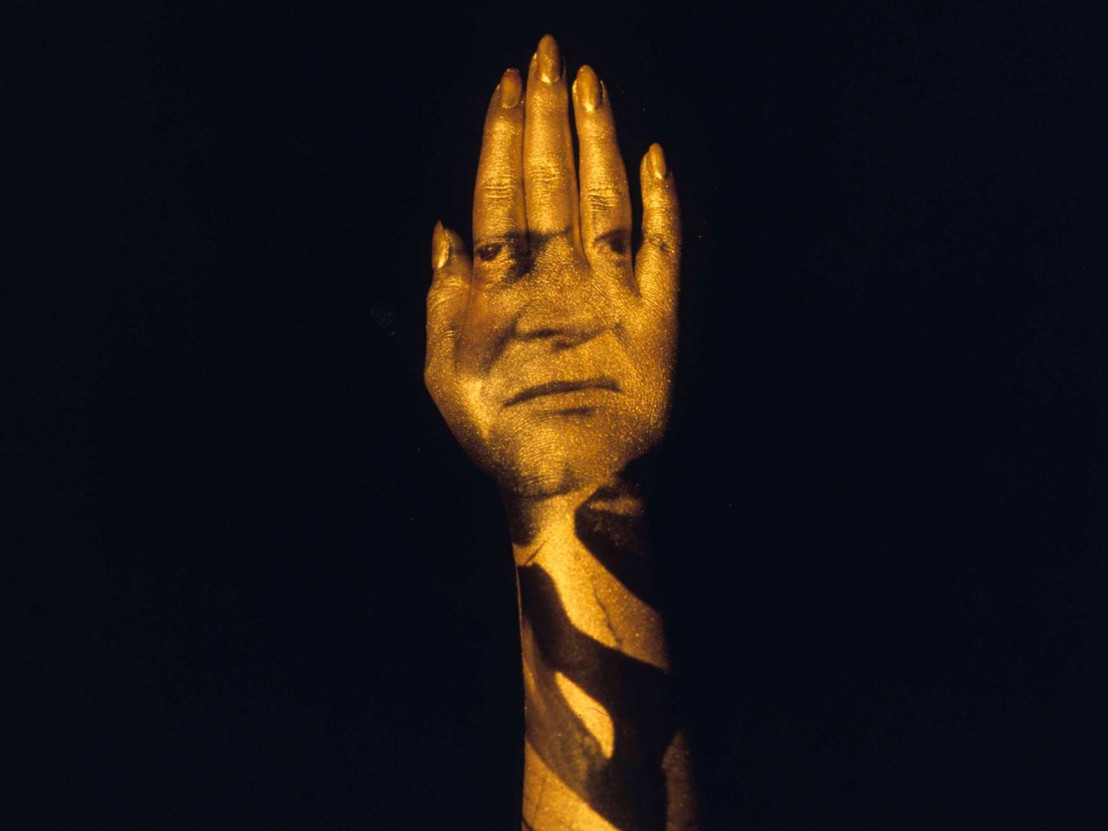 Few cinematic institutions are as resilient as the Bond franchise. Initially emblematic of the styles and trends of the 1960s, the personification of excess and cool, it declined in the ’70s, barely survived the ’80s, and then reinvented itself twice, first in the ’90s and then the mid ’00s.

When it all began, Bond was a fun-filled caper, fronted by a charismatic super spy who shoots people and sleeps around. Now it’s a serious, gritty drama with a more muscular version the same Secret Service agent. One of the defining and most enduring features of the franchise – evading the dips of quality the films themselves – is the opening credits sequence. More than that, they have so far accurately reflected each era’s distinctive feel, capturing the essence of the kind of Bond movie we were about to watch. Here are 10 of our favourites from the estimable Bond back catalogue.

Behold the original Bond title sequence, which is sometimes referenced in later Bond sequences. The bullet hole that swerves around was a genuine innovation of its the time, as it created a kinetic energy that held the audience’s attention. Created by career title designer Maurice Binder, who made the majority of the early title sequences, it’s fun, colourful and predates the mobile phone video game Snake by some 30 years. It also descends into a dance where everyone holds their hands up. Remember those hands, because they are a key constituent of the Bond title sequence.

The credit sequences for the next two films, From Russia with Love and Goldfinger, were designed by Robert Brownjohn, who as as Art of the Title point out, loved typography. More than that, his style was to overlay the credits onto human figures – in the case of both films, scantily clad women. Goldfinger was the first Bond title sequence to feature characters from the movie, superimposed onto a gold-painted model. If Bond was an art installation, this is basically what it would look like. It’s a simple, sensual opening sequence. The next instalment, From Russia with Love, established another early Bond motif: women wearing very little.

Binder returned to make the title sequence for Thunderball in 1965, which would be the first that used the ‘dark silhouettes on a coloured backdrop’ theme. Binder struck gold with the idea, and one of the best opening sequences from the ’60s and ’70s is On Her Majesty’s Secret Service, which opens with the line, ‘This never happened to the other fella,’ uttered by the Commonwealth Bond, George Lazenby. The film was made in 1969, and is representative of Bond as many still see him: Martinis and the British Empire. By this point the women are no longer wearing clothes. The new dominant theme of Bond title sequences is nipples.

A peak into Bond’s subconscious now: the title sequence for Diamonds Are Forever sees Bond about to shoot a vagina just before it turns into a diamond.

Hands were also important in this period. The nourishing hands of a woman catch Roger Moore as he descends on a parachute in the 1974’s The Man With the Golden Gun, and the sequences of the 1970s are fairly silly, featuring naked women jumping in the air in 1979’s Moonraker (a naked Superwoman even makes an appearance). For Your Eyes Only again features hands, this time as a woman desperately tries to crawl out of Roger Moore. It also features Sheena Easton, the only time the performer of the Bond song was featured in the title sequence. Thankfully, this was a one-off.

The 1980s were all about lasers. And good Bond songs. The Dalton years saw some of Binder’s best work, as old motifs like naked women were fused with lasers, and a generally darker, neon feel. According to Art of the Title, lasers first became a thing in Bond title sequences in Octopussy, which used them with plenty of smoke to suggest an air of mystery. This sequence also memorably sees Bond throw a woman across the credits before proceeding to have tantric sex with her. A View To Kill opens with a woman revealing her cleavage, only to have a lasered 007 on her chest, which even for Bond is pretty unsubtle. For our money, the best Bond title sequence of the 1980s is The Living Daylights, which features a song by A-ha. In it, Bond impregnates a woman by shooting 007 inside of her with a laser gun. When Bond does LSD…

Binder’s last sequence was License to Kill in 1989, arriving before Bond took a hiatus, returning in the form of dashing Irishman Pierce Brosnan in 1995. Designed by Daniel Kleinman, it’s a much more colourful sequence than Binder’s usual stuff, and is literally crawling with naked women, who are destroying phallic symbols of communism. This sequence is what Bond sees when his therapist makes him take a Rorschach test. Kleinman cut his teeth in music videos, and directed one of the best music videos of the 1980s, Big Love by Fleetwood Mac.

The music video is an early indicator of where Kleinman would take the Bond title sequences (the colour palette is very similar), but it also shows the same imaginative streak when it came to structure. GoldenEye was a transition sequence though, as Kleinman would unleash his creative vision with Tomorrow Never Dies, his best sequence. Similar to Binder, it updates the formula with CG women made of circuitry, which is as creepy as it sounds. Figures are locked in bullets. We see guns through an X-ray. It’s all rather stunning. Interestingly, this was the first Bond title sequence not feature 007 since Dr No. It’s Bond’s nightmare, in which the technological future assumes the form of his mortal enemy: women.

Throughout the 1990s, Bond title sequences displayed a curious fascination with covering women in something dangerous, be it circuitry, oil (1999’s The World Is Not Enough) or fire and ice. The last one is the theme of Die Another Day, where Bond is surrounded by women who are made out of fire and ice, and who both dance on the fire that is used to torture him and provide consolation. The naked silhouettes, a staple theme since the 1960s, is now more alluring and much more dangerous. This is reflected in each of Brosnan’s Bond films, as the stakes and danger to the world are considerably higher. Also, at one point, Madonna sings, ‘Sigmund Freud/Analyse this’. Indeed.

Instead of women we get cards, which makes sense in that Casino Royale was supposed to reboot the franchise and bring it more in line with the popular Bourne series, which ditched the romance for set pieces. Kleinman explained the absence of women by saying that Casino Royale takes place before Bond has his heart broken, which is a weird thing to say, but suggests that the sequence was motivated by Bond’s fears and vices.

It’s a neat title sequence, apart from the fights that Bond is having with the men in red, which feels like overkill. As Art of the Title points out, however, it is much more in line with the more modern, violent Daniel Craig-era Bond. The amount of colour is refreshing, as is the visual symmetry. The bit where Bond is sitting and screwing the silencer on to his gun is a cool visual. The only woman is when Bond’s sight comes across Eva Green. But he doesn’t shoot. He’s not a monster. Yet.

Quantum of Solace was the first Bond title sequence to be executed by the studio MK12 and the film’s director, Marc Forster. It’s a fairly average sequence, with Bond in the desert. At one point he awakens gigantic slumbering women made out of sand, and falls down, Mad Men-style. Scratch that, this is definitely the fever dream Bond has before he wakes up in cold sweat.

Skyfall, on the other hand, is one of the most referential Bond sequences, reflecting the sense of finality present throughout the film. Adele opens the sequence by warbling, “This is the end.” The hand, which caught Robert Moore’s parachutist in The Man with The Golden Gun, is back, this time to drag 007 underwater. At one point, Bond shoots his own shadow, and inside him is a blood skull, neither of which is particularly subtle, but well composed nonetheless.

It’s an impressive sequence, shot by the returning Kleinman, until the weird dragons and the point at which it all starts resembling Gnarls Barkley’s Crazy video. The sequence is a far cry away from the ’60s or ’70s Bond openings, and reflects the change in tone that the franchise has undergone as social mores have changed. Even though Bond remains one of the most conservative franchises in existence, we now live in the age of the gritty anti-hero and easily accessible pornography, which has made sequences like On Her Majesty’s Secret Service feel out-dated and tame. As the Bond franchise has progressed, meta commentary within the sequences has also become a theme that is increasingly obvious: Skyfall, after all, leaves us closing in on Bond’s eye, which as we all know, is the mirror to the soul.

The title sequence of the new Bond film, Spectre, will once again be designed by Kleinman, his seventh one. Hopefully, the franchise will return to the innovative spirit of the Brosnan Bonds, rather continue with the slick but ultimately dull fare of the Craig years. If the rumours are true, and Radiohead really is recording the theme song, the possibilities are endless.