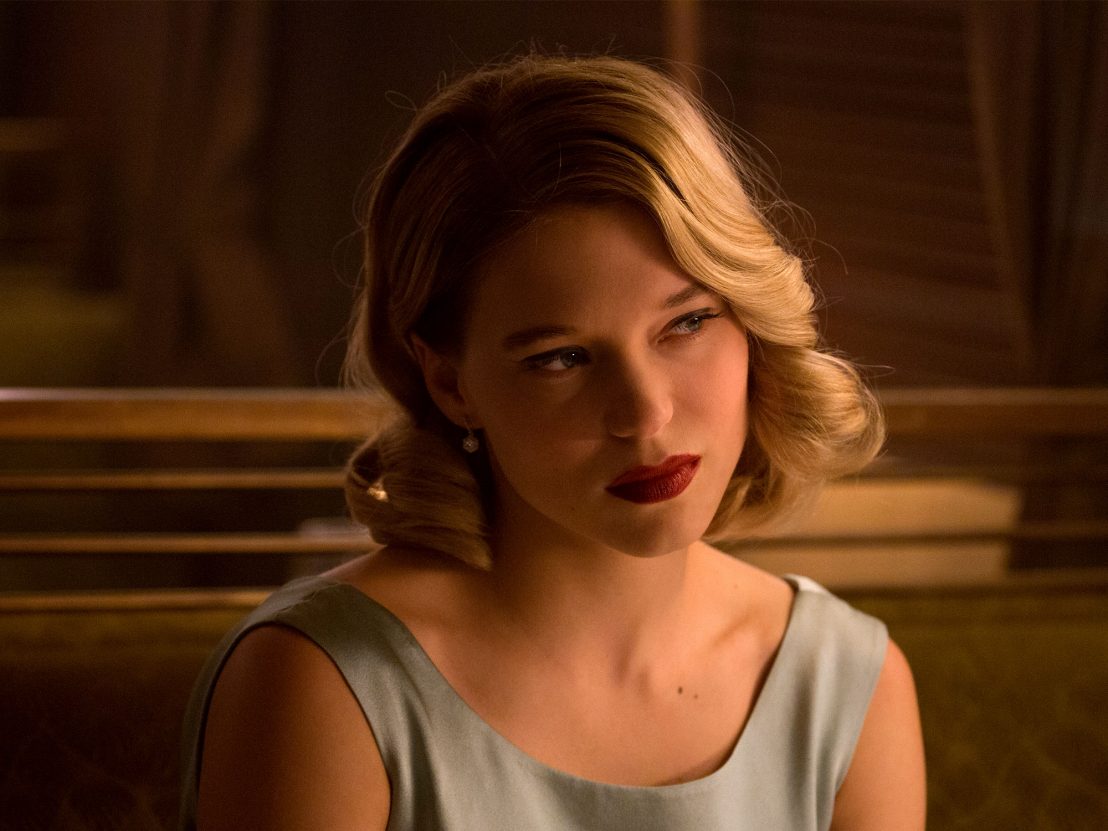 We would like to proffer a gentle plea that the entire world, from this day onwards, cease using the term “Bond Girl” by way of a descriptor for certain (never all!) female characters in films concerning the covert travails of the omnipotent and increasingly angular MI6 super-spy, James Bond.

Ahead of the release of newest franchise entry, Spectre, which drops into cinemas worldwide on 23 October, a morsel of marketing bumf was ejected into the world which comprised of a composite image of the film’s female stars. A range of websites duly responded by announcing a chance to catch a first glimpse of this year’s cachet of Bond Girls. It was purely and simply a licence to ogle.

As financially successful and beloved as they are, the James Bond films should not exist beyond the scruples of basic political correctness. Just because this crude hangover from the ’70s still maintains its place in the common parlance should not be reason for people (discerning or otherwise) to blithely accept it and perpetuate it. There’s the sense that it may be an exercise of tilting at windmills when it comes to suggesting that these pop-cultural millstones are actually hindering theses movies, as bank balances speak loudest and longest when it comes to gauging success.

Maybe these crass shorthands – the Bond car, the Bond watch, the Bond drink – are what make these films work, a case of simple, cosy audience wish-fulfilment? Lest we forget, this concept was the central joke of an entire episode of Alan Partridge. Facile compartmentalisation is what prevents the dinosaurs from becoming extinct, to wit…

the reemergence of the dinosaur in 2015: JURASSIC WORLD, THE GOOD DINOSAUR, SPECTRE…

At its most rudimentary level, it’s a term that reduces the female characters in these films to mere doled-up chattel. Their personal arcs are tightly sewn in to the emotions of Bond himself – it’s not about how they’re feeling, it’s how their feelings effect the feelings of our lantern-jawed hero. They are built in the knowledge that they are expendable, that it’s in the interest of the franchise’s future that they must be single-serving, that they must be swept-aside to make way for the future intake. This is a generalisation, but it’s made because these characters have been unfairly jostled underneath this ghastly semantic umbrella by fans and pundits, that their generic status makes it tougher to take them seriously.

In Skyfall, this antiquated term did less-than-no favours for its short-lived female heroine. The term itself is one which automatically sexualises the character, whether that fits with the reality of the situation or not. Bérénice Marlohe’s Severine is introduced as the kind of svelte, Euro-seductress that’s a standard of the series. It is quickly revealed that she has been the long-term captor of her male boss who summarily abuses her; a depressed and frightened sex slave, essentially. Yet, because she is The Bond Girl of this particular work, it is fundamental to the progression of events that Bond tracks her down and ravishes her in a shower. It’s a highly dubious scene, and one which exists solely as a weak screenwriting crutch, as she is later employed as a stock emotional bargaining chip. Again, she has no personal arc. Her cruel fate, her very being, is there as cheap sentimental stigma for the main man.

This, however, is one example, and the fact is, the “Bond Girl” epithet serves to swaddle the series’ own plucky attempts at being progressive. Izabella Scorupco’s Natalya Simonova from 1995’s GoldenEye can certainly be seen as a step in the right direction, she was more a tough-as-nails partner to Bond than the standard piece of arm candy. The same goes for Eva Green’s Vesper Lynd in 2006’s Casino Royale, a far richer and more complex female character than the reductive “Bond Girl” term allows for, the eventual, ahem, wrapping-up of her plot-line now ensconced as one of the most memorably sad moments in the franchise’s history. Yet in a historical sense, these characters are limited by their required classification. They join the scantily clad huddle rather than being allowed to stand alone as individuals.

Just how Léa Seydoux or Monica Bellucci will fare in Spectre is something we will have to wait for. As long as they remain “Bond Girls”, the impression that they are of secondary importance will remain, whether that’s the case or not. We can now only hope that some bright spark down in marketing doesn’t attempt to come up with a more liberal and dynamic alternative that can plague our sense of decency in a new and exciting ways.