From American Gods to GLOW, we take a look at the brightest stars to grace the small screen this year. 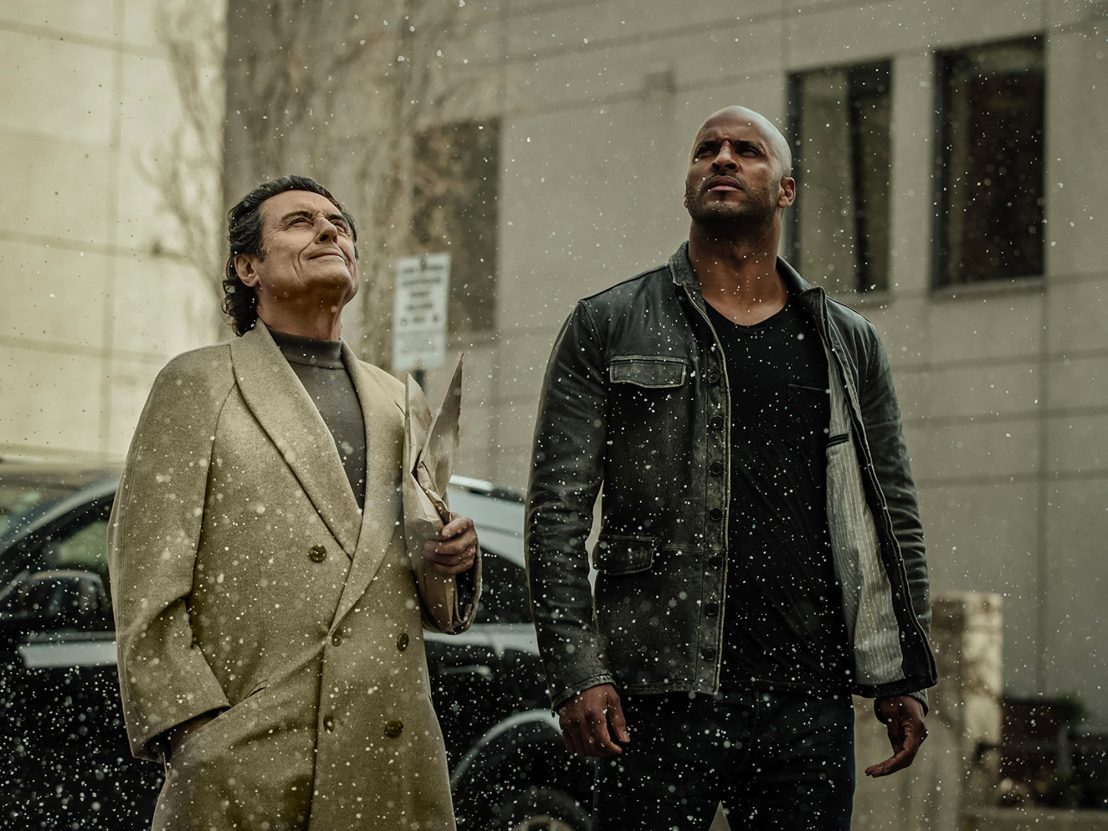 From film directors making their small screen debuts to utterly bizarre animated comedies, it’s been a rollercoaster year for television. In an attempt to make order out of chaos, we’ve put together this run-down of the best new shows released during 2017 (and for this reason Twin Peaks didn’t make the cut). Looking for something to binge-watch over the festive season? This list is for you. Have we missed your favourite? Let us know what had you glued to the screen @LWLies 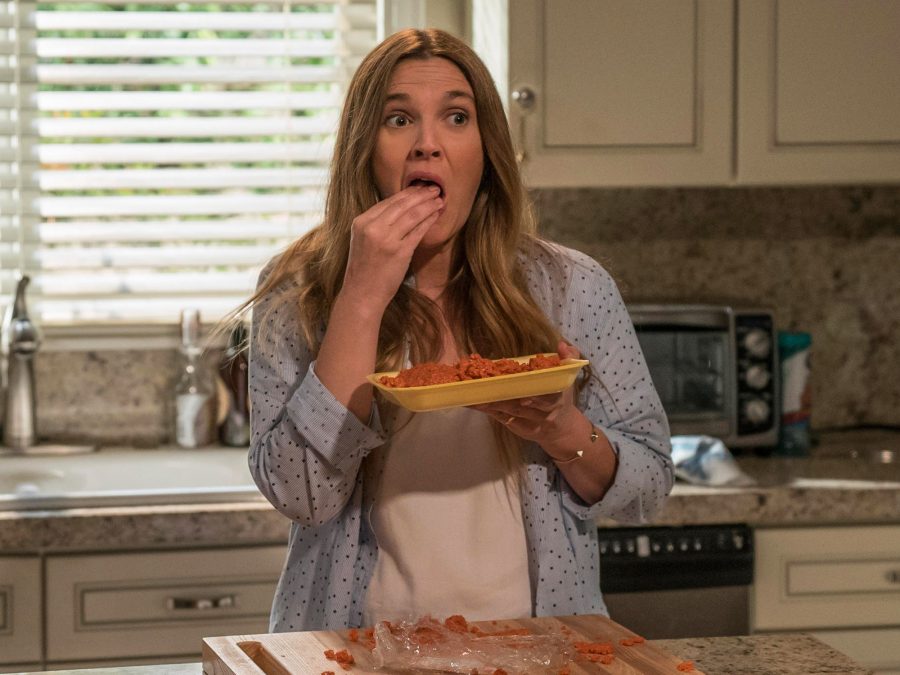 If you’ve ever wanted to see Drew Barrymore chow down on human flesh, this is the show for you. Victor Fresco’s kooky suburban comedy-horror didn’t sound like much on paper, but it’s actually a whip-smart, incredibly enjoyable ride – thanks of course to Barrymore’s enduring charm, and the casting of Timothy Olyphant as her well-meaning airhead of a husband. 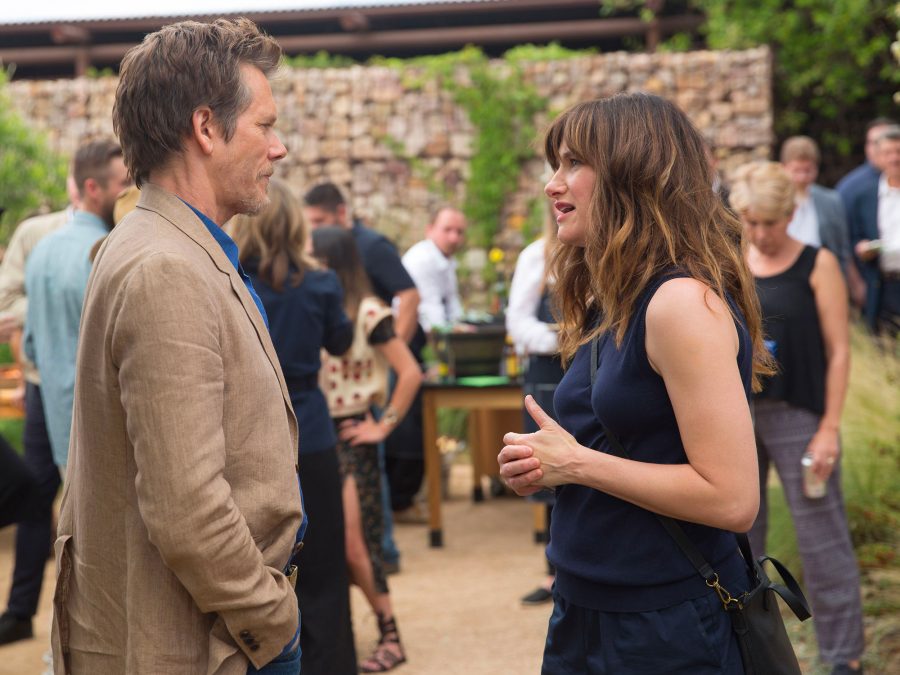 Adapted from Chris Kraus’ novel of the same name, I Love Dick blurs the line between fantasy and reality, squarely situating Kathryn Hahn’s Chris at the centre of the story. The eponymous Dick is played by Kevin Bacon, while Chris’ husband takes the form of Griffin Dunne, in this slow-burn drama from Jill Soloway and Sarah Gubbins. It’s got a breathy cadence that might not suit every palette, but it’s a refreshingly candid portrait of female desire and sensuality. 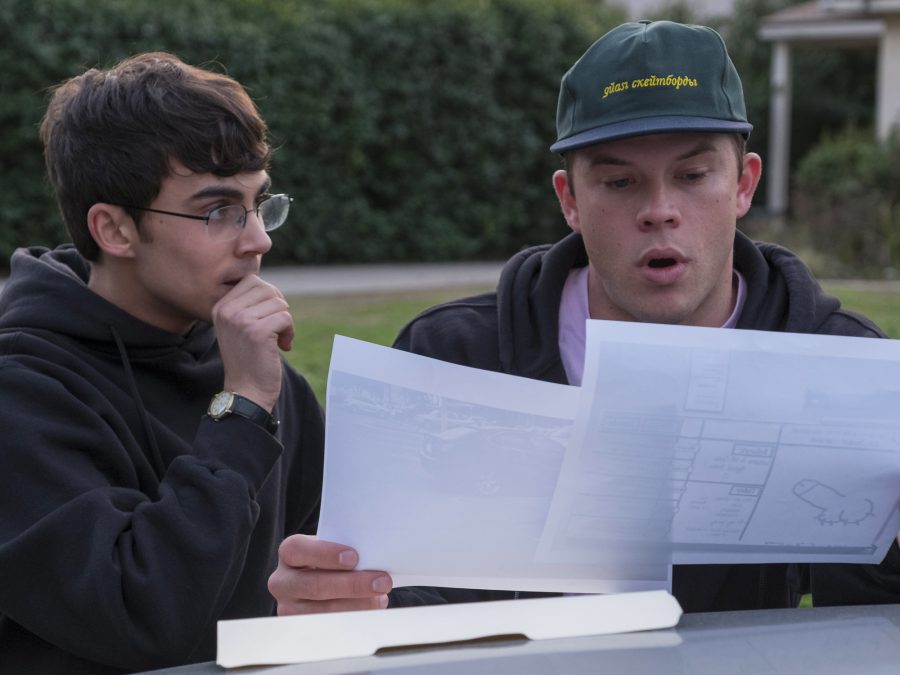 Making of a Murderer gripped true crime fans around the world in 2015, so much so that Netflix decided to lampoon its own success with a gripping new true-crime saga. Shot with the same poe-faced restraint of the original, American Vandal is an impressive testament to seeing a joke through to completion, but also provides a surprisingly pertinent commentary on the high school experience. 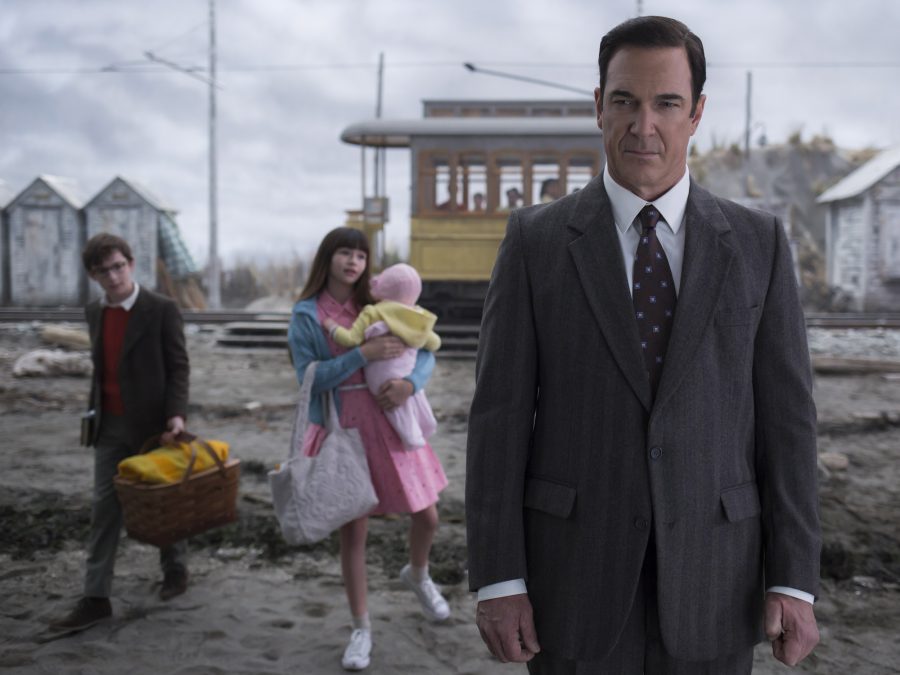 17. A Series of Unfortunate Events (Netflix)

Long-time fans were left largely disappointed by Brad Silberling’s 2004 adaption of the beloved YA series, so Netflix’s new adaptation was a nice surprise. Featuring Patrick Warburton as stately narrator Lemony Snicket and Neil Patrick Harris clowning around as the nefarious Count Olaf, it’s a family-friendly caper with some nifty tricks up its sleeve, designed to introduce the story to a new generation of fans whilst retaining those who have loved the books for the past 18 years. 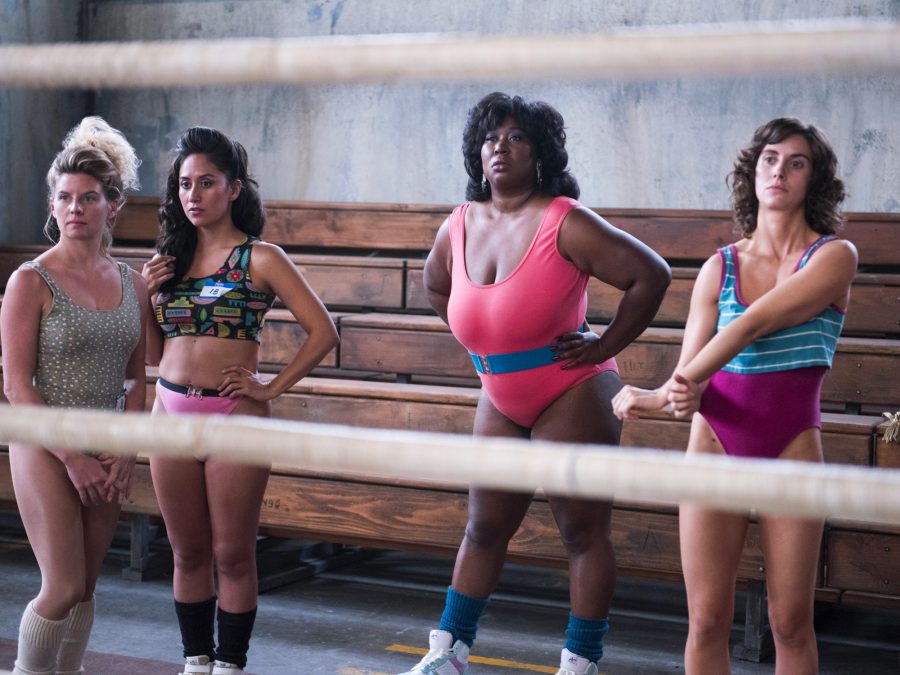 The series you didn’t know you needed in your life until it burst onto the scene last summer, GLOW (that’s Gorgeous Ladies of Wrestling, FYI) rocked Netflix like a hurricane. Alison Brie and Betty Gilpin gamely take on leading lady duties whilst Marc Maron gives another solid performance as the slightly sleazy Sam Sylvia. The icing on the cake though? The fabulous supporting cast of talented women, including Kate Nash, Britt Baron and Jackie Tohn. 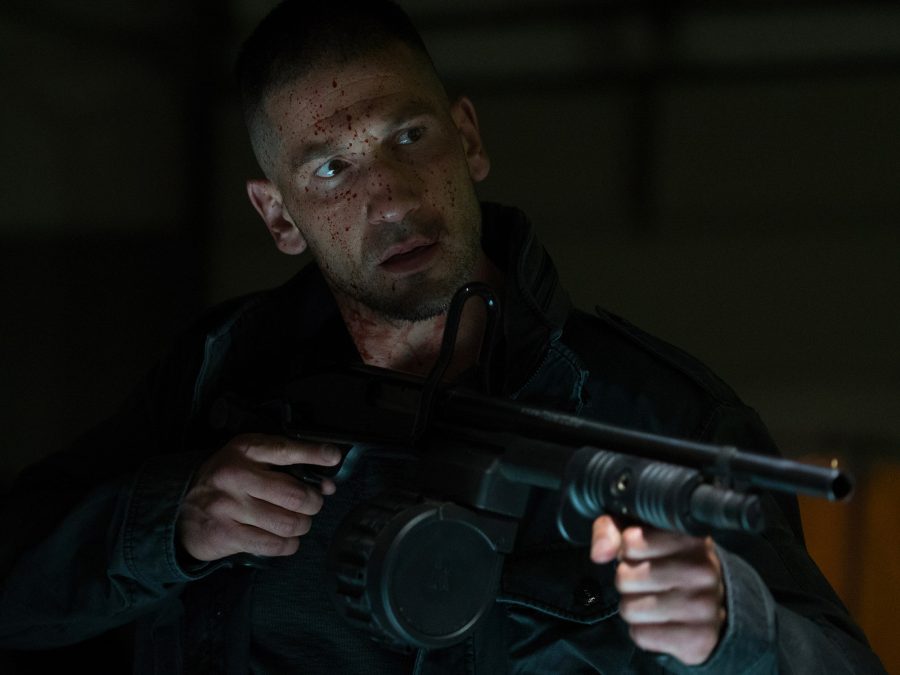 2017 was another big year for Marvel television releases, with Legion, Inhumans, Iron Fist and The Defenders all making their small screen debut. The Punisher was definitely one of the better ventures, in no small part thanks to  Jon Bernthal’s powerhouse performance as Frank Castle. Battling PTSD and the might of the US government, it’s a superhero series without any actual superheroes – just shades of grey and the ‘absolute power corrupts absolutely’ mantra running through its core. 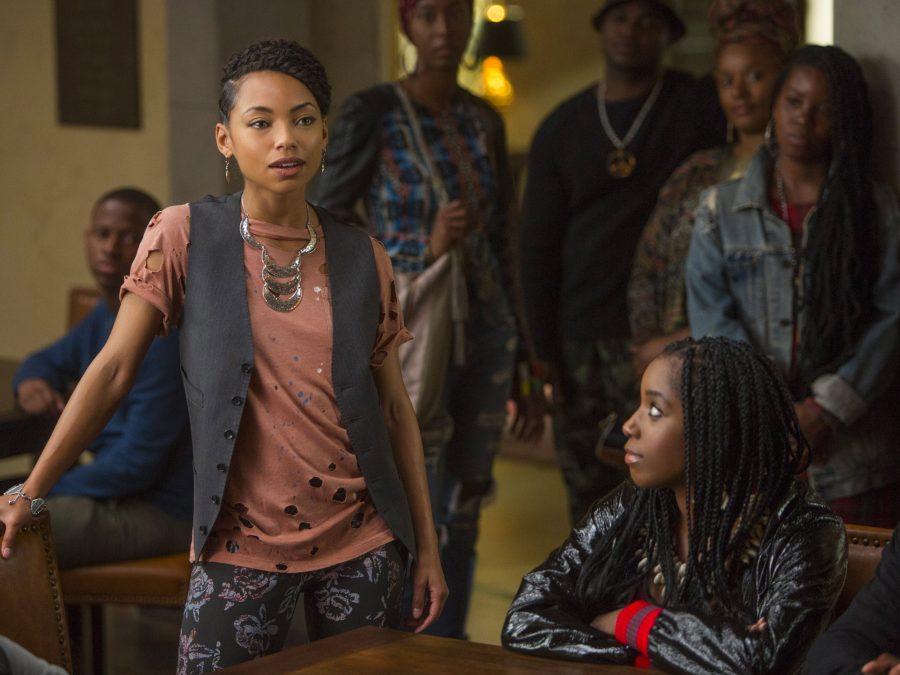 Adapted from the 2014 film of the same name, this college-based comedy follows a group of students of colour at a predominantly white school, who attempt to fight the social injustice that dominates their campus. It’s a satirical look at race relations, but more importantly, it’s a personal story told by a brilliant cast, headed up by the fantastic Logan Browning, who seems destined for great things. 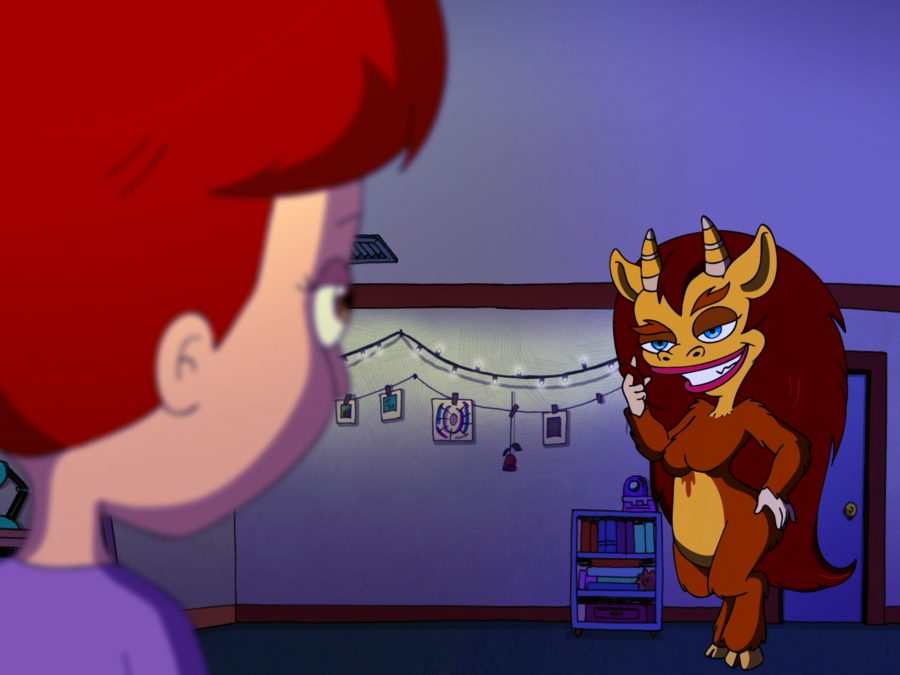 Few shows have been able to really capture the true nature of puberty: that is, the sense of teenage malaise combined with an overwhelming grossness that for some reason, everyone is afraid to talk about. This shared experience of hormone-fuelled rage, lust and humour comes to life in Nick Kroll and Andrew Goldberg’s animated series. Uncomfortable, outlandish and oftentimes disturbing, it’s one of the most painfully honest depictions of the teenage wilderness years, and does a surprisingly nuanced job of talking about the frustratingly taboo subject of female sexuality too. 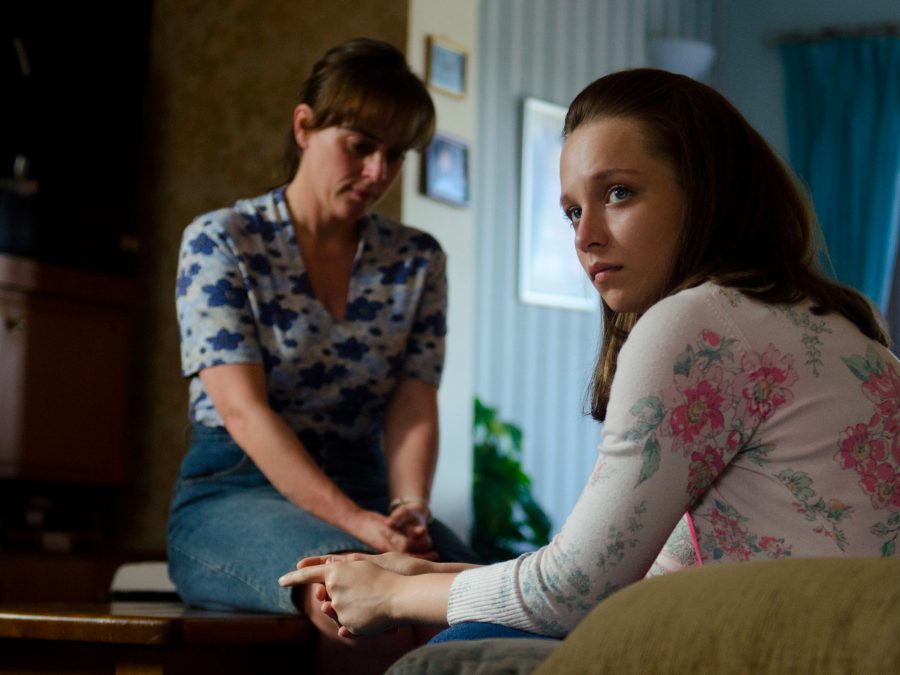 A harrowing account of organised child abuse in Rochdale, Three Girls was based in fact, which only serves to make it all the more chilling to watch. Powered by brilliant performances from Maxine Peake and its young leads (Molly Windsor, Ria Zmitrowicz and Liv Hill), it’s an unpleasant and effecting watch, but succeeds largely due to the sympathy and and focus it places on the victims rather than the abusers – something that time and time again, the media fails to do. 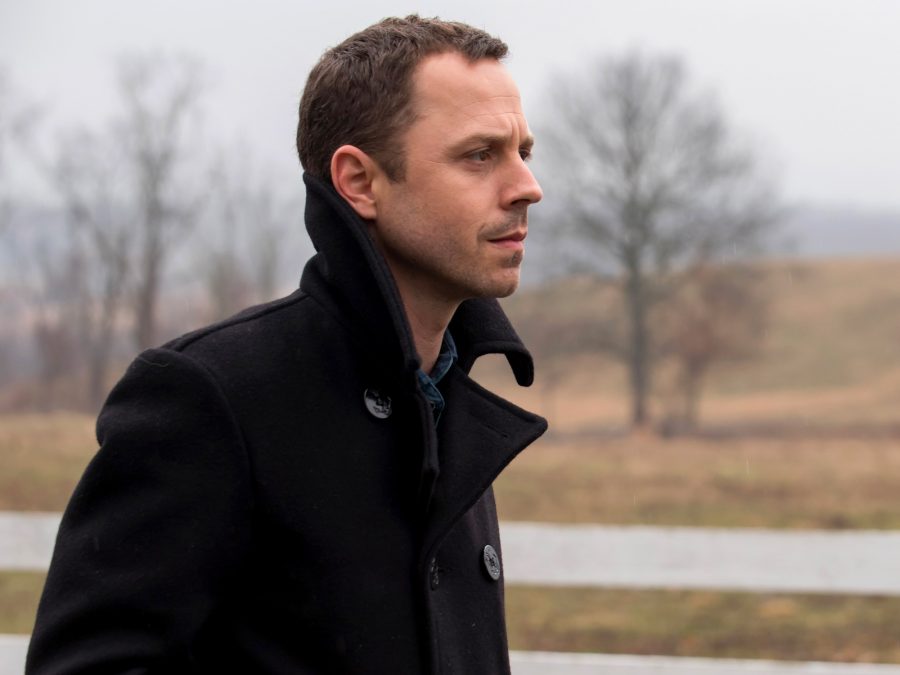 Created by David Shore and Bryan Cranston, Sneaky Pete slipped past many a radar in 2017, but it’s more than worth making time for. Giovanni Ribisi plays a con-man who takes on the play of the century when he steals the identity of his former cellmate, but quickly finds himself embroiled in a whole heap of new trouble. Featuring Cranston in an excellent villainous role and Beloved Character Actress Margo Martindale, it’s a black comedy with a pleasing amount of bite. 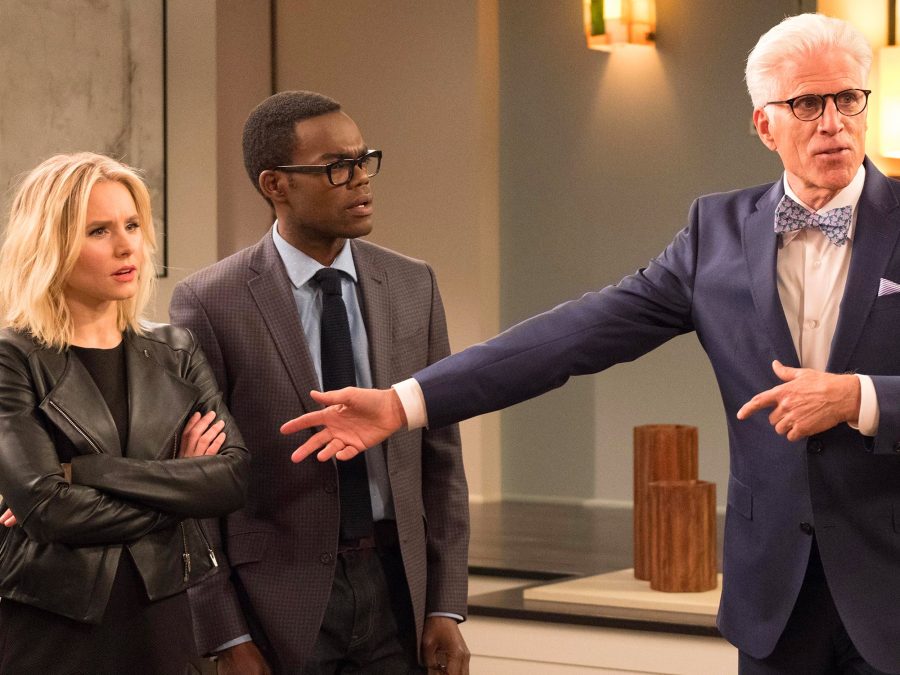 We’re cheating slightly by including The Good Place, as it’s actually on its second season, but having undergone a near-enough reboot at the outset and only becoming available to UK audiences this year, it’s worth mentioning. Kirsten Bell plays against-type as a repellant woman trying to con her way into Heaven, whilst the always charming Ted Danson proves a nice foil as an angel who’s not all he seems to be. 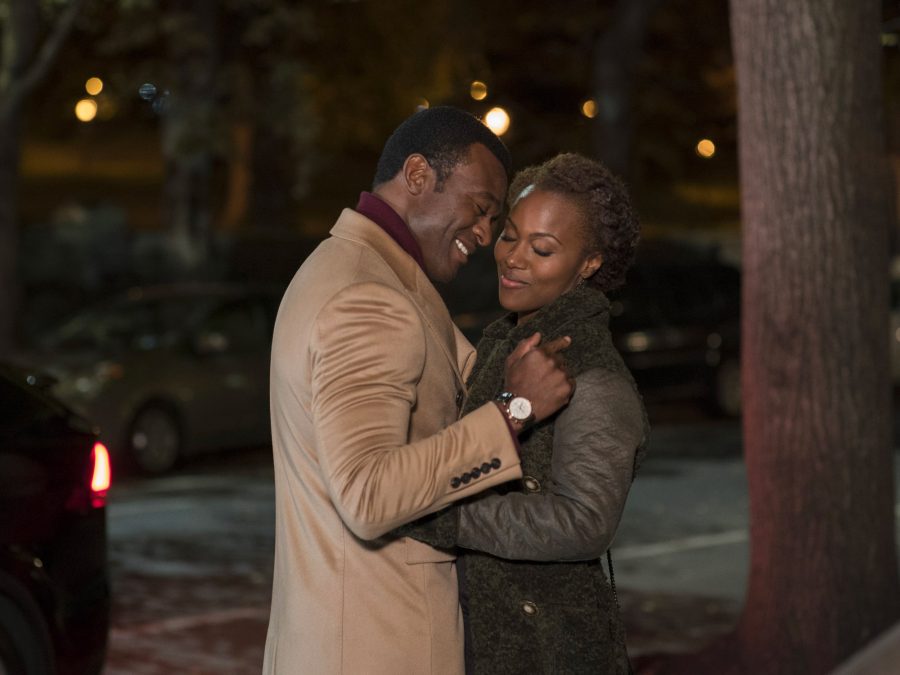 Spike Lee’s work over the past few years has been a little inconsistent, but he struck gold in 2017 when he adapted his own 1986 film of the same name for the big screen. Featuring a luminescent DeWanda Wise as Lola Darling, the show was a breath of fresh air in what’s been a fairly demoralising year for women. 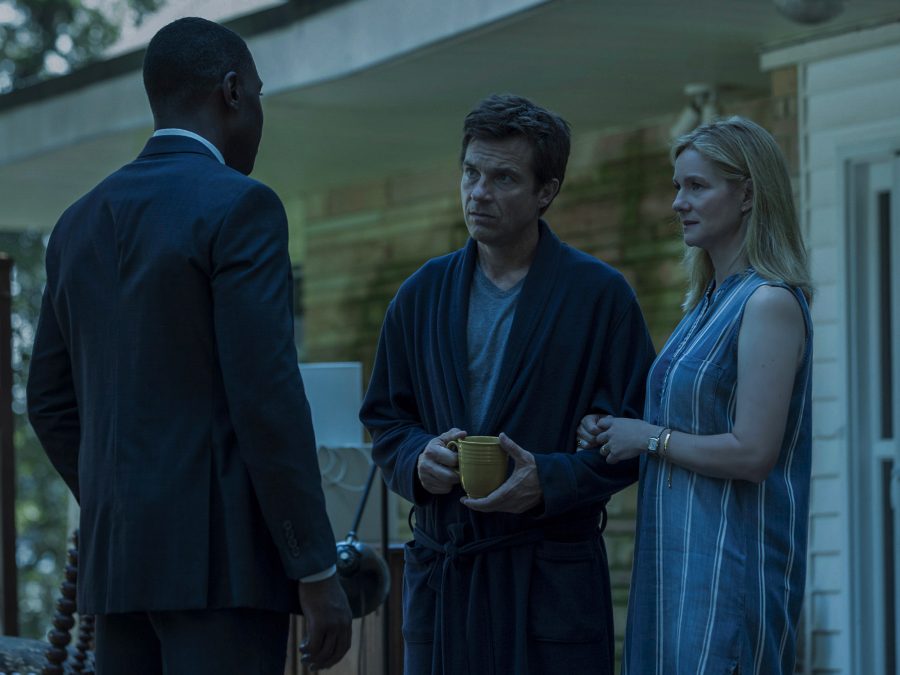 Bill Dubuque has a bit of a chequered past when it comes to films (he was responsible for The Accountant and A Family Man, as well as The Judge) so Ozark was a pleasant surprise. Starring Jason Bateman (who also directed a handful of episodes) as a mild-mannered financial advisor indebted to a Mexican cartel, Ozark quickly unfolded into a messy game of cat and mouse, with career-best turns from Bateman and Laura Linney, who plays his long-suffering wife. 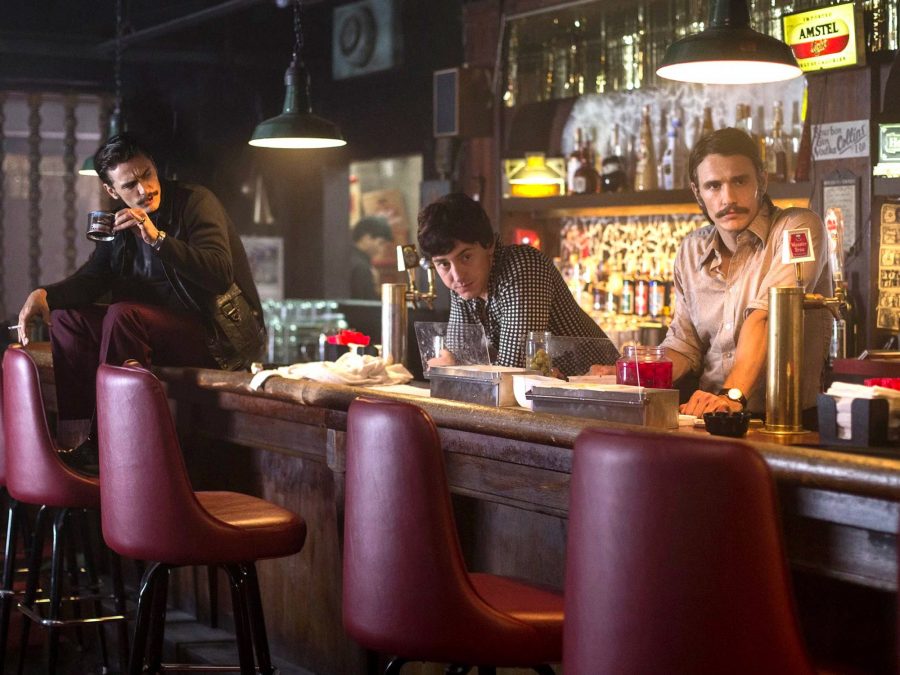 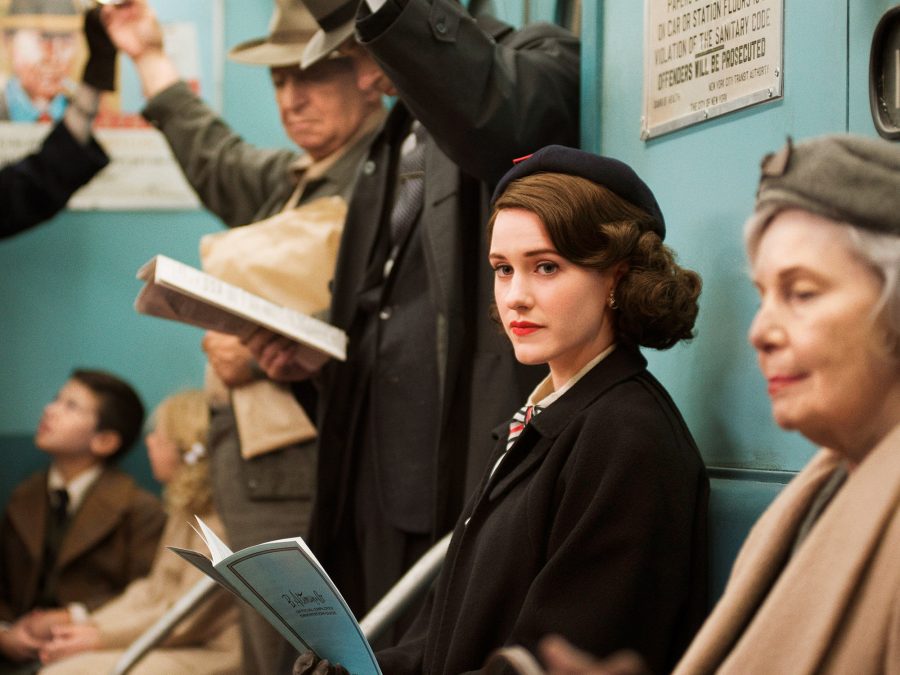 Fresh from helming the 2016 Gilmore Girls reunion, Amy Sherman-Palladino turned her attention to a new comedy series this year. A period comedy-drama about a Jewish housewife who discovers her talent for stand-up comedy when faced with an unexpected divorce, it’s smart, confident, and effortlessly charming. It might not be realistic, but a bit of escapism is more than welcome – particularly when its star (Rachel Brosnahan) is such a delight. 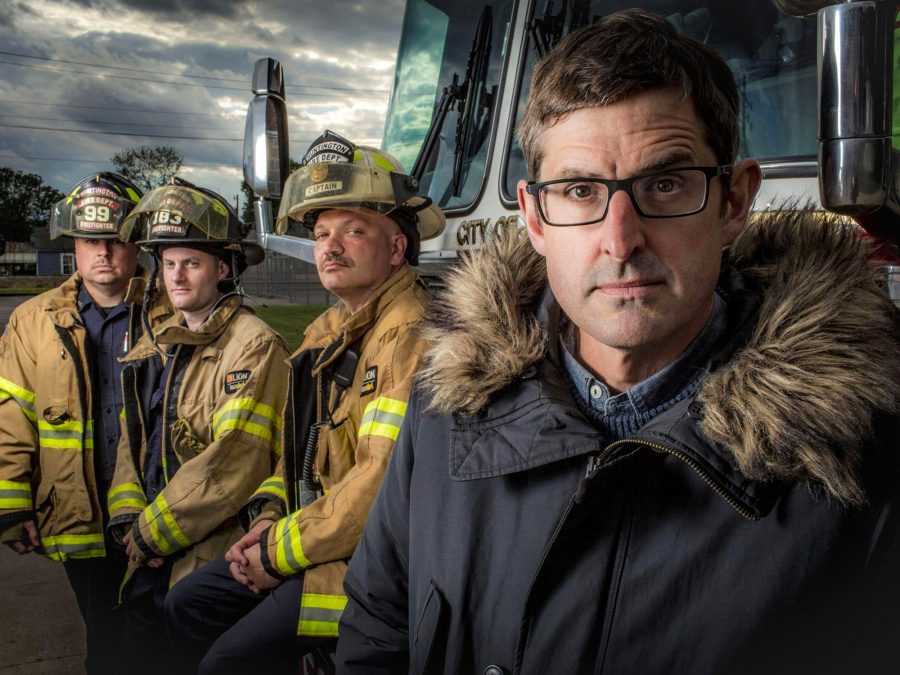 It’s been quite a while since we last got our mitts on a new Theroux series, but 2017 hailed the return of everyone’s favourite parka-wearing documentarian. Dark States saw Louis travel back to the USA (source of so much material for him over the years) and investigate heroin addiction in small-town America, prostitution in Houston, and Milwaukee’s high homicide rates. All three instalments were harrowing, offering no easy answers, but a fascinating insight into how the US government continues to fail its more vulnerable citizens. 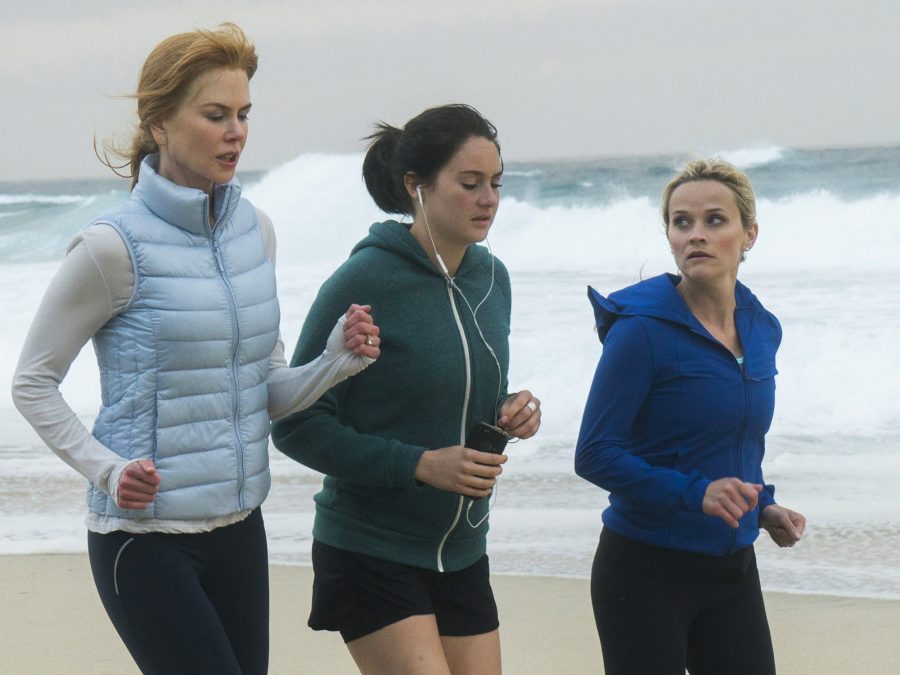 2017 was a killer year for Nicole Kidman (see The Killing of a Sacred Deer, The Beguiled) and her turn in Jean-Marc Vallée’s Big Little Lies was no exception. Joined by Reese Witherspoon, Shailene Woodley and Zoe Kravitz, she formed part of a formidable female alliance in the affluent Californian sunshine. Things could have very easily lapsed into melodrama, but sharp wit and a pleasingly weighty script kept viewers coming back for more. 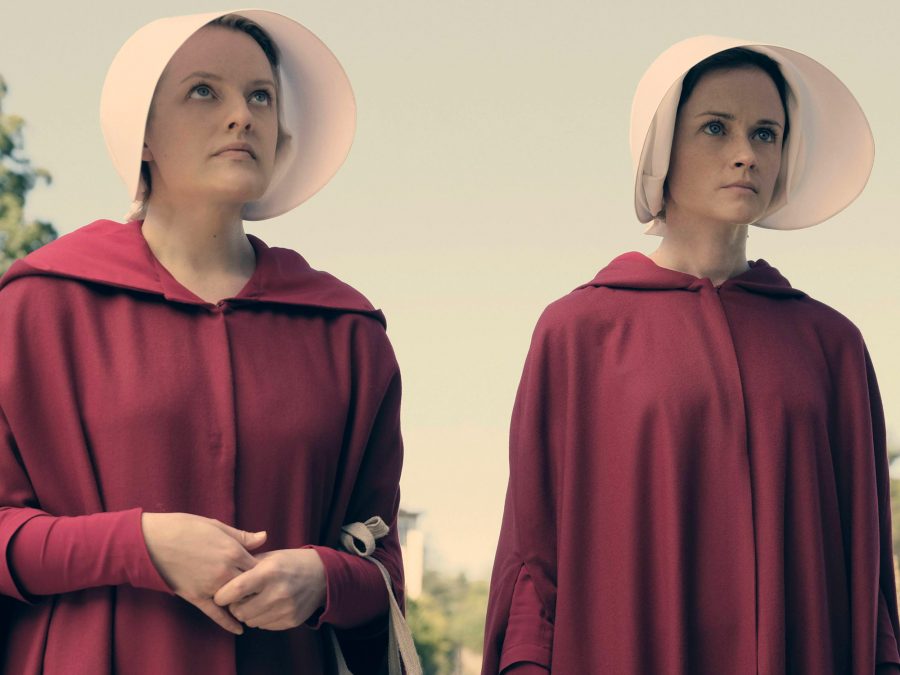 Perhaps no show on the airwaves dominated the headlines in 2017 like The Handmaid’s Tale. Running parallel to an increasingly absurd Trump presidency, the show was a faithful rendering of Margaret Atwood’s 1985 novel, harrowing and haunting with a standout performance from Elizabeth Moss. 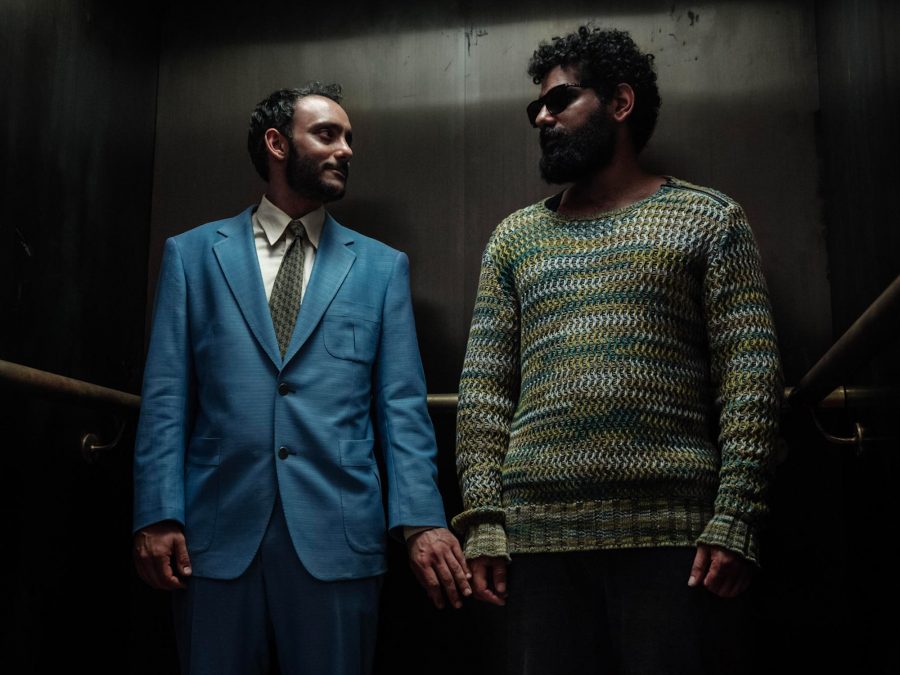 Plenty have tried and failed to adapt Neil Gaiman’s novels for the screen, but in 2017, Starz managed to do it. Trippy, bold, and unapologetically violent, American Gods was everything Gaiman’s original promised and so much more, thanks largely to a stellar cast and the involvement of Bryan Fuller and Michael Green. 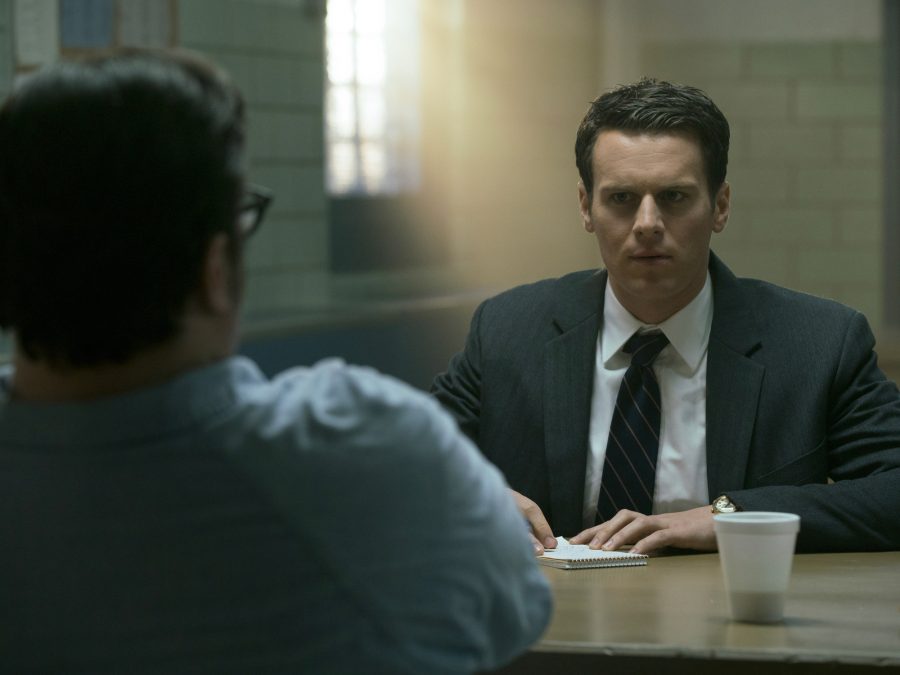 A fascinating insight into the origins of criminal profiling came courtesy of David Fincher, who made his first foray into television with Netflix. An unsettling but endlessly engrossing character study, shot with Fincher’s usual cinematic flair, it flips the camera around and avoids becoming a voyeuristic serial killer drama by focusing instead on Jonathan Groff’s Holden Ford – a naive but talented FBI special agent.