We run down a clutch of the year’s finest DVD and Blu-ray purchases. Did your favourite make the cut? 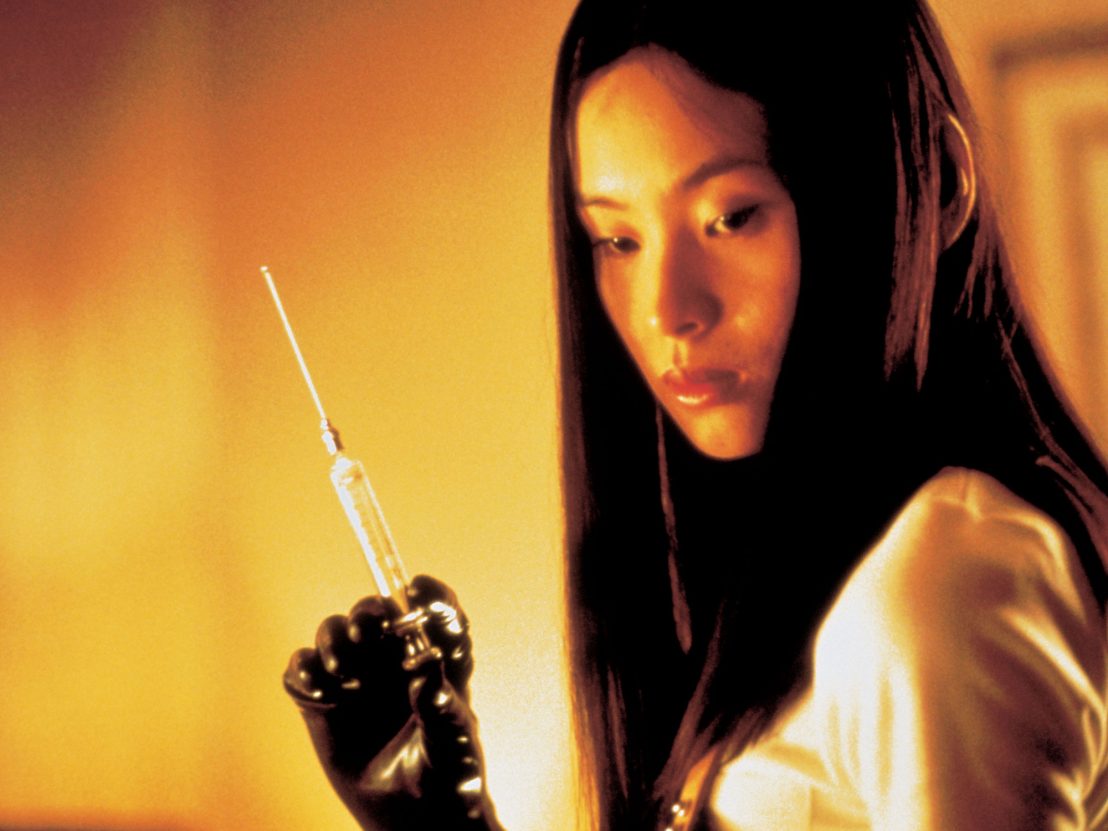 Another year, another vintage crop of home entertainment releases. In this era where movies are cheap and in massive abundance, there are still companies making beautifully packaged box sets, minutely researched special editions and exclusive releases of lost classics. Here are 20 that made their way to the UK in 2016 which we were rather fond of.

19. The Friends of Eddie Coyle

Peter Yates’ elegiac 1977 crime saga, The Friends of Eddie Coyle, suggests that it’s those at the bottom of life’s barrel who often suffer the most. Robert Mitchum channels a lifetime of playing bruised loners, crestfallen tough guys and charismatic cads into the character of lovable Irish lug, Eddie ‘Fingers’ Coyle, a low level Boston gun-runner who’s been surviving on charm and good will alone. One of the saddest modern noir films ever made. Buy it here.

Long available in a print that was more fuzz than fight, King Hu’s balletic 1971 martial arts epic finally got the home ents release it deserved care of Masters of Cinema. One of those films where a three hour and 20 minute run time flash by in a heartbeat. Buy it here. 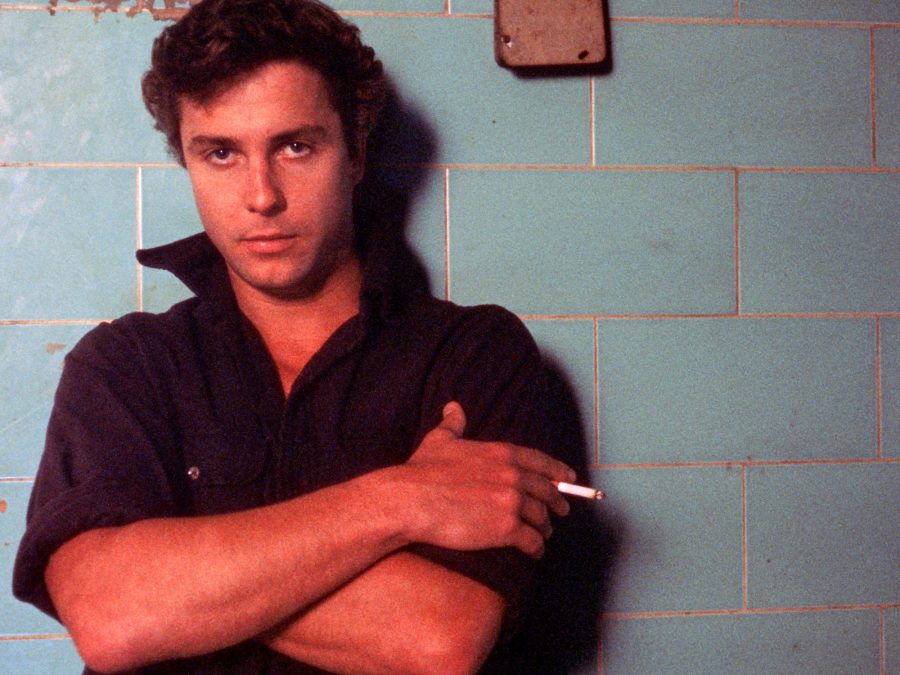 Adapted from a pulp novel by Gerald Petievich, William Friedkin’s 1985 film To Live and Die in LA is an hysterical, heated west coast policier which operates with very simple maths: the more desperate William Petersen’s secret service agent Richard Chance is to succeed in his mission, the nastier his foil (Willem Dafoe’s devil-may-care counterfeiter, Eric Masters) becomes. Strap yourself in for the car chase to end all car chases, immaculately rendered on this gorgeous disc. Buy it here.

Even though Roy Scheider is the lead in this seedy-af ’80s noir, it’s the presence of John Glover as a floppy-fringed Machiavellian psycho-nut who pushes it into greatness. 52 Pick-Up is a film which exemplifies all that was great and radical about “trash” distribution label Canon, particularly their willingness to always out-grime the competition, whatever the price. Nasty. Buy it here.

When date movies go bad. Even though Japanese director Takashi Miike has been punching out eccentric genre flicks at an ungodly rate since making this stunning revenge/torture endurance test back in 1999, he’s never quite managed to better its venus fly trap-like narrative manoeuvring and unwatchably graphic eye-popping finale. Watch with mother. Buy it here.

Vera Chytilová’s striking 1963 feature debut, Something Different, is as great and important a film as her kaleidoscopic, anarchic 1966 classic, Daisies. It’s a film that weaves concurrent tales of middle-aged women dealing with their varying social positions: one is a a housewife struggling to bring up her only son, and so decides to juggle an extra-marital suitor to ease the pain; the other is a famous ballet dancer who is practicing tirelessly for a big competition. This Second Run DVD comes bundled with the excellent short, A Bagful of Fleas. Buy it here. 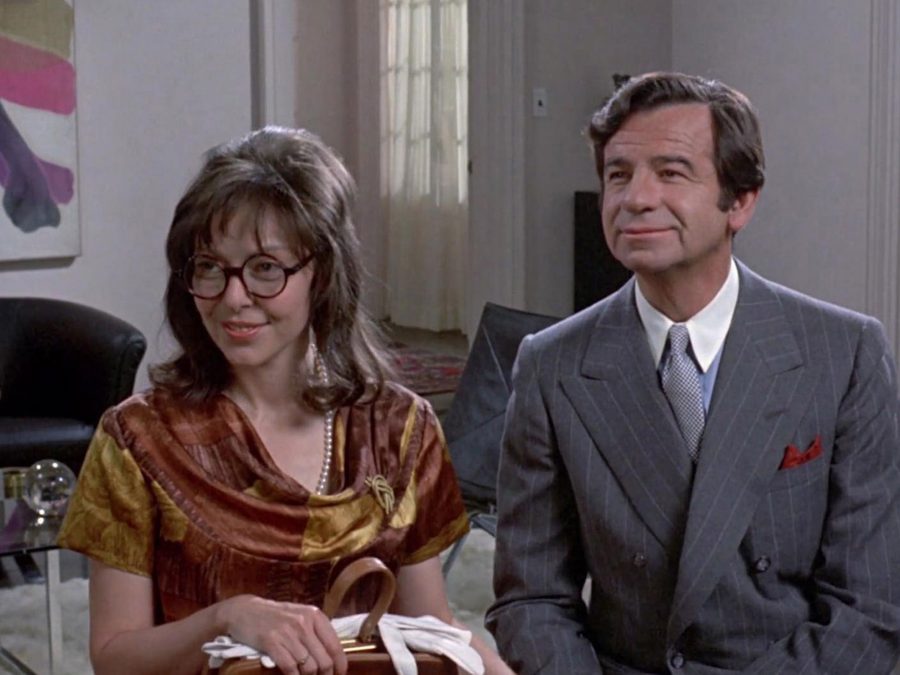 This hilariously funny debut feature from Elaine May is a modern screwball on a par with the classics. It’s the tale of a despicable trust-fund jagoff whose psychotic lust for money leaves him severely wanting in the human compassion department. Walter Matthau is exemplary as the cantankerous playboy Henry Graham, in search of a wealthy dowager to fund his pampered lifestyle and whom he can murder when the time is right. Enter May herself as Henrietta Lowell, a botany professor who may be the most believably gawky character in the history of cinema. Treasure this Masters of Cinema release. Buy it here.

We now take blockbuster battle scenes for granted as arcs of CGI blood spurt and fly over the faces of gurning grunts. British filmmaker Peter Watkins not only reinvented the classic battle sequence for the modern age, but used the parlance of TV news to offer a new, intimate perspectives on violent moments from history. This one details the tactical ins and outs of the battle of Culloden in 1746, and this vital BFI Blu-ray also comes with his medium-length shocker, The War Game, a faux instructional guide for when England is inevitably obliterated by falling nukes. Buy it here.

One of those lost golden nuggets that has managed to shimmy its way to the surface of modern film culture, Norman Foster’s (no relation) superb San Francisco-set noir thriller packs insane amounts of action and energy into its 79-minute runtime. It’s rediscoveries like this that make you thankful for the good work enacted by festivals, programmers and researchers who make it their professional duty to make sure great cinema like this isn’t lost to the sands of time. Add this Arrow release to your list of must-buys. Buy it here.

Joe Dante’s mid-career masterwork channels the anxieties of heightened cold war tensions in America with the rise of interactive schlock horror films at the cinema. John Goodman excels as silver-tongued showman, Lawrence Woolsey, who’s bringing his patented, house-shaking technique ‘Rumble-rama’ to the masses just as Russia are priming their nukes and aiming them at Key West. Buy it here. 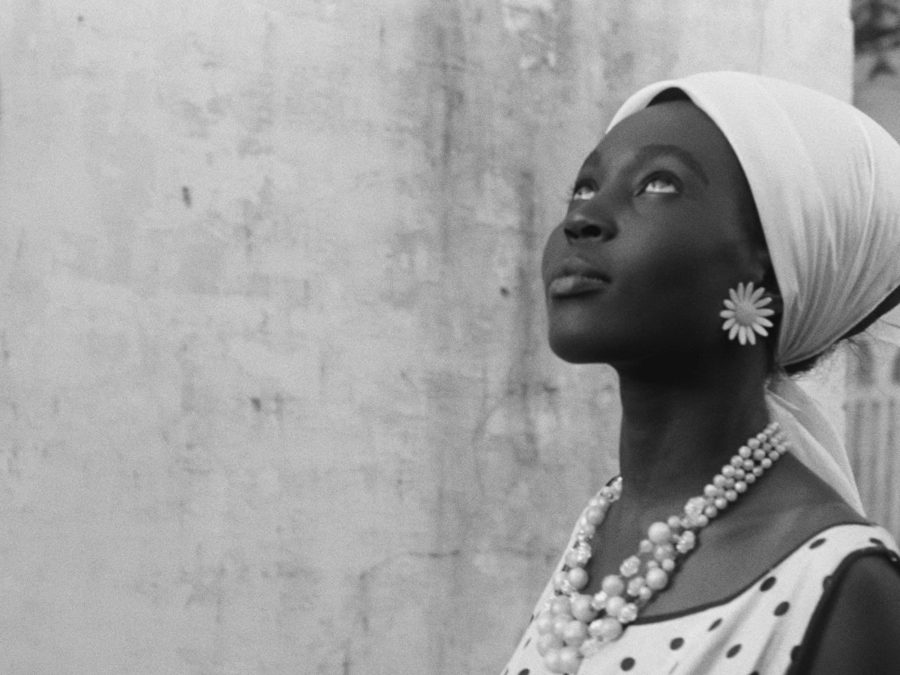 The unbearably sad debut feature from the late Senegalese director Ousmane Sembene details the crushing realities of colonisation in the story of Diouana (Mbissine Thérèse Diop) a wife and mother who follows employment from her native Dakkar to a hellhole apartment in Nice. A parable of modern slave labour and knee-jerk white oppression, the film’s tumultuous 20 minute climax lands punch after punch after punch. This BFI release is of a newly-restored digital print and comes with Sembene’s first ever short feature, Borom Sarret, from 1963. Buy it here

In the ’90s, when you talked about Japanese cinema, you were essentially talking about the work of Takeshi Kitano. After making a name for himself with a series of hard-edged gangster films, he delivered his masterpiece in 1997, this stunning melodrama about a retired, monosyllabic cop tying up a variety of familial and professional loose ends. This is the modern equivalent to Nicolas Ray’s masterpiece, On Deadly Ground. Buy it here

While Everybody Wants Some!! rides high in our list of best new features of 2016, let’s not forget that one of Richard Linklater’s great early works made the leap to Blu-ray this year. This Rotoscoped dream diary follows a man having trouble departing from his natural sleep state, meeting a host of eccentric and talkative characters as he attempts to return to the real world. Buy it here

When it comes to idiosyncratic classical parables filmed in a series of sinuous, immaculately choreographed long takes in the middle of a massive field, then there’s very little that beats Miklós Jancsó’s colourful and dramatic retelling of the Electra myth. Even though it’s a film in which every frame dazzles in its own unique way, the film’s power is delivered in its impassioned politics and utterly committed performances. Buy it here 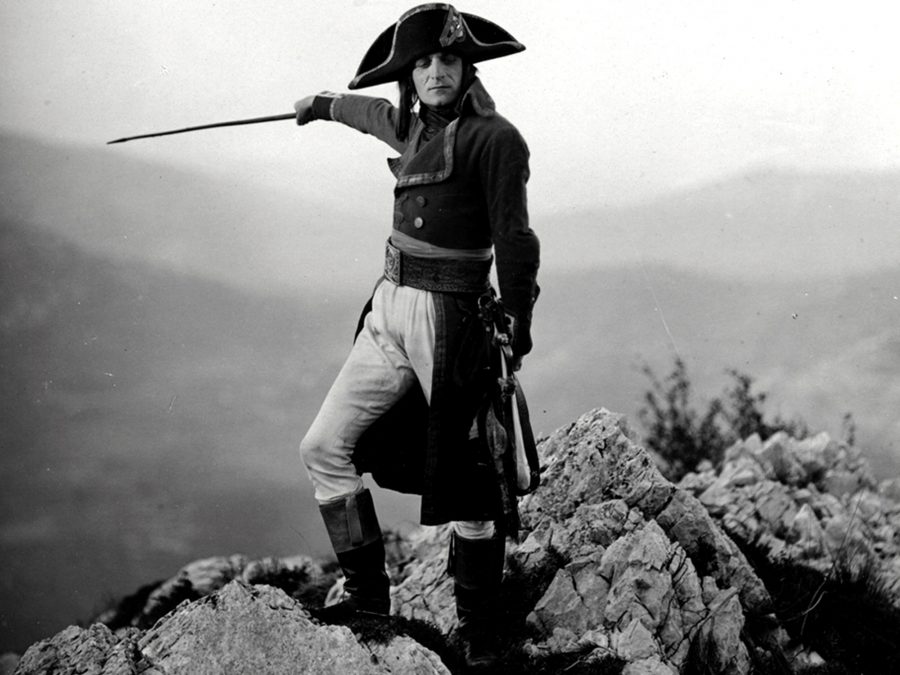 This is a big deal. Books have been written and, no doubt, stern words have been traded on the subject of Abel Gance’s stupendous 1927 historical epic, mainly with regard to film preservation and ethical questions regarding cinematic reconstruction. Piecing a vintage film together from materials secured from sources around the globe isn’t just a simple case of finding the segments of a sprawling puzzle. The BFI’s three-disc Blu-ray is the product of years of dedicated work by film historian Kevin Brownlow who perhaps knows this film as intimately as the director himself once did. Without meaning to sound too reductive, this rousing biography of the greatest military tactician of the modern age plays like superhero saga, replete with origin story, self-realisation and then, finally a triumphant gallop into battle, filmed with three separate cameras and tinted to resemble the Tricolour flag. Buy it here

This vital DVD release from Second Run helps to answer an important question: where in the hell did experimental documentary maker Joshua Oppenheimer come from, and where is he going? Collecting together his early shorts and features, this remarkable set shows a filmmaker painting with ideas, streamlining his politics and rewriting the rule book when it comes to the possibilities of documentary filmmaking. Buy it here

Billy Wilder’s 1978 film Fedora was his last truly great feature. It was largely dismissed upon release as being too fuddy-duddy and seemingly channeling the interests and fashions of a bygone era. Yet it now defiantly stands as a latter-day partner piece to Alfred Hitchcock’s Vertigo – a cockamamie detective saga which conceals a heartbreaking and subversive discourse on identity, stardom, doubles and the tragedy of undying love. Bravo Masters of Cinema. Buy it here

The top two spots are reserved for the big guns. And in the case of Arrow’s vital Jacques Rivette collection, we mean that quite literally, as its centrepiece, the lost mystery classic, Out 1, runs at a cool 13 hours. Yet this isn’t just deserving of praise for the amazing films within the package, but the package itself, which is one of the most gorgeous home ents objet d’art you’ll likely have on your shelf. Buy it here 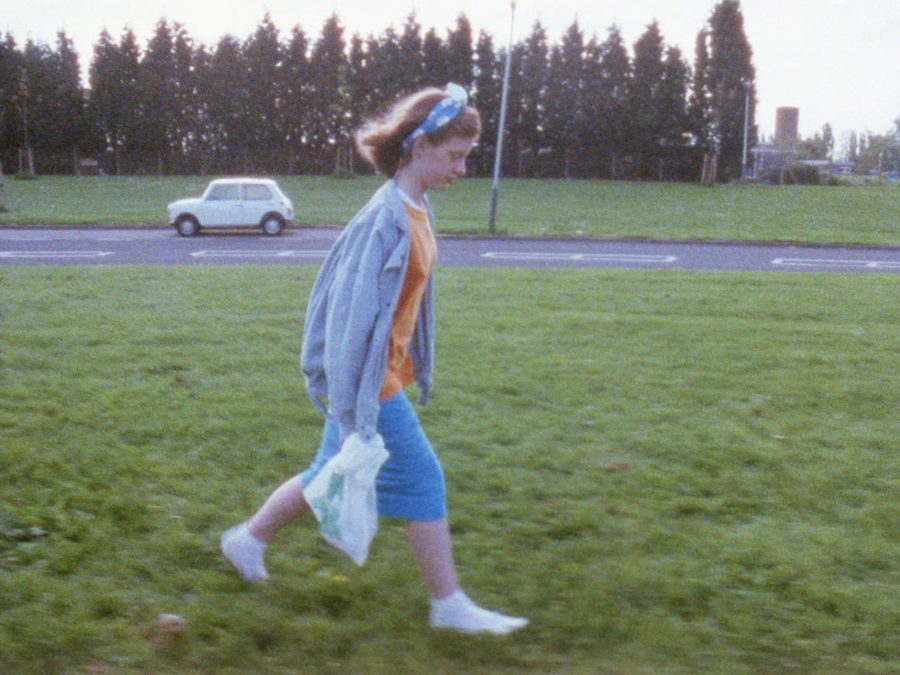 1. Dissent & Disruption: The Complete Alan Clarke at the BBC

Victor by a country mile, this painstaking collection of Alan Clark’s film and TV work for the BBC offers a portal back to a time when public funding was used to make subversive, repulsive and explosive Art with a capital A. Every film in this gigantic set is worthy of its spot, presenting a film artist who never rested on his laurels and who always presented the material from an array of writers with maximum clarity and impact. 1987’s Road, which was one of his later features, stands as one of the greatest achievements by a British filmmaker. Save up your pocket money, save up your tokens, and acquire this box set post haste. Buy it here 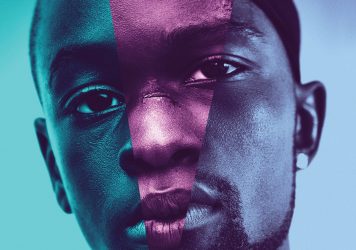 Which of these official promotional images do you think is most deserving of awards glory?