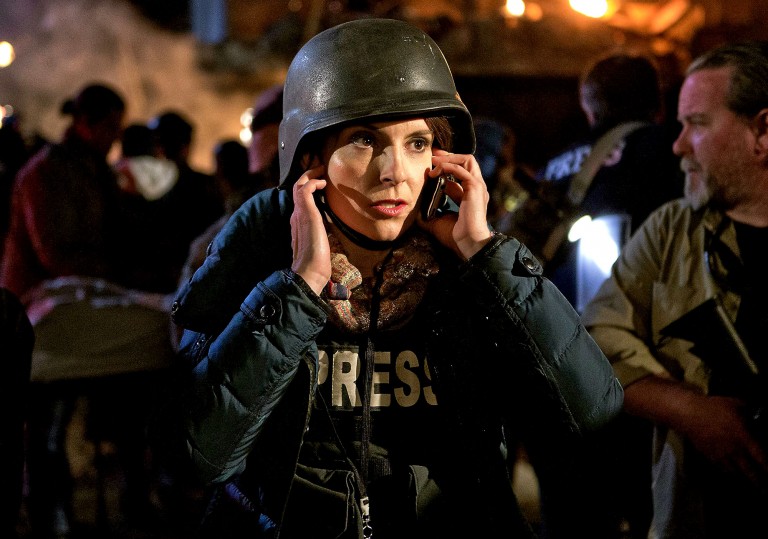 Cutting humour but the film fails to take that final leap.

Refuses to satisfy any queries about Afghanistan without first explaining the female condition.

If you came across the names Glenn Ficarra and John Requa on a movie poster next to the words ‘from the directors of Focus’ followed by ‘from the writer that brought you The Unbreakable Kimmy Schmidt’, you might not instantly feel compelled to stump up the price of a movie ticket to gain their insight into the Afghanistan conflict. Whiskey Tango Foxtrot nimbly avoids this predicament by suggesting that you are, in fact, paying for Tina Fey to be flown to Afghanistan to lighten the mood over there.

This is the story of Kim Baker (Fey), who embarks on a career as a news reporter after growing tired of her monotonous American life. She takes up a foreign correspondency position in Afghanistan, producing puff pieces for an audience that has apparently grown indifferent to the engagement. Along the way Baker discovers that adrenaline is a good distraction from the problems in her life. She quickly becomes embedded in her new role and her new home in Kabul, affectionately known by other ex-pats as ‘The Kabubble’.

The Ficarra/Requa directing team has captured something disturbingly believable in the design of Baker’s Kabubble. They have spent time authentically recreating the makeshift hostel where foreign journalists are sequestered and draw attention to these small islands of ungoverned territories that refuse to assimilate. This is where US journalists and other sufficiently protected foreigners are able to drink, do drugs and shag each other, all while bombs are dropped on the heads of local school kids. It speaks volumes about how invested our journalistic ambassadors are in the country’s domestic affairs. Only when the camera is forced to leave this safe zone do we begin to question the film’s well-meaning intentions.

Whiskey Tango Foxtrot is based on author Kim Barker’s (cleverly disguised here as Kim Baker) 2011 memoir ‘The Taliban Shuffle: Strange Days in Afghanistan and Pakistan’, which recounts her real experiences while on assignment in Afghanistan. Sadly, Barker’s first-hand insight is relegated in favour of Fey’s ‘I don’t need nobody’ brand of humour. More substance would certainly not go amiss next time.

Cutting humour but the film fails to take that final leap.

Refuses to satisfy any queries about Afghanistan without first explaining the female condition. 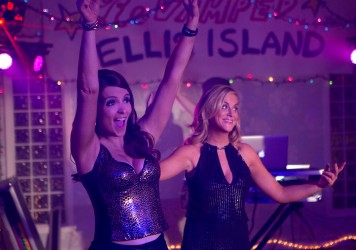