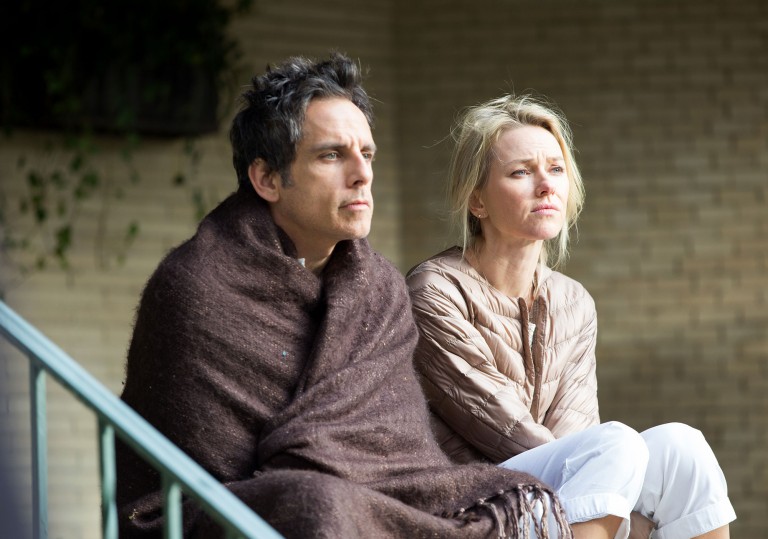 Frances Ha was a delight. Is Noah Baumbach finally on a roll?

A lot to digest in a single viewing, but feels unmistakably like another vital work from an ever-maturing filmmaker.

With the director’s next collaboration with Greta Gerwig, Mistress America, already completed, this is surely a time for Baumbach fans to rejoice.

You know how it goes. One minute you’ve got the world at your feet, the next you’re knee-deep in mortgage bills and soiled nappies. The truism that life passes us by all too quickly has been articulated by countless filmmakers over the years, with comedy cinema in particular serving to reinforce commonly-held perceptions relating to the behaviour of men and women over 40. Yet of all the recent films that ruminate on the interminable crisis of middle-age — from Sofia Coppola’s Lost in Translation to Judd Apatow’s This Is 40 — few have managed to feel as relevant as Noah Baumbach’s disarmingly profound seventh feature, While We’re Young.

True to form, Baumbach’s film calls upon the negative discourse of middle-agedom for comedic effect. (After all, where would the humour lie in depicting an uneventful middle-age?) Josh (Ben Stiller) and Cornelia (Naomi Watts) are a fortysomething Manhattan couple for whom preserving a sense of freedom is apparently more important than starting a family. Not even their closest friends’ leap into parenthood is enough to force Josh and Cornelia to reassess their priorities. Still, both are fully conscious of the fact that the life they’ve made together isn’t what they’d once imagined it would be. As Josh remarks glibly of their present situation, “life is what happens when you make other plans.”

Another negative stereotype superficially endorsed by the film is the twentysomething hipster — that most vague and lazily ascribed of labels, which Baumbach does well to avoid — as personified by Adam Driver and Amanda Seyfried’s chicken-keeping, artisanal ice cream-making, vinyl-collecting, Williamsburg loft-dwelling romantics, Jamie and Darby. The occasion of these two married couples forming an unlikely bond provides plenty of sharp observational humour, with Baumbach stressing the dissimilarities between them almost to the point of parody. Predictably, it’s not long before Jamie and Darby’s youthful exuberance catalyses Josh and Cornelia’s inertia. To be fair, Baumbach makes it impossible not to be both fond and envious of them. Jamie and Darby’s perpetual adolescence is both energising and intimidating.

They do what they like, when the like. They stay up late and attend psychedelic therapy sessions. They frequent trendy bars and throw block party barbeques. They make things. And yet, just as predictably, Josh and Cornelia are no more content living vicariously through their newfound bohemian besties than they were before. Initially they wanted to be more like them; pretty soon they won’t be able stand being around them.

Despite all this, you won’t find the slightest trace of wistfulness here. This is not a wallowing requiem for all those complacent souls who suddenly find themselves succumbing to the effects of gravity. Nor is it a lament for squandered youth. Likewise, at no point does it feel like Baumbach’s ire is being directed squarely at contemporary youth culture. That’s not to say he’s made an impassioned defence of Millennials, but his film is not dismissive of them either.

In fact, While We’re Young doesn’t pass judgement on any of its characters or the contrasting demographics they represent — although there’s a tangible sense of disdain towards what Josh describes as “soundbite culture”, not to mention the fact that portable consumer technology has permeated every aspect of modern living. If anything, the only thing Baumbach displays nostalgia towards is, well, things. Specifically, the kind of outmoded, hand-crafted paraphernalia and pop culture relics from the writer/director’s formative years that have been reclaimed by today’s youth to feed their own much maligned retromania.

Baumbach is no misanthrope, he’s simply not afraid to show humanity in all its flawed glory. He’s the type of filmmaker who’s at his best when occupying the headspaces of self-destructive yet sympathetic characters, from Ben Stiller’s failed musician in 2010’s Greenberg, to Greta Gerwig’s fleet-footed goof in the director’s previous (and best) film, 2012’s Frances Ha. The difference with While We’re Young is that, while we can certainly relate to each protagonist, we’re never encouraged to invest in their domestic lives on a more meaningful level. This is in essence not a character study, then, but rather a study of the way we are, a sort of connect-the-dots exercise devised to reveal some basic truths relating to the human condition.

Baumbach doesn’t deal in broad brushstrokes. He knows that not all twentysomethings are entitled freeloaders, just as not all fortysomethings are baby-crazy sad sacks. So what’s he trying to say by depicting them as such? Perhaps it’s his way of subverting two of the more ubiquitous stereotypes perpetuated by mainstream studio comedies. Because if there’s one overarching tenet to be derived from While We’re Young, it’s that people should be defined by their actions, not their age or social status. After all, doesn’t everyone feel the weight of social expectation to some extent? Aren’t we all seeking self-fulfilment, regardless of when, why or how often our perspective flips? We are all driven by fear. Fear of failure. Fear of not fitting in. The only way we can ever hope to overcome this is by attempting to figure out what it is that makes us happy.

Ever since his 1995 debut, Kicking and Screaming, Baumbach has consistently subscribed to the viewpoint that there are no assurances in life, no single mantra to guarantee wellbeing. The upshot of this is that you have to learn to be tolerant of other people’s attitudes and opinions, even if they happen to clash with your own. Take Jamie, for instance. Sure he’s insincere, narcissistic and selfish, but does that make him a bad guy? Not as far as Baumbach is concerned. (If early rumours prove accurate, audiences will have to wait until later this year to see Driver play a proper villain.)

He and Josh are alike in so many ways — both are culturally engaged documentarians aspiring to greatness, both are single-minded (often to a fault) in their approach to getting ahead in life. In other ways, they’re complete opposites, especially when it comes to putting their respective principles into practice. This equates to a clash of personalities that nimbly treads the line between comedy and tragedy. It’s first-hand experience versus cultural appropriation, individualism versus ethical integrity, analogue versus digital. At one point, Josh refers to Jamie as “pathologically happy.” It’s not an accurate description, of course; he’s no more immune to the insecurities of adulthood than Josh. He just hides it better.

If there’s a semi-autobiographical lilt to While We’re Young, it’s most evident in the dysfunctional relationship between Josh and his father-in-law and mentor, Leslie, played by the great Charles Grodin. Baumbach is the son of the scholar, novelist and critic Jonathan Baumbach and the Village Voice critic Georgia Brown. If there is anything to be discerned from Josh’s (and Jamie’s) constant approval seeking, which builds gradually before crescendoing somewhat abruptly in a melodramatic confrontation at a black-tie tribute, it’s that no matter how old we get, we never stop wanting to make our parents proud. This is Baumbach’s wisest and most universal film, gently shaken by an existential anxiety that underpins it as a piece of deeply personal filmmaking.

Frances Ha was a delight. Is Noah Baumbach finally on a roll?

A lot to digest in a single viewing, but feels unmistakably like another vital work from an ever-maturing filmmaker.

With the director’s next collaboration with Greta Gerwig, Mistress America, already completed, this is surely a time for Baumbach fans to rejoice.