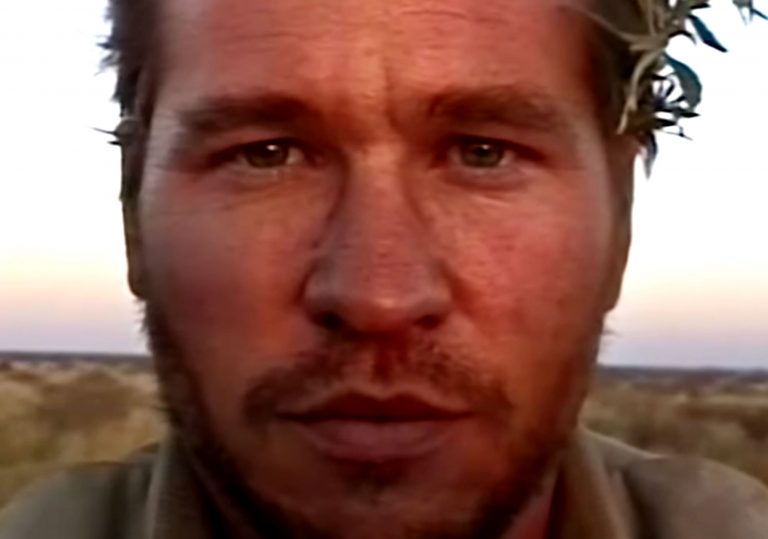 Whatever happened to Val Kilmer?

Fifty-plus years of Val Kilmer filming Val Kilmer beats many of his movies.

“I’ve almost been fired from all my movies. Even this one.” So says Val Kilmer at the beginning of this portrait of the bona fide movie star, who has gradually vanished from our screens over the past decade. Mocking his longstanding reputation for being difficult to work with clues you into the mischievous, often self-sabotaging spirit captured here: footage culled from thousands of hours of near-obsessively self-filmed material over 50 years, at home, on set and everywhere in-between.

It’s not his allegedly disruptive influence, though, that’s responsible for 61-year-old Kilmer’s disappearing act. Diagnosed with throat cancer in 2015, he’s now physically frail, only able to speak in a reedy, robotic croak. If the ‘voice’ here is mostly provided by the uncanny sound-a-like of his son Jack, the astute reflections on his rollercoaster life are very much Kilmer’s own.

The film’s credited directors are Leo Scott and Ting Poo but, given Kilmer’s guiding hand, this is overtly crafted as a self-portrait. That’s evident in his own Sharpie-drawn titles and section headings, decked out with his own childlike, scrapbook collage art. If one struggles to find much evidence of heavyweight work in Kilmer’s filmography, this is part of his intriguing contradictions.

The youngest student ever accepted at New York’s prestigious Juilliard School of performing arts, Kilmer dreamed of the stage, Shakespeare, and revealing “the place where you end and the character begins”. Instead, his legacy – as he ruefully acknowledges – is that every pilot in every airport calls him by his Top Gun callsign ‘Iceman’.

For all his good-natured Tom Cruise ribbing on the set of Top Gun, the impression is that Cruise went on to snag the high-profile career and directors (Scorsese and Kubrick included) Kilmer didn’t. Both reworked popular ’60s spy shows into blockbusters, Cruise turning Mission: Impossible into a long-running franchise versus Kilmer’s one-and-done desecration of The Saint.

Sometimes the line between subject and filmmakers feels too blurred. Kilmer’s well-documented misbehaviour on 1996’s The Island of Dr Moreau set is made to look benign here. What feels altogether more honest are his personal revelations. How the death of his 15-year-old brother Wesley left a lasting scar. The illness that forced him to be wheeled out of a Comic-Con photo signing session. The evident pride in his grown-up kids Jack and Mercedes with Willow co-star and now ex-wife Joanne Whalley.

Ultimately, that’s who this film feels like it has been made for; a reminder of the humbled, persevering man more than the oft-frustrated and frustrating actor. It might even be as fascinating and touching a performance as Kilmer has ever given. Okay, that and Tombstone.

Whatever happened to Val Kilmer?

Fifty-plus years of Val Kilmer filming Val Kilmer beats many of his movies. 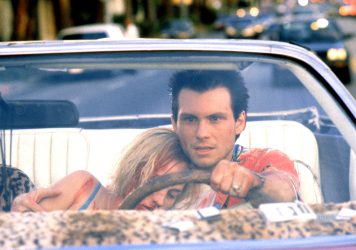 Arrow Video is giving the 4K treatment to an early ’90s triumph from Quentin Tarantino and Tony Scott.