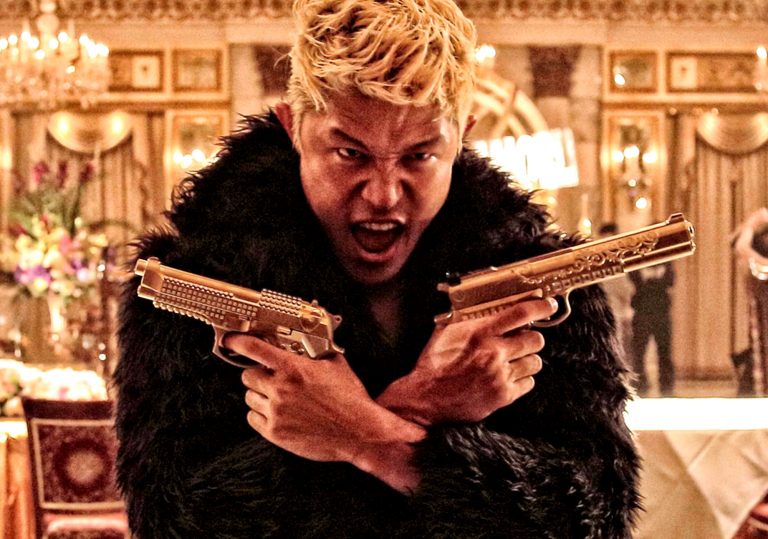 Sono has flow to spare, but samples heavily from icky fanboy culture.

A number of individual scenes could find their way onto your YouTube mixtape.

Japanese director Sion Sono is a major figure among fanboys and girls of hyperbolic, half-a-world-away pop, underground fetishes, and cult genres, with a filmography already encompassing teenage suicide cults, killer hair extensions, up-skirt photography, Catholic guilt, and pet-shop serial killers. Tokyo Tribe, his biggest domestic hit to date, is a musical adaptation of a manga by artist and street-wear entrepreneur Inoue Santa, in which rapping gangs fight a turf war over the course of a single night. With its gonzo martial artistry, hip-hop performance, hyper-stylised cinematography and production design, and brazenly dumb throwaway gags, the film is often almost as fun as it sounds.

Right from the elaborate continuous crane shot that opens the film, Sion fills his mobile widescreen frame to its edges with graffiti, neon and boisterous extras in flat-brimmed ball caps, illuminated by fireworks and searchlights; throughout, a granny in sunglasses spins on her turntables, and an emcee chorus raps about life in the big bad city, and the things you’re about to see. Sion is inventive about his exposition, and emphatic about his niche: when a rookie cop in high heels confronts a thug, he rips her shirt open and, in extreme close-up, uses the tip of his knife to outline the geography of Tokyo, from belly button to breasts.

Each urban district he traces has its own crew, with their own fashion sense and taste in samples (one sounds very faintly like Daddy Yankee’s ‘Gasolina’). In their introductory raps, in alleys or strip clubs, the gangs stride towards the camera or sway in a semicircle – the cinematic aesthetic apes rap videos from the era before rap videos had the means to ape cinema.

When Tokyo Tribe spills over from its backstreet alternate-universe into the real world, it does so with the disjunctive force of a tank – like, literally, a tank rolls onto a Toyko plaza, scattering crowds. It’s a nice joke about the Sonosphere’s hermetic hyperreality, wherein the bass and versified boasting only cuts out for breakdance fighting, CGI gore, creative noodle shop or nightclub ass-kicking, parodies of wuxia wirework, and self-aware one-liners about Kill Bill and Game of Death.

Because Tokyo Tribe is already everything else, it is eventually, as well, a sentimental film about brotherhood, the climactic rumble outro’ed by an anthem to dead homies, aspiring to the gravitas of 2Pac’s ‘Life Goes On’. At one point during the gang war, a character cries out, “It’s the size of a man’s heart that makes him great” – that is, not the size of his penis.

Sono has flow to spare, but samples heavily from icky fanboy culture.

A number of individual scenes could find their way onto your YouTube mixtape. 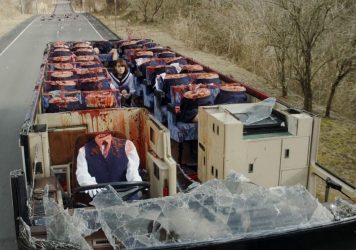 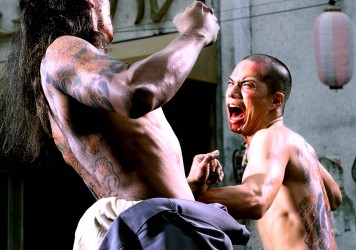