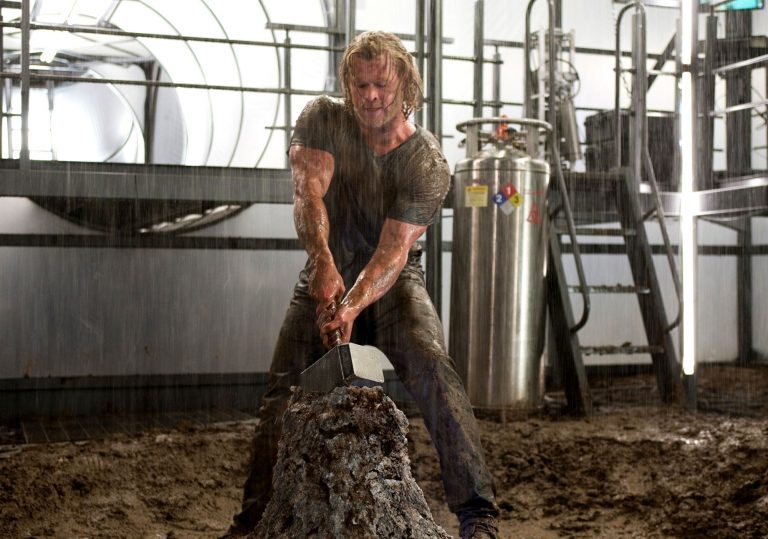 Thor-alright, but far from a classic.

With the relative disappointment of Iron Man 2 in the rear-view mirror and the potential mass team-up clusterfuck that is The Avengers lurking just over the horizon, Marvel Studios brings another of their superheroes to the big screen. This time, though, they face a different challenge: bringing a God into a world grounded in reality that they’ve spent countless films building.

Thor is the tale of the titular Norse deity (Chris Hemsworth), manipulated into defying his father Odin (Anthony Hopkins) by his conniving brother Loki (Tom Hiddleston) and banished to Earth where, with the help of an astrophysicist (Natalie Portman) and her mentor (Stellan Skarsgård), he attempts to regain his trusty weapon and rediscover the nature of his gifts and the power he wields.

At the heart of the story is the Shakespearean relationship formed between father and brothers, one torn asunder by power, greed and arrogance, played with unflinching seriousness by Hiddleston and Hopkins in particular, and it’s easy to see why someone so inextricably linked with the Bard as Kenneth Branagh would have been drawn to direct.

Equally, the Earth-bound portions of the film show a deft touch with humour, and the burgeoning relationship between Hemsworth as Thor and Natalie Portman is sweetly believable even if her character is drawn relatively thin.

Thor suffers, though, when jumping between the spiritual realm and modern-day New Mexico, with the relative sparseness of the American desert serving to draw attention to the unreality of the CGI landscape of Asgard and the overblown melodrama of the portion of the story set there.

There is never any real sense of scale, either: we know some of these impressive swooping shots over a city gilded in gold are intended to give an impression of immense size and wealth, but instead it only feels fake and absurd, especially when held up against sequences set on our planet which actually manage to do a great job of bringing this arrogant oaf of a supreme being into the real world with some degree of believability.

For all its Shakespearean undertones of familial struggles, this is a superhero film with a hearty dash of fantasy and, on those terms at least, it’s a success. Branagh’s skills with directing dialogue don’t quite translate to action, and many of the big fights can be something of dimly lit mess of flying detritus and explosions when viewed through 3D glasses – see the film in 2D if you can, if only to give those beautiful New Mexico landscapes the chance to look as bright as they should – but it does what it sets out to do by setting the stage for future instalments without leaving an audience feeling like they only got to see half a story. At almost two hours long, that was never going to be an issue.

Despite running for a few minutes more than it should, Thor just about manages to avoid sinking under the weight of mythos threatening to drag it down, with talk of Frost Giants and Bifrost and magical caskets and hammers called Mjolnir that possess the ability to help our hero fly, smite his foes, and return to his hand with the sort of accuracy even the best boomerangs couldn’t hope to match.

It would be easy to get lost in these muddy waters mixing Norwegian folklore with pseudo-scientific explanations for the ethereal plane, and the timescale of events taking place on-screen is maddening to comprehend if you try piecing it all together, but this isn’t the sort of film designed to encourage those types of thoughts. It’s impossible to take a film seriously when so many characters are wearing horned helmets, and it’s likely that the whole story would fall apart if placed under too much scrutiny, so don’t take it seriously and don’t scrutinise.

Thor-alright, but far from a classic. 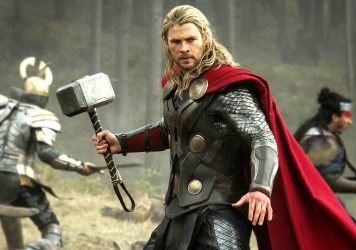