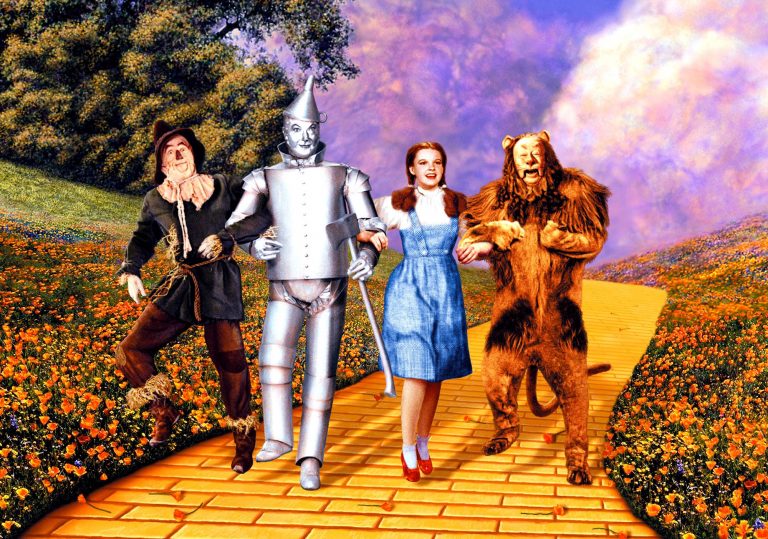 We’re off to see the wizard.

Lions and tigers and bears, oh my.

Looks and sounds wonderful if historic cinematic gold is your thing.

Nary a week goes by without the rerelease of an old ‘classic’ and so a different word is needed to describe the extreme legacy of Victor Fleming’s The Wizard of Oz, which hits screens again in celebration of its 75th birthday. Everything about the MGM Technicolor musical from quotable lines (“I have a feeling we’re not in Kansas anymore”) to pigtailed child-superstar, Judy Garland, to costumes (gingham pinafore and ruby slippers), to the innovative-for-1939 special effects to the slew of canonical tunes are so iconic that to watch them unfold as intended in a chronological film rather than as a winking citation is surreal, like discovering the first ring on an ancient oak that has since grown as wide as a tank.

Set aside overfamiliarity and what is surprising is how well the wit of Noel Langley, Florence Ryerson and Edgar Allen Woolf’s script has weathered. “Dorothy bit you?” deadpans Uncle Henry when screeching neighbour, Miss Gulch, says she’s confiscating Dorothy’s dog, Toto. “No, the dog!” “She bit the dog?!” Fleming’s direction is fast-paced and despite the kitsch imagery and all-round wholesomeness of his heroine, there is a briskness of wit and spirit that is almost, but not quite, subversive. Furthermore, brave puns are scatted like the straw from a monkey-ravaged scarecrow.

The central themes of illusions, dreams and going on an extraordinary adventure all the better to come home and appreciate what you have there are enduring. L Frank Baum, who wrote the source novel, believed that sex was not for children and if there is any romance it is purely that of the movies and of the imagination, which are in some ways, the same thing. The moment when Dorothy opens the door of her sepia coloured Kansas cottage to the bright Technicolor land of Oz is one of unparalleled wonder and innovation.

If there is any critique to level at this fantasy it is at the sort of cinematic notions that inform this line from Glinda, The Witch of the North. “Only bad witches are ugly,” she says indulgently after Dorothy expresses surprise at her looks. Seventy-five years on and Hollywood still clings to the childish conflation of beauty and virtue. This illusion is the most damaging one peddled by both Oz and – more worryingly – the dream-weaving men that power our spectacles.

We’re off to see the wizard.

Lions and tigers and bears, oh my.

Looks and sounds wonderful if historic cinematic gold is your thing. 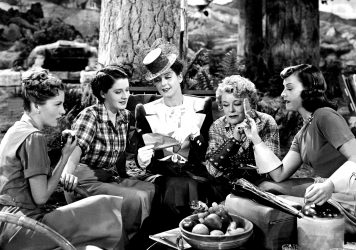 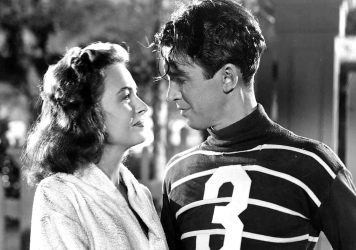 Frank Capra’s festive classic returns to the big screen this Christmas – and it’s an opportunity not to be missed.