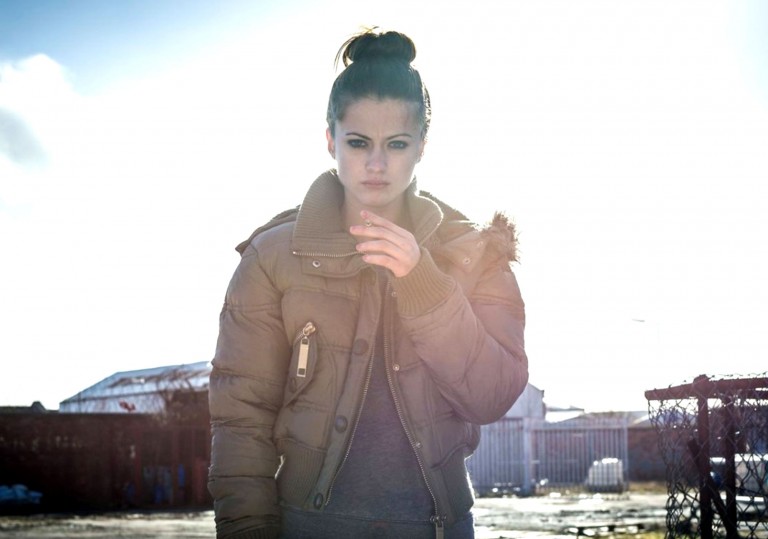 An unfocused and overly convenient story, but there are some glimmers of promise.

Being a person who is transfixingly beautiful is both a blessing and a curse in novelist Helen Walsh’s frisky but superficial debut film feature which, sadly, is unable to capitalise on the blunt ferocity of its title. Shelly (played by Lauren McQueen) is introduced as an object of leery sexual affection in a series of opening shots photographed from crotch height as she wanders around a crummy games arcade in figure-hugging blue jeans. She co-habits with two brothers, one younger, Jerome (Callum King Chadwick), and one older, Andy (Derek Barr), but both ineffectual. Yet she remains master of this modest household, ensuring the trio’s hardscrabble existence whichever way she can.

During the first half-an-hour, Walsh builds up a sense of subtle intrigue in the way she introduces supplementary characters and builds on the chronic, largely unseen backstory which landed the siblings in this sorry state of affairs. You’d have to be plain dim to not see that Stephen Lord’s greasy, reptilian pawnbroker Mikey was not a wrong’un from the first time you set eyes on him. Shelly wants a Zippo lighter from his display, and in what he claims is an act of unbidden kindness, he hands it to her in return for a smile. But it’s clear in this windswept badland of dark alleys and sexual predators that he’ll soon want his pound of flesh.

Another important side player is Brogan Ellis’s Rachel, who crops up at random moments and becomes a friend to the down-at-heel Shelly. She is rich because she lives in a gated community, has an iPad and practices fencing in her spare time (Walsh’s delineation of class is almost comically explicit). Rachel’s presence is as random as Mikey’s is conventional, and the manner in which she flits in and out of the plot at times borders on the magical realist. Until, that is, an unsatisfying and contrived explanation is delivered in the film’s meagre final act.

Elsewhere much time is given over to hand-held tracking shots of Shelly walking through estates and across unsightly scrubland, never once bumping into anyone who’s not one of the film’s key players. Tobin Jones’ cinematography doesn’t help matters, tumbling in and out of focus for reasons which seem to transcend the cosmetic. If this is a stylistic choice, it’s a rather counterintuitive one, as it actually makes it harder to see what the actors are doing with their eyes. Maybe it’s intended in the rough-and-tumble spirit of the film’s setting. It’s a solid calling card film, but here’s hoping the next time around Walsh opts for taking a few more risks.

An unfocused and overly convenient story, but there are some glimmers of promise. 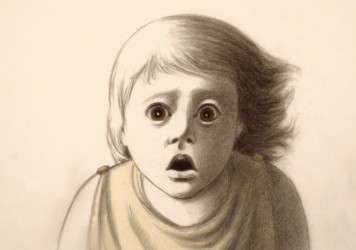 Who Framed Roger Rabbit animator Richard Williams is one of seven directors featured in this excellent short film compendium.