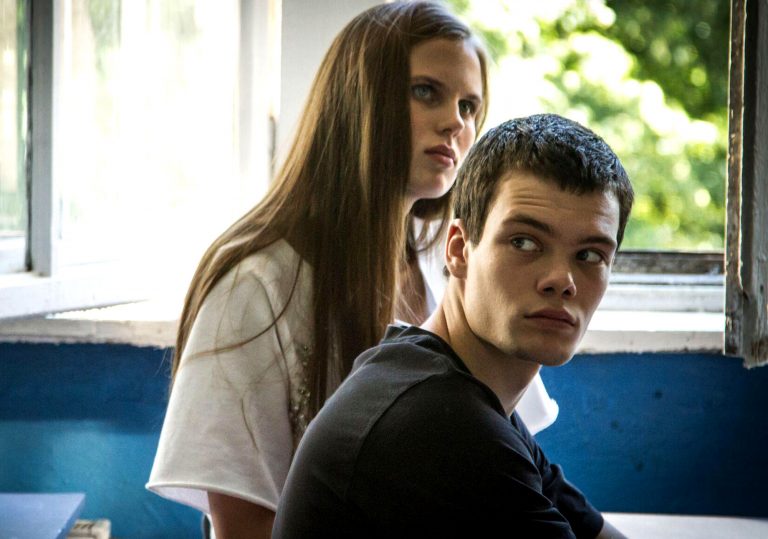 The story of an angry Russian boy obsessed with religion – sounds interesting enough.

Still shaking from that shock ending.

Going through puberty is a rough time for any adolescent. For Veniamin (Pyotr Skvortsov), the star of Kirill Serebrennikov’s The Student, teenage angst manifests itself as a religious tirade. His violent dedication to Christianity is treated as something new – a reflection of Vladimir Putin’s 2013 enforcement of religious teachings in schools.

If you’re feeling out of touch with scripture, then this film will replenish any lost knowledge. It includes live annotations of Bible passages which appear every time our unlikable leading lad makes a quotation. The text is integrated into the scene, whether it’s inscribed on a chalkboard or the walls of a gymnasium. There’s a big contradiction within the Russian school system that Serebrennikov’s film explores. 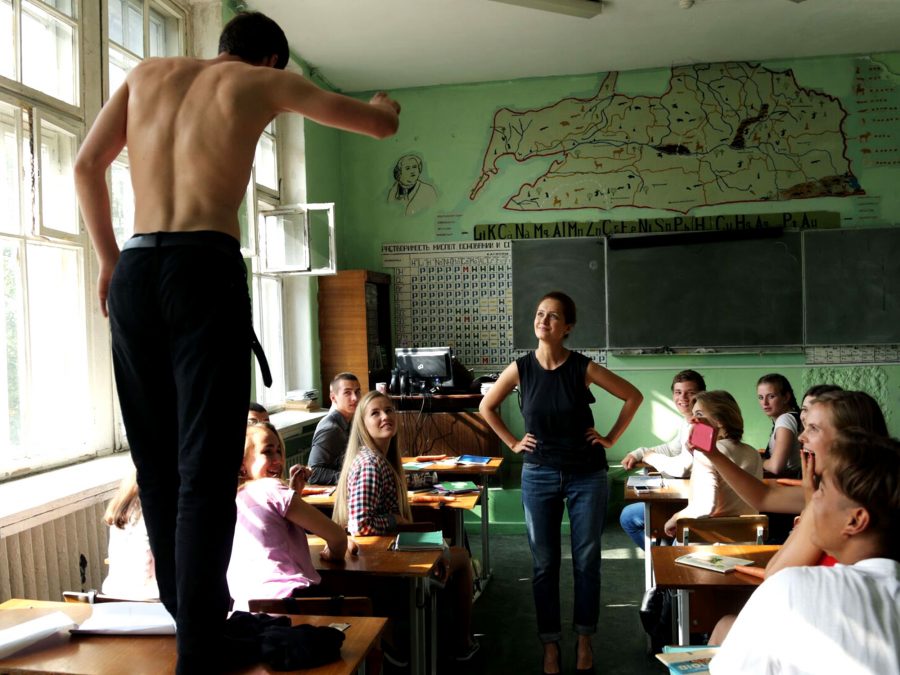 Teachers blindly accept a strict religious syllabus, yet they discipline the boy for following them in the obsessive manner he does. The most centred character is his Biology teacher (Viktoriya Isakova) who is sensitive to religion and open to scientific teachings despite adversity from conservative colleagues and the explosive Veniamin.

It soon becomes clear that Veniamin’s insistent views extend to homophobia and anti-semitism. Yet his outbursts and the ill treatment he receives from his family do become wearying. Some eruptions are actually rather funny, like when he strips naked in protest at having to place a condom on a carrot, or his acting like a 2001 primate to stand up against evolution.

The only glimpse of human empathy we see is his brief romantic involvement with Lidiya (Aleksandra Revenko) who he soon ditches in favour of the cross he holds over his shoulder like a bindle. The Student is stimulating when trying to decipher the rationale of the troubled high school boy who has looming ariel shots hovering over him as if being watched by God. A haunting ending that lands a sucker punch from out of nowhere makes the narrative seem very real and rounds o the film in a heartbreaking manner.

The story of an angry Russian boy obsessed with religion – sounds interesting enough.

Still shaking from that shock ending.