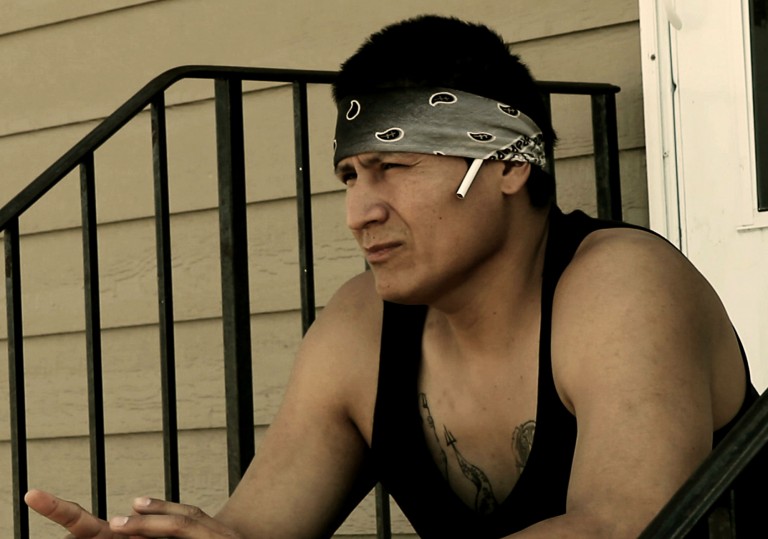 Comes with endorsements by no less than Terrence Malick and Natalie Portman.

Searches a little too hard for a social message where none is needed.

An endless spiral of crime and punishment is the subject of this raw and rambling documentary.

The cyclical hell of drug dealing and gang culture is captured and restated anew in this abrasive yet strangely lyrical documentary portrait of the tragic denizens of the White Earth Reservation in Minnesota. Stereotypical depictions of stoical Native Americans on film are here softly recalibrated to present Rob Brown and Kevin Fineday as hapless down-and-outs whose activities are constantly crushed by the local law enforcement.

The hulking, bear-like Rob, with prison tattoos displayed proudly on his chest, is a career criminal, but also a father figure in the community. He’s shown to be louche and accepting of his time spent behind bars, but a forthcoming fifth stretch (movingly monitored by director Jack Pettibone Riccobono) seems like it just might be the last. Kevin, meanwhile, looks up to Rob, a man he refers to endearingly as an “OG” (Original Gangster). Despite advice from peers and elders alike to not stray down that same dark path, Kevin just seems inexorably drawn to the abyss. But the choices he has are grim: push drugs to locals, or traipse down to the river and drop in pieces of offal to harvest leeches for fishing bait?

There’s some great footage here, including a shot of Kevin riding a bike while simultaneously smoking and playing a video game – a perfect encapsulation of his inability to steer straight and a willingness to place his life in danger for no reason. Later, horrific shots from a party held in honour of Rob’s last day of freedom descend into ugly beatings which become the sick centrepiece for laughter and celebration rather than concern. There’s a sense these two men use the cameras as a way to acknowledge and apologise for their “sins”, but when they’re back on their own, matters are very different.

It’s a film which invites you into a world of high danger, like you’ve been grudgingly approved to be a new member of a street gang. Yet Riccobono tries too hard to push the social issues angle of the material, like this project wouldn’t be worthwhile unless a moral or a lesson can be found at the end of it. Yet the tragedy of these characters is self-evident, and a late-game swerve into a redemption narrative territory is, if not unwelcome, then certainly jarring.

Comes with endorsements by no less than Terrence Malick and Natalie Portman.

Searches a little too hard for a social message where none is needed.