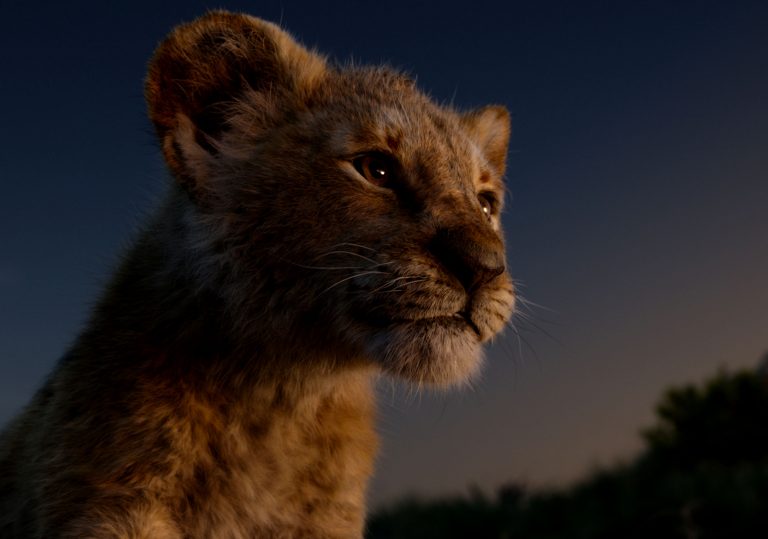 The king is dead. Long live the king.

The battered VHS copy of The Lion King my brother and I watched on what seemed like a weekly basis throughout our childhood (and, let’s be honest, well into early adulthood) came with a short behind-the-scenes documentary loaded onto a bonus cassette. For some reason, we insisted on playing it before the feature presentation, and I can still vividly remember a sequence in which a roomful of Disney animators are shown sketching a pair of adult lions and a cub who have been brought to the studio for research purposes.

Now, everyone knows what lions look like, but presumably this rather unusual life drawing session allowed the animators to gain a more intimate understanding of these magnificent animals, from their unique physical characteristics to the way they move and interact with each other. Creating a fun, vibrant cartoon that would appeal to as broad an audience as possible may have been Disney’s remit when they embarked on what many consider to be the crowning achievement of their so-called Renaissance period, but realism was literally inked into the film’s DNA.

Twenty-five years on, this principle has been taken to its illogical extreme. Engineered by Jon Favreau, whose 2016 remake of The Jungle Book showcased the awesome capabilities of modern computer animation while putting a few neat twists on a familiar fable, The Lion King 2.0 is a high-grade photocopy that is at once staggering in its aesthetic sophistication and shruggingly ineffective as a piece of visual storytelling. Like a herd of wildebeest stampeding through an uncanny valley, it makes a thunderous impact only to leave you ruing the precious thing that has been lost amid the clatter of CGI hooves.

In Favreau’s film, the Serengeti and the myriad creatures that inhabit it are brought to life with a level of clarity unprecedented outside of nature documentary. Yet as anyone who’s ever seen a David Attenborough show knows, animals in the wild do not behave as they do in The Lion King. You’ll never see a mandrill perform a shamanic ritual or wield a staff as a weapon. The warthog is not the meerkat’s primary mode of transport. An elephant bows to no one. The fundamental shortcoming of this dazzling deepfake is that its unwavering commitment to photorealism contradicts the fact that it is an animated fantasy about a singing lion.

De-anthropomorphise these characters and you strip away their soul, too. The scene where Mufasa is killed is arguably even more dramatic this time around, but when the dust settles and Scar guilt-trips Simba into fleeing Pride Rock, you don’t feel anything because the characters, by design, are incapable of conveying human emotions.

Compare this with Roger Allers and Rob Minkoff’s 1994 film, which contains one of the most devastating shots in Disney’s entire animated catalogue: little Simba, having laid down beside his stricken father, turns his head to look up at his uncle, and for a brief moment we can see that the fur on his cheek is wet from crying. Real lions can’t cry, of course, so it would be inaccurate and possibly jarring for Simba to shed a tear in the equivalent scene in Favreau’s film. But what good is authenticity if it denies emotional connection? 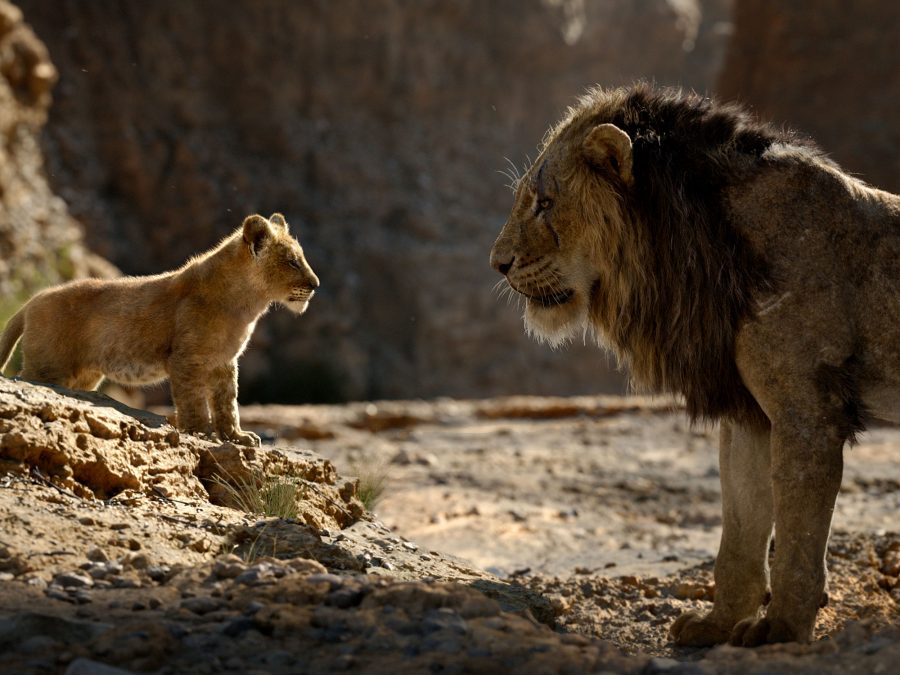 Trade on people’s nostalgia and leave out cherished details at your peril – maybe this explains why Favreau and screenwriter Jeff Nathanson don’t really meddle with the source material. Still, it’s surprising how little narrative ambition they show. Like its predecessor, this film teaches us something of the delicate balance that exists between all living things, yet where the ancient, mystical forests of central India are as essential to Favreau’s The Jungle Book as Mowgli, Bagheera or Baloo, the African Savanna is merely the backdrop for this restaging of a lion prince’s belated ascension. Given the cutting-edge virtual production techniques at the director’s disposal, it feels like an opportunity to expand the world of The Lion King – to immerse viewers more meaningfully in a land that will likely be foreign to them – has been missed.

Lacking a compelling setting, expressive characters, and with updated versions of several key musical numbers – most notably ‘I Just Can’t Wait to be King’, ‘Be Prepared’ and ‘Hakuna Matata’ – severely compromised by having to be ‘performed’ by the animals while maintaining a veneer of ecological credibility (alas, no goose-stepping hyenas here), The Lion King 2019 is a sort of cinematic Fabergé egg: you can’t help but gawp admiringly at its high-sheen, jewel-encrusted surface, but it’s completely hollow once you crack it open.

So, with James Earl Jones the only member of the original voice cast to reprise their role (long live the king and all that), it’s left to a new class of celebrities to inject some personality into proceedings. Again, the results are mixed. Jones, Chiwetel Ejiofor and Alfre Woodard add gravitas as Mufasa, Scar and Sarabi respectively. Donald Glover is fine as Simba. Billy Eichner and Seth Rogen turn Timon and Pumba, the wisecracking double act at the film’s comic centre, into a bickering queer-coded married couple (some would argue they were ever thus). John Oliver’s clipped speech and fussy manner are a perfect match for highly-strung hornbill emissary, Zazu.

And then there’s Beyoncé, who does a fine job as Nala despite being lumbered with some dud lines; “lions attack!” being the most cringe/meme-worthy of the lot. The pop star and sometime actor also lends her vocal talents in another sense, with a companion album comprising original songs and music by various African artists set for release the same day as the film. ‘The Lion King: The Gift’ may prove to be another Queen Bey banger, but the sole cut to make it into the main body of the film, an anthemic ballad entitled ‘Spirit’, feels out of place alongside Elton John and Tim Rice’s treasured compositions.

Perhaps the most bewildering creative decision in The Lion King occurs at the outset, before the film has properly begun. In an unexpected and somewhat ironic move, the digitised Disney ident which has accompanied all of the studio’s animated output since 2006 – a sweeping, pixie dust-sprinkled pan of the Sleeping Beauty Castle and its surroundings – appears re-drawn using traditional methods. It’s an unintended reminder that although the quality of computer-based image-making has improved drastically in recent years, it will never surpass the artistry and wonder of hand-drawn animation.

The king is dead. Long live the king.