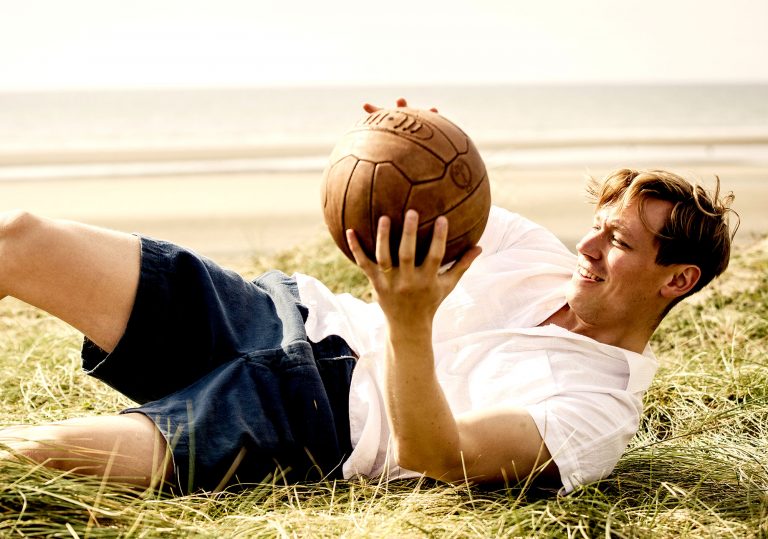 Who is this person?

There’s so much more than just the match! David Kross and Freya Mavor are delightful.

A number of omissions skew the full story, but a charming and often enlightening watch all the same.

Famed German goalkeeper Bert Trautmann is the subject of this delightful romantic biopic.

Wherever Bert Trautmann went, everyone asked about his injury. Before the death of the German goalkeeper in 2013, his triumphant performance in the 1956 FA Cup Final earned him the title of ‘Man City legend’. Seventeen minutes before the end of the game, a violent collision sent Trautmann down in searing pain, but he got back up and carried on playing. Four days later, doctors confirmed he had broken his neck.

The story of his life is illustrated in Marcus H Rosenmüller’s The Keeper, a romantic biopic about the goalkeeper’s journey from German paratrooper to national treasure. The film expands on more than just the moment he made sporting history, leaning on his relationship with his first wife, Margaret Friar (Freya Mavor), and the reconciliation of his time in the War with the will to become a British hero.

While sceptics rejected Trautmann because of his origins, immediately dismissing him as a ‘Nazi traitor’, the footballer worked to distance himself from this ideology, admitting he went to war at a young age, before realising what he was getting into, or who he was fighting for.

Fabricated sequences pluck Trautmann (a tall and sturdy David Kross) from the POW camp in which he’s serving his time, to play football on weekends for St Helen’s FC in 1944. John Henshaw is convincing and comical, as he portrays the red-faced, big-hearted amateur coach (and future father-in-law), Jack Friar, headhunting the young footballer and establishing his sense of priorities. “It’s either football or hard labour,” he tells Bert.

But Trautmann’s psychological reckoning is brought to the fore, broadening the film’s appeal through compassionate themes of pride and loyalty – on the pitch, in the city, at the dinner table. The romance between star-crossed lovers Bert and Margaret is handled tenderly, in no small part thanks to the owing compassion shared between the two young actors.

As Margaret, Mavor softens the prejudice around Bert’s past, as she speaks up for her country as well as her husband. In moments of tragedy, her body language stiffens and increases the stakes, offering credible empathy in what could have been an excessively formulaic melodrama.

An optimistic through-line characterises the film, only sewing in fleeting flashbacks, mainly of Manchester City fans when they learn about the past of the man hired to replace their beloved goalkeeper, Frank Swift. The focus is maintained on Bert’s skill and determination, as well as his first serious relationship. This helps to build an image of a well-rounded hero, but it omits the less exemplary parts of his life, namely an estranged daughter and two more marriages following his divorce from Margaret in 1972.

The joy of playing football is rhymed with the weightlessness of dancing. There is an emphasis on the importance of the moment, focusing energy on those ashes of joy in motion instead of dwelling on the more trudging points of history. It’s not quite an exhaustively truthful biopic, but The Keeper successfully sparks interest beyond the realm of City fans – and celebrates how forgiveness and persistence can bring home more than just football.

Who is this person?

There’s so much more than just the match! David Kross and Freya Mavor are delightful.

A number of omissions skew the full story, but a charming and often enlightening watch all the same. 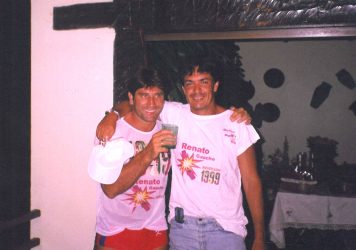