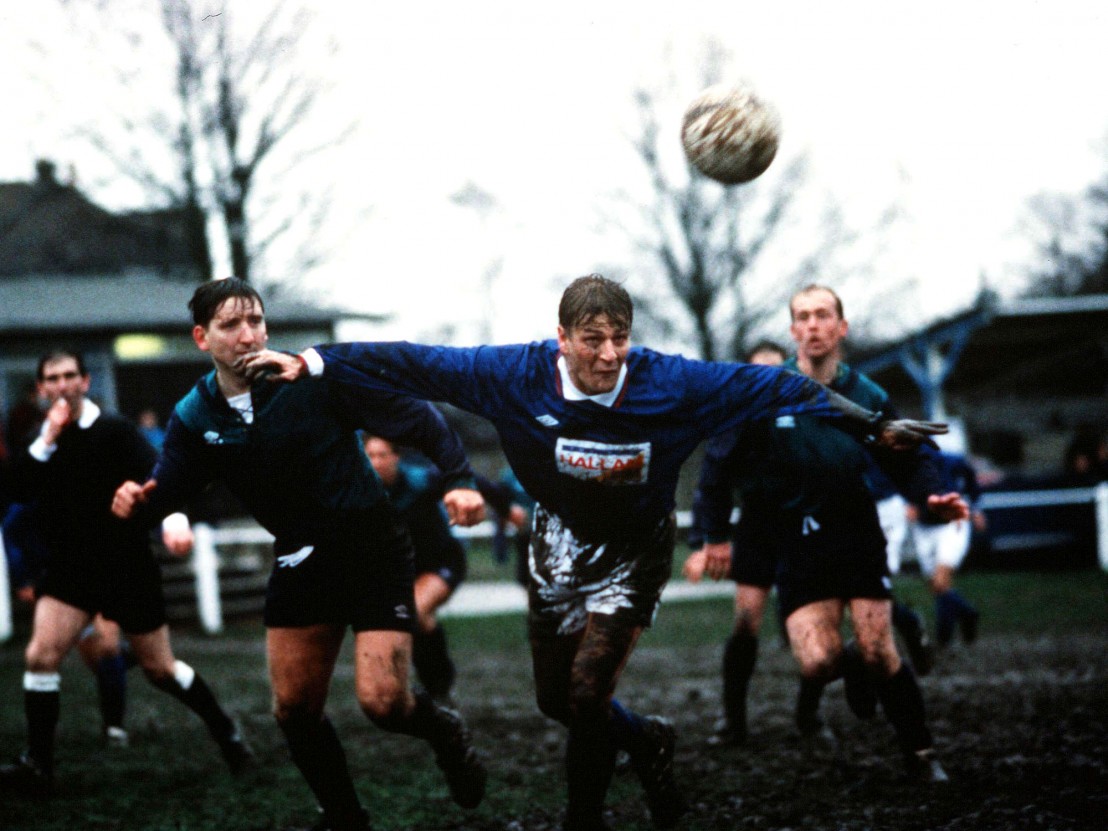 Cast your mind back to the summer of ’96. Britpop was in full swing, New Labour was on the rise and football was becoming very rock ’n’ roll. The Premier League and the growing appeal of foreign competitions was breathing new air into the sport at just the right time. That summer, England hosted the European Championship, inviting many of the continent’s greatest players into its various stadiums.

Cinema has a habit of trying to cash in on the triumph of international football tournaments with often embarrassing results. The turgid Danny Dyer vehicle The Other Side revolved around Euro 2004, while the equally baffling Goal III: Taking on the World coincided with the 2006 World Cup. Even Disney championed the United States’ victory at the 1999 Women’s World Cup with Airbud: World Pup.

These films are soft-centred romps designed to celebrate the beautiful game on a purely superficial level. By contrast Maria Giese’s When Saturday Comes, released a few months before Euro 96 kicked off, is a bleak, sometimes strange film that goes completely against convention. It follows the trials and tribulations of Jimmy Muir, played by Sean Bean, a talented but unmotivated non-league footballer. He spends his days working in a Sheffield brewery and spends his evenings either drinking or sleeping around.

He’s the cliched English footballer of the era: talented but not determined enough to realise his potential and far more concerned with nightlife than any form of fitness. On top of this he also has a gambling addict father and a hapless brother, who apart from wearing some rather questionable outfits, is obsessed with his sibling and blind to his desperate surroundings.

After catching the eye of local scout, Ken Jackson (Pete Postlethwaite), Muir is offered a trial at his beloved Sheffield United, which doesn’t go according to plan. What unfolds is the sort of bleak turmoil that wouldn’t be out of place in a Lars von Trier film.

When Saturday Comes isn’t entirely successful and although it contains a few unexpected shocks and twists, the more melodramatic elements fail to ring true. That being said, it should be applauded for not presenting the sport as an easy-to-access world where everything is laid on a plate for its protagonist.

In 2016 the story of an non-professional footballer in his late twenties suddenly being given a chance in the first team of a major English football club seems inconceivable. Today’s footballers are nurtured from a tender age, usually nurtured through the academy system before signing a senior contract in their late teens. Jimmy Muir’s story seems like pure cinematic fantasy. But is it really so ridiculous? Not if your name is Jamie Vardy.

In 2011 the Leicester City striker was still playing for Halifax Town in the National Premier League, Premier Division, the seventh tier of English football. Six years later he has just scored 24 goals in only his second season in the top-flight and broke a record for scoring in 11 consecutive games. His goals helped the Foxes overcome 5000/1 odds and win the Premier League for the first time in the club’s history. The 29-year-old’s efforts have also earned him a place in the England squad this summer, where he may experience more glory at Euro 2016.

A Jamie Vardy biopic is already in the works and although his story is far greater than anything that When Saturday Comes has to offer, the producers could take a lot from its structure and storytelling. Football films are often guilty of trying to capture to beauty of the game and the glory of victory. When Saturday Comes does that too, but it’s far more invested in the sport’s working class roots than the simple desire to lit silverware and drive flash sports cars.

Muir isn’t the best footballer you’ve ever seen. He doesn’t do amazing tricks or score impossible goals. He could easily be a family member or a friend – just a regular bloke who was never given the opportunity to succeed. Considering how ubiquitous the glamorous side of the modern game has become, it’s a refreshing reminder of football’s humble origins.