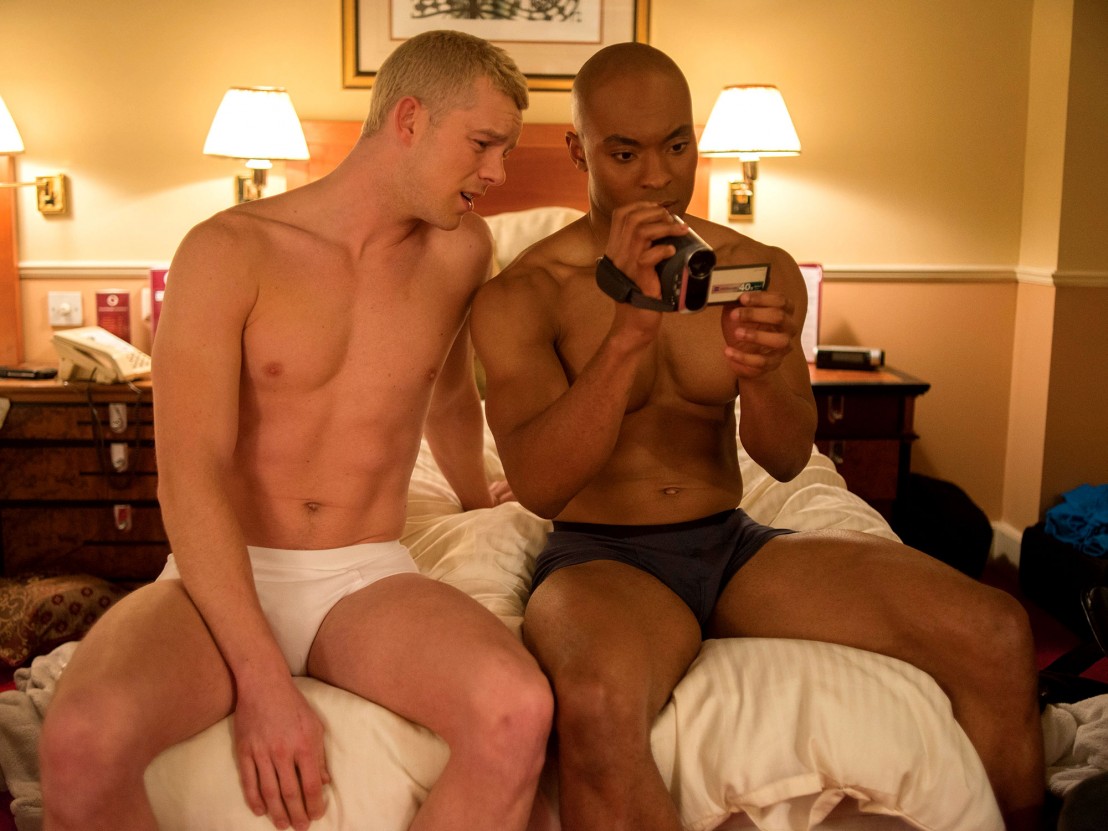 After Thomas “The Hammer” Hitzlsperger retired from playing Premier League football in 2013, he came out as gay. In numerous interviews given after the announcement, he diplomatically articulated complex personal reasons for staying in the closet until his career was over. He was, however, unequivocal in flagging that the word ‘gay’ is still being used as a term of abuse among his colleagues. “They think that in professional football you have to be strong, powerful and they think that being gay means you aren’t that you’re the opposite – you’re soft, you don’t really like to tackle, you’re very weak… Why do people think that being gay also means that you’re weak? I think I proved the opposite,” Hitzlsperger explained in an interview with SPOX.

“We know that children – boys mainly, as young as 10 – start to use homophobic language on the football pitch,” says Louise Englefield, Director of Pride Sports and Football v Homophobia, an initiative launched in 2010 with the aim of creating a safer environment for LGBT individuals at grassroots level. “If I’m delivering training in football, or in sport, I will list a load of homophobic slurs and put them up on the screen and say, ‘Right, these are some of the things I’ve heard said on a football pitch, how many of you have heard these things said on a football pitch?’ I’ve never encountered a young person in the years that I’ve been working in this area who said, ‘none.’”

The Football Association are theoretically plugged into the battle against discrimination. Although it is debatable how much power they have to enforce their values on the ground, their website has an ‘equality’ section full of encouraging sounding resources, campaigns and policy information. There is a telephone number and email address specifically for reporting discrimination. “The work by the FA, as the governing association in charge, and the laws that they’ve put in place and the rules and regulations, have made great strides in creating a more welcoming atmosphere. There’s things like zero tolerance for any type of homophobic abuse in games,” says Ben Biggs, the current Chairman of Stonewall FC, a gay football club that turned 25 this year.

Biggs says that it has been 10 years since anyone at Stonewall FC was subjected to homophobic abuse and thinks that a Premier League footballer or footballers will come out within the next three years. “Society’s ready for it. Everything’s there. I think the reason they haven’t [come out] is because when a player does eventually, it’s going to be such a huge thing and they’re not necessarily prepared and don’t want to be a poster child for that. They may just want to concentrate on playing the football.”

Of course, top flight football is an international game. Inclusive values in a home country fade in significance as the global stakes are raised. The 2018 World Cup will take place in Russia and the 2022 World Cup in Qatar, two nations that don’t exactly boast progressive attitudes towards LGBT rights. “If actions speak louder than words, then the message FIFA sends to gay athletes is painfully clear. Not only don’t they have our backs, our lives don’t matter,” observes a USA Today article by Robbie Rogers, an out gay footballer who plies his trade in the MLS for LA Galaxy. “For any gay soccer player who has hopes of playing for the US National Team at the World Cup, being open about their sexuality could have real consequences when they set foot in countries with laws that could land them in jail.”

Even Biggs, whose approach toward authorities is generous, thinks that FIFA could being doing a lot more. He recollects the dismissive response of previous FIFA despot, Sepp Blatter, to concerns about taking the World Cup to Qatar, where being gay is illegal: “I’d say [gay fans] should refrain from any sexual activities,” declared Blatter in 2010. “Discrimination is incompatible with the very essence of sport and the universal values inherent to it,” said a FIFA spokesperson six years later, and in response to our enquiries, “We believe that the hosting of the FIFA World Cup offers a great opportunity to say no to any form of discrimination and send a clear message to the world in this regards.”

It’s easy for those in positions of power to respond to growing concerns about LGBT tolerance by making agreeable comments attached to hyperbolic emotional statements about football’s inherent gloriousness. But according to a 2014 international study into homophobia in sport entitled ‘Out on the Fields’, football is not inherently inclusive. Sixty-two per cent of all participants and 73 per cent of gay men believe that homophobia is more common in team sports than in the rest of society in their country. This position is supported by Englefield’s anecdotal findings as she encounters young people in her field work. “There’s something about sport, and the way that sport has been contracted to prize a kind of heroic masculinity which is essentially heterosexual above all else, that encourages homophobia.”

For Englefield, the solution is clear: education, education, education. “More needs to be done generally around educating young people. Football is an absolutely massive sport. It’s completely influential. It’s in schools. It’s the largest sport in the UK and it needs to take some responsibility for the messages that it delivers to its participants. It’s really important to deliver messages around sanctioning and rules but there’s also something here about making the environment more inclusive, trying to educate young people in football so that, when they come through, the next generation of young people are thinking before they speak, thinking before they use the kind of language that makes lesbian, gay, bisexual and transgender people feel really unwelcome in the game. It’s an ongoing campaign, an ongoing issue, it needs some more investment from the football authorities. We know we’ve made some progress over the last ten years but it doesn’t just go away just because there are a few positive headlines. Lots of work needs to be done.”

To find out how you can take action to make football less homophobic visit footballvhomophobia.com

The Pass plays at BFI Flare on Wednesday 16 and Thurday 17 March. Find out more at bfi.org.uk/flare