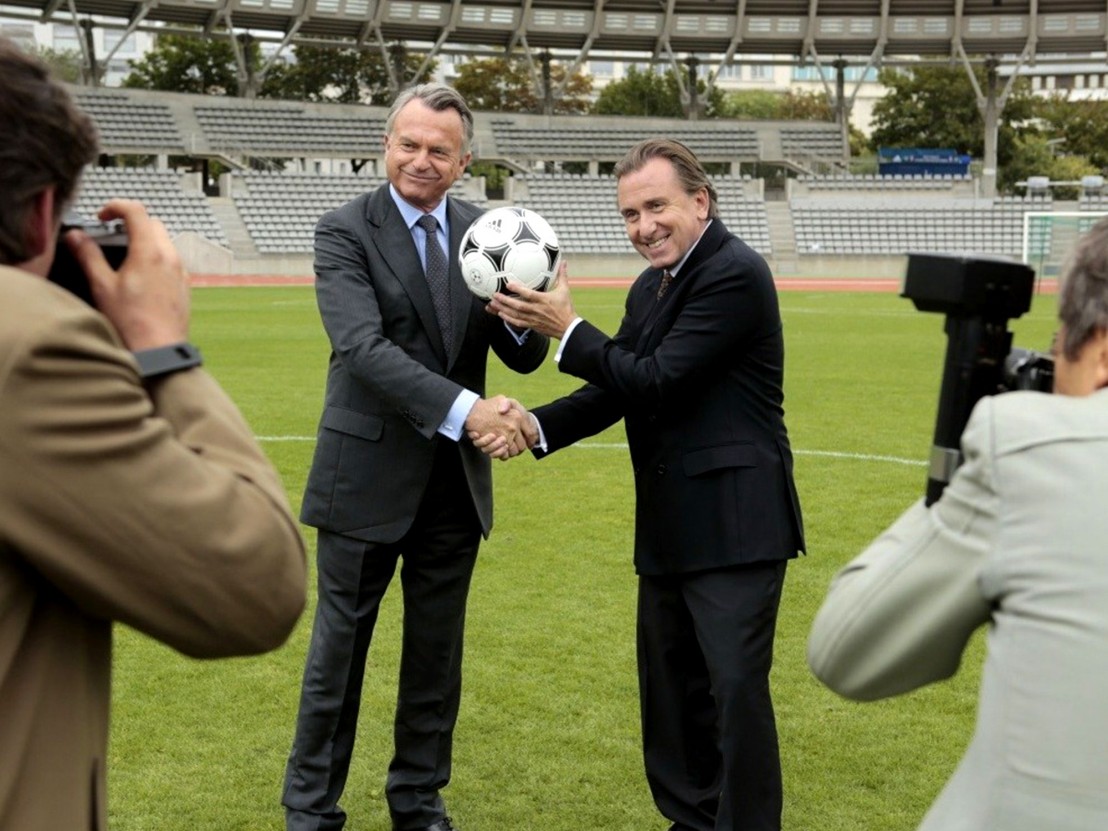 On Tuesday 27 May, 2015, seven senior FIFA officials were arrested on charges of racketeering, fraud and money laundering stretching back 24 years. For anyone who has even a cursory knowledge of football’s governing body and its cuddly despot, Sepp Blatter, these serious accusations will have come as no surprise. But Blatter isn’t the unscrupulous Swiss bastard everyone outside of FIFA is portraying him to be.

Not according to Frédéric Auburtin’s eye-opening  historical drama United Passions, at least, which is described via its official synopsis as: ‘The saga of the World Cup and the three wholly honest and deeply ethical men who created it.’ The film was released in a scattering of European territories in 2014, and a rudimentary internet search leads to a tube channel hosting it in its glorious, multi-layered entirety. Here are 10 things we learned from watching it…

1. Football is more important than life and death

In 1904, back when Europe’s leading national football associations regarded staging an international tournament as an absurd folly, one man dared to dream of creating a global footballing community built on the principles of fair play, integrity and tolerance. That man was Cornelis Anton Wilhelm Hirschman (played here by Fisher Stevens), a Dutch banker whose noble vision gave birth to the Fédération Internationale de Football Association. To most people football was seen as just a bit of fun – to Hirschman it was so much more.

2. FIFA was the first organisation to oppose racism within football

Hard to believe, but association football wasn’t always the egalitarian utopia we know and love today. It was once a white man’s game played by gentlemen and governed by rampant bigots who considered the minutiae of their fair sport as being far beyond the comprehension of those developing nations unacquainted with the modernities of Western civilisation. As one character puts it, “the stupid and undisciplined Zulus” would never be able to get their heads around the offside rule. Enter Jules Rimet (Gérard Depardieu), FIFA’s third president and the man primarily responsible for creating the World Cup (or Copa del Mundo as it was known back then). Thanks to Rimet, prejudice and xenophobia within football were eradicated virtually overnight. Though of course, everyone still hates the English.

3. It’s never been about the money

They say money makes the World Cup go round, but contrary to popular belief the destination of the tournament has never been decided through anything other than a robust democratic voting system. The inaugural 1930 championships, for instance, may have been proposed by Uruguayan diplomat Enrique Buero (Antonio de la Torre) – who in one scene ensures Rimet that “unlimited funds” will be made available should his beloved Uruguay become the first host nation – but the fact that the final ended up being played in front of 100,000 spectators in the brand spanking new Estadio Centenario stadium in Montevideo was just a happy coincidence.

Two years prior to hosting the 1978 World Cup, Argentina suffered a military coup, prompting several ministers and social commentators to call for a boycott of the tournament. Not one to bow to external pressure, then FIFA President Joao Havelange (Sam Neill) points out that Pelé has done more for world peace than any UN resolution, before tasking a dynamic young technical director by the name of Joseph Blatter (Tim Roth) with finding a solution to appease all parties. What the people need, he reasons, is an iconic, unifying motif they can identify with. A spherical symbol of hope. What they need is to see their heroes take to the field, specifically with an adidas Tango at their feet. Argentina went on to defeat the Netherlands 3-1 in the final, with Mario Kempes stroking home in extra time to send the entire country into a state of ticker tape euphoria that would alleviate their political concerns for good.

Politics and sport are inseparable. Sepp Blatter knows this, which is why he’s long been outspoken on such non-footballing matters as apartheid and racial discrimination. He may be introduced here as FIFA’s 12th man, described by Havelange as someone who is “apparently good at finding money,” but he quickly establishes himself as the organisation’s unerring moral compass and crusading spokesman on an array of complex social issues.

6. Sepp Blatter is a union man

In the mid-1970s, FIFA was in financial disarray and facing an uncertain future until Blatter bailed the organisation out by writing a cheque for 2,000 Swiss Francs, ensuring everyone was paid on time. Quite what state football would be in without his timely intervention hardly bears thinking about.

7. The press are rotten to the core

The world’s football press has been gunning for Blatter ever since he rose through the ranks to become General Secretary in 1981. In one scene, several so-called professional journalists have the temerity to hijack a perfectly good-natured press conference in a calculated attempt to put Blatter on trial. Naturally he fends off these unfounded allegations in a calm and dignified manner, informing British reporter Edgar Willcox (Jason Barry) that he will stand up to any bad apples within FIFA.

8. Hard work and perseverance pays off

Throughout the 1980s, while Maradona was working his magic on the pitch, Blatter was working his off it – inspecting stadia, signing lucrative contracts with corporate sponsors and meeting with foreign dignitaries on his countless diplomatic missions. It’s thanks to his tireless efforts that football continues to thrive on a global scale. Lest we forget FIFA has survived two world wars and an unprecedented economic crisis, so maybe it’s time we all showed Blatter and co a bit more respect, yeah?

There was a time when FIFA’s involvement in African football didn’t extend beyond providing a few bits of kit here and there. That all changed thanks to Uncle Sepp, who went out of his way to accommodate African nations competing at major tournaments and later laid the groundwork for the hugely successful 2010 World Cup in South Africa by winning the hearts and minds of the voting CaF (Confederation of African Football) members, not to mention the African people.

Yes, he’s on record as saying female footballers should wear “tighter shorts” if they want to attract more viewers, but no one has done more to promote women’s football than Sepp Blatter. No. One. 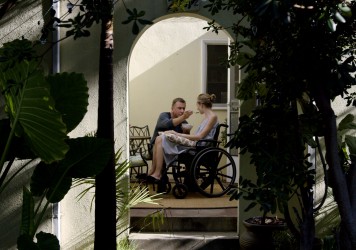