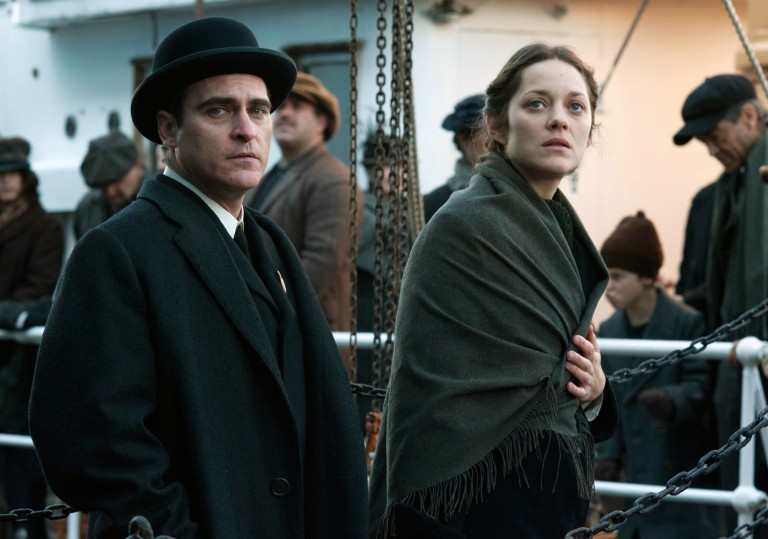 Will this be the James Gray that sends this cult director into the stratosphere?

Maybe needs another watch. Maybe not…

Oh James Gray… Who should I read, what should I watch, what intellectual peak should I ascend in order to understand your purported filmmaking genius? His soporific latest, The Immigrant (née Low Life, which is possibly a more apt title), is a gauzy-lensed, ultra-earnest tale of doomed romance in a snow-globe rendering of 1920s New York.

Marion Cotillard’s sad-eyed Polish migrant Ewa is escaping the Great War and is given a helping hand by the shady, bowler-hatted Bruno (Joaquin Phoenix, playing almost exactly the same character as he did in Gray’s Two Lovers) when docking at Ellis Island. Her sister is interned in a closed hospital upon their arrival due to her tuberculosis, and Ewa is forced to decide whether she wants to accept Bruno’s apparently benign offers of work, board and cash in order to assist her ailing sis.

The film is alienatingly solemn and emotionally muddled, its central relationship rarely coming across as either convincing or sincere. The ethical quandaries faced by Cotillard lack any kind of satisfying ambiguity, as her unflagging devotion to her sister means that we never once believe that she might swerve from her stolid convictions. Dramatically, too, the machinations unfold in a series of hackneyed and contrived twists, where revelations only ever surface via handily overheard conversations, through partially opened doors and via characters shimmying up fire exits. This crass dramaturgy only serves to reduce the lyricism and intensity of the conversations between Ewe, Bruno and white-knight third party, Emil (Jeremy Renner).

Also, Gray’s romantic realist mode offers a take on the US immigrant experience which suggests that holy innocents with a good face and vulnerable demeanour will be scooped up on a wave of admiration and charity. The film wipes its hands of any political subtext, to the point that its central story needn’t have been told in the stranger-in-a-strange land context. It’s not that Ewa’s situation isn’t dire, it’s that Gray doesn’t seem to know how to communicate this intangible prison in which she’s found herself beyond having his camera linger on her constantly-dejected expression.

The formulation and maintenance of family remains an integral theme to Gray’s oeuvre, and The Immigrant takes place at a time when families are scattered between continents and fall apart at the hands of militant self-preservation. The “family” Ewa joins as part and parcel of Bruno’s brothel is never capitalised on beyond a single tantalising bath-house scene which suggests that Ewa is just a single link in an infinite chain of woe. Her fellow prostitutes remain background padding, responding apathetically to Bruno’s obvious preferential treatment towards Eva. The film’s final revelation also comes as little surprise, dampening the taper on some potentially very grand emotional fireworks.

Gray has clearly attempted to make a movie whose dynamics are rooted in classical Hollywood filmmaking, but in doing so has made his own work look deficient by comparison. He lacks the passion and verve of someone like Terence Davies who is able to filter through the universal poetics of antiquated material. And in terms of grappling with the exploitation that women can face when arriving in unknown lands and opting to consort with strange men, this is vastly inferior to Lars Von Trier’s Dogville.

Some are hailing the film a masterpiece. Either I’ve entirely missed a different, coherent and headily romantic masterwork – I’m not seeing the stupendous forest for all the withered, crooked trees – but this movie left me utterly cold.

Will this be the James Gray that sends this cult director into the stratosphere?

Maybe needs another watch. Maybe not…