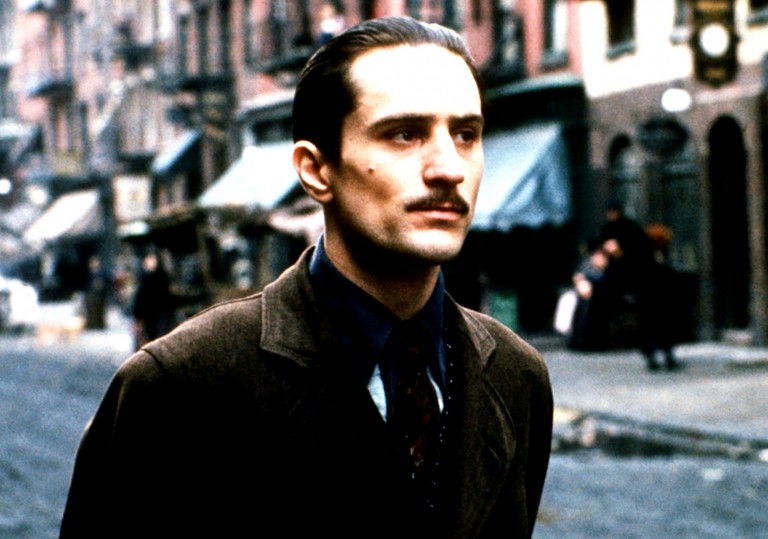 Coppola, Pacino, Duvall and skinny De Niro all back together on the big screen?

A full-bore reminder of how elegant, shocking and literate blockbuster filmmaking can be.

Either taken alone or together with the original, The Godfather Part II is an astounding work. And, for all the ribbing, the third one isn’t all that bad either.

Not so very long ago, an otherwise trustworthy associate of LWLies revealed that they’d recently watched The Godfather trilogy for only the first time. This was surely an important cinematic test-case in the making: what would this rare pair of fresh eyes see? Would so beloved and lauded a film crumble under the scrutiny of a level-headed 21st Century critique or would it remain as timelessly relevant as a Shakespearean tragedy?

Would the elegantly paced and carefully structured narrative hold up or appear staid and strained? Ultimately, the verdict was one of stunned intoxication. ‘Finally!’ our novitiate exclaimed amid general rhapsodic praise, ‘I now finally understand all those references in The Simpsons!’

It may seem like a frivolous, throwaway comment, but perhaps there’s some grain of idiot truth buried there. The ba-da-bing! symbolism of The Godfather films is so deeply etched into the cultural consciousness that it has become a shorthand that’s instantly recognisable whether you’ve seen the actual movies or not. Be it a horse’s head at the foot of your bed, Luca Brasi sleeping with the fishes or Homer Simpson strutting haughtily through ‘Ethnictown’ in a pristine white suit, we’re all immediately on the same page. It’s not every film that achieves such iconic status – especially not a long, ponderous, dimly-lit, partly-subtitled ’70s drama about avarice and loss.

And while the splashy, claret-coated opera of the original Godfather is the film that kicked it all of, and The Godfather Part III is, well… y’know, it is perhaps (and certainly for the purposes of this review) the second instalment of director Francis Ford Coppola’s sprawling Mafia opus upon which the Godfather trilogy’s sepia-hued reputation pivots.

Picking up a few years after the first film, Part II finds Michael Corleone (Al Pacino) and his extended family living on the shores of Lake Tahoe, Nevada. Attempting to turn the Corleone crime family into a legitimate business concern, Michael is now rubbing shoulders with Senators and high-rolling financiers rather than street toughs and crooked coppers. But, as he puts it in one of the film’s most celebrated lines, they are all of them — himself included — “part of the same hypocrisy” and it doesn’t take long for violence, betrayal and revenge to undermine his plans for legacy and empire.

You probably know the rest inside-out, but watching the film again, one is struck by a hitherto unnoticed ‘whodunnit?’ thread that runs through the film. Michael travels from Nevada to Miami, from New York to Havana like a gumshoe attempting to piece together the clues as to who it is that’s trying to put the skids under his plans to take the family legit. When he does finally puzzle it out — “I know it was you, Fredo. You broke my heart. You broke my heart!” — it brings him more pain than he can know

It is a rare burst of emotion. This time out Pacino plays Michael Corleone like some form of ascetic shark. Abstemious, cold, focused, Michael’s obsession with the propriety of his family name blinds him to the actual people around him. He exists in a dark bubble even when under the blazing sun of Cuba. This is famously contrasted by intercut scenes of his father Vito (Robert De Niro) arriving in America from Sicily and slowly making his (mostly) genial way to prominence in the bustling, hugger-mugger Old World community of Little Italy at the turn of the century. Here family is all. For Michael, the idea of family has taken over.

Coppola spins this all out like a master. Clearly at the height of his powers and enjoying the kind of studio support he would never know again, this is an intimate tale that just happens to be told over the course of sixty years, across two continents and via the most guarded, labyrinthine plotting of the decade (well, perhaps second, after Chinatown). The result is simply devastating. By the end of the film, Michael has achieved everything he set out to do and yet is left with nothing but The Godfather Part III to look forward to. Could there be a greater punishment for his sins?

Coppola, Pacino, Duvall and skinny De Niro all back together on the big screen?

A full-bore reminder of how elegant, shocking and literate blockbuster filmmaking can be.

Either taken alone or together with the original, The Godfather Part II is an astounding work. And, for all the ribbing, the third one isn’t all that bad either.