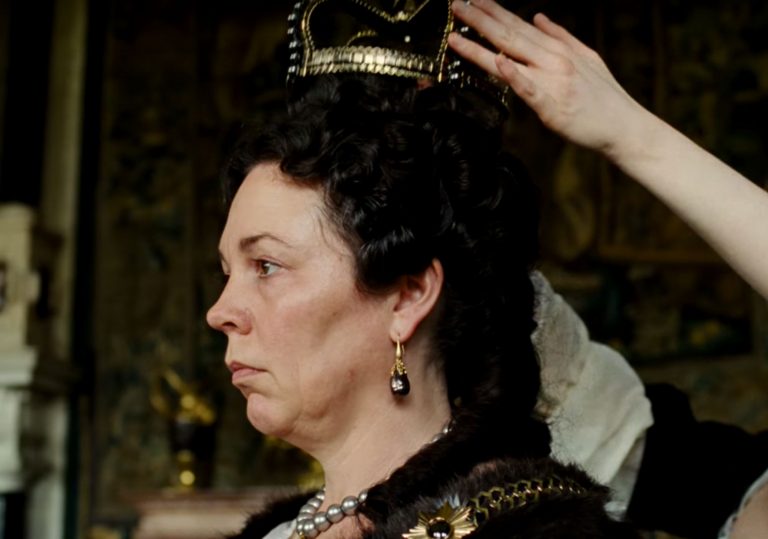 Can this great director ascend from his wacky rut?

He remains in the rut, but invites us all down for the party. Maybe his best film yet.

Greek director Yorgos Lanthimos is an exorcist of cinema. He has the ability to remove the vapours of spirit from all those who dare step in front of his camera. Suddenly, dialogue is shorn of its emotional nuance. Bodily movement is no longer supple and natural. The soul has been extinguished in the filmmaker’s search for a purer form of human feeling. He has employed this trick over and over, and with diminishing returns. What appeared revolutionary in 2009’s Dogtooth came across as tired schtick by the time 2017’s The Killing of a Sacred Deer came around.

With The Favourite, Lanthimos presses down the ‘hard reset’ button just halfway, allowing at least some of the spirit back into the frame. We are whisked back the court of Queen Anne (Olivia Colman) circa the 1710s. There is the perfume of costume party theatrics to proceedings, a spark of bawdy burlesque which underpins the period drama. Fish-eye lenses capture and warp the chocolate brown wooden interiors, while the corridors, bedrooms and banqueting halls are illuminated with flickering candles and torches.

As the story kicks in, the director’s unique touch is palpable, from the schoolyard use of obscenity to a merrily cavalier attitude towards cultural anachronism – revellers line up for a formal dance and start to body pop. 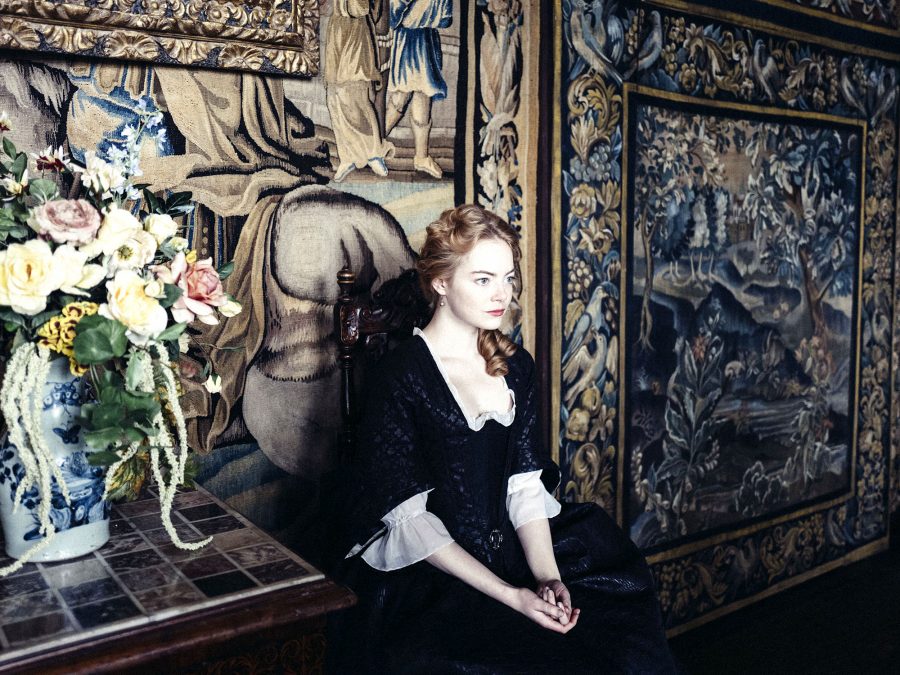 Emma Stone’s Abigail arrives on the scene, fresh from being tossed into a bog. She has fallen on hard times, and decides to leach on her loose family ties to Rachel Weisz’s Lady Sarah Marlborough, the queen’s hand and backroom influencer. What is introduced as an innocent reunion of wily souls gets nasty very swiftly, as each vie for the attentions of a monarch who has been near-crippled by gout and self-pity. The film is very funny until suddenly it’s not.

The Favourite might be the first genuinely upsetting Lanthimos film (it’s maybe too early to describe it as “moving”), and that is squarely down to Colman’s astonishingly fragile performance. Her Anne is a pitiful wretch, alone in her own private world and surrounded by toadies and schemers. Many profess to love her, but she knows that they do so for the immense power she wields. They would plunge the knife into her back in half a heartbeat.

Although nominally a figure of fun, Colman piles on the layers of trauma and neurosis, making her splenetic outbursts feel at once logical and entirely mysterious. In one scene, she looks from a window and sees a small chamber orchestra of sweet pre-teens playing their hearts out. In the harshest possible terms, she insists they withdraw from her lawn immediately.

This is a historical film in background detail only. European campaigns, political infighting, the rush of bedroom duck racing are all extraneous to what is a very fine film about the bitter tensions of a three-way relationship. Its observations about the weaker point of the triangle caving to the stronger two sides are beautifully articulated, and it feels as if Lanthimos has turned a corner in terms of narrowing his focus onto very human concerns rather than (as he has in the past) leaning on arcane philosophy.

Add in Sandy Powell’s sumptuous costumes and you’ve got a Lanthimos crossover film in which the director has his crazy cake, eats it, then throws it up. Again.

Can this great director ascend from his wacky rut?

He remains in the rut, but invites us all down for the party. Maybe his best film yet.