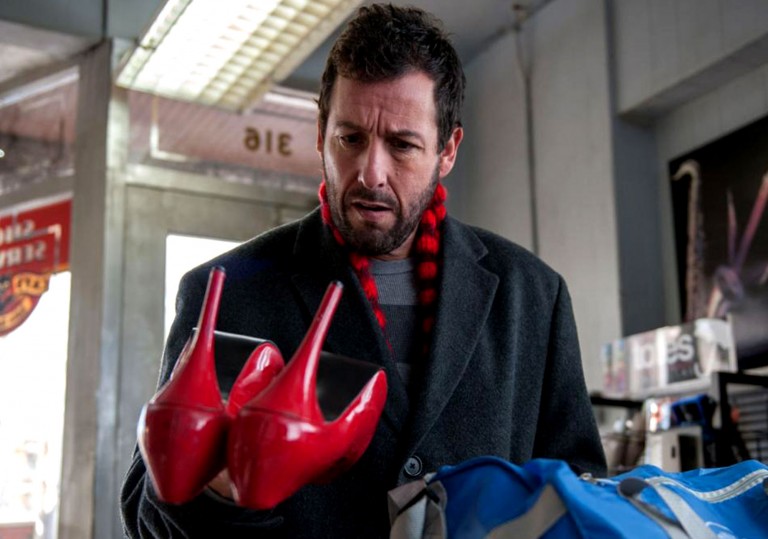 It can’t be worse than Pixels!

“I've seen things you people wouldn't believe. Attack ships on fire off the shoulder of Orion. I watched C-beams glitter in the dark near the Tannhauser gate. All those moments will be lost in time... like tears in rain... Time to die.”

How does one explain an atrocity? There’s a strange sadness in realising that The Cobbler is the worst Adam Sandler movie that has been or will ever be made (and that’s not a claim we make lightly). By all rights, that dubious honour ought to be bestowed upon one of the cynical pieces of shit spewed out by Happy Madison Productions and aimed at the lowest common denominator like sewage from a hole cut in a pressurised septic tank.

And not one of the ones with Drew Barrymore – you know, those movies where Sandler almost seems to try – but like, one of those movies with Shaq. Instead, the history books of the future will show that the worst Adam Sandler movie of all time was a seemingly innocuous modern fable from the guy who directed The Station Agent. On the bright side, apparently they’ll still be making history books in the future. So at least there’s that.

Anyway, The Cobbler. Ugh, do I really have to do this? Not even The New York Times reviews everything, anymore…

Ugh, alright, fine. It’s called The Cobbler. It’s about a cobbler. It makes Pixels feel like a palate cleanser. I really can’t be bothered to write a plot synopsis for this nightmare, so instead I just wrote down almost everything that happens in the first 30 minutes.

In present day Manhattan, Max Simkin (Sandler) tends to the Lower East Side cobbler shop he inherited from his missing father. Max is joined on the sidewalk by Jimmy (Steve Buscemi), the barber who owns the shop next door. When Jimmy presses Max on his romantic prospects, Max expresses second thoughts about his life as a cobbler. He says that being a cobbler was his father’s thing. This is very important.

Carmen (Melanie Diaz) comes into Max’s shop as he’s eating a sandwich and drinking a Coke. The sandwich is not important – pay no mind to the sandwich. Carmen is a motivated young woman who’s working to rejuvenate the city and stop the rising tide of gentrification. Gentrification is of mild importance. It’s less important than what Jimmy says to Max, but more important than Max’s sandwich.

She assumes that he wants to stay, but maybe he doesn’t? She’s all, “People like you need to stay,” and he’s all, “Maybe I don’t want to stay.” But then she takes him outside and tells him to look at the city. And he does, he looks at the city. And he’s like wow, that sure is a city all right. So he signs her petition with one hand while holding his corn beef and rye sandwich in the other. And then Carmen tells him to come to a rally to save some old guy who’s a neighborhood icon, but it kind of feels like she might actually be inviting him to a sex rally. Jimmy comes out of his barbershop, perhaps a little too curious if Max got Carmen’s number, and at this time I’d like to remind you again that this is very important.

When the workday is over, Max schleps home to the Crown Heights house he shares with his mother, who has severe dementia and is very Jewish. She tries to microwave her purse! What a moron.

Method Man comes into Max’s shop, and calls him “Shoeman.” Like he’s a superhero. “God bless Americola,” he says. He has a pair of shoes that he wants to get fixed – “They need new soles.” Do you get it? Like… do you get it? Soles? Souls? Someone funded this film with actual human money.

Anyway, Max’s stitching machine breaks. Oy vey, what a shlemiel! But then he finds an old stitcher in the basement, one that his dad taught him to use when he was little. “My dad threw it away,” Max says to Jimmy, who happens to be lurking in his basement at this exact moment, “Just like he threw away his family.” You guys, I can’t believe I still have to stress this to you, but the fact that Jimmy is lurking in Max’s basement is very important. It is very, very important. It’s the most important thing there is.

Max, waiting for Leon to return for his shoes, notices that he wears the same size. So he tries them on. OH MY GOD MAX HAS TURNED INTO LEON!

The stitcher has magical powers! He transforms into the owner of whoever’s shoes he wears. Montage!!! He’s a black guy. He’s a Chinese guy! He’s a dead guy (complete with zombie makeup). He’s a trans woman in high heels! He’s setting screen representations of all of these people back by 30 years! “I could be anybody I want!” He says aloud, not realising that it comes off like a threat.

Where the film goes from there… you wouldn’t believe me if I told you (I understand that this will sound enticing, but the ending is possibly the most demented thing that has ever been staged for public consumption). All the same, it’s safe to say that the plot will elicit a number of questions from anyone who happens to find themselves ensnared in its almost impossibly stupid web.

– What? – Is this actually happening? – How did anybody think this movie was a good idea? – What the shit is up with the pickles? – Maybe I should give up on this whole “watching movies for money” thing and go to business school like my father wanted. – That wasn’t a question. I have lost all sense of myself. – That wasn’t a question, either. – I… what?! – I’m so sorry, dad.

The Cobbler is a direct challenge to existence. In its own, perverse way, this movie is more effective at confronting viewers with the cold fact of their mortality than the greatest masterworks of Ingmar Bergman.

I just can’t take this film seriously. Perhaps I could’ve put in a proper effort if I’d been tasked with writing about it during its improbable 2014 festival run, or earlier this year when it was released in the United States. But now… what is there to say? Quoth Kurt Vonnegut: “Everything is supposed to be very quiet after a massacre, and it always is, except for the birds. And what do the birds say? All there is to say about a massacre, things like ‘Poo-tee-weet?’”

It can’t be worse than Pixels!

“I've seen things you people wouldn't believe. Attack ships on fire off the shoulder of Orion. I watched C-beams glitter in the dark near the Tannhauser gate. All those moments will be lost in time... like tears in rain... Time to die.” 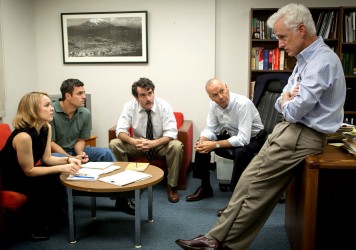 Clarrise Loughrey investigates this year’s Best Picture winner to see if it lives up to the hype.