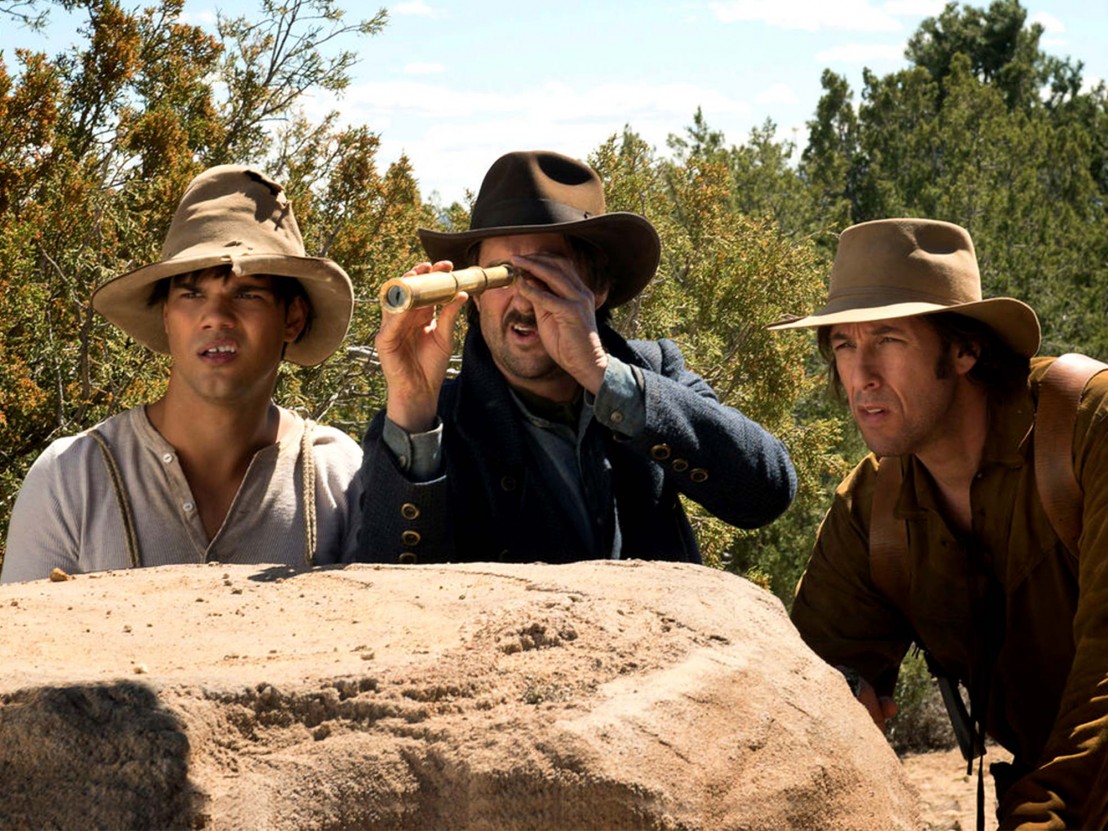 The lead-lined safe that contains the financial particulars of the recently global VOD behemoth Netflix is one that is bolted, padlocked and heavily safe-guarded from prying eyes. Distributors and exhibitors would no doubt have a keen interest in confirming audience viewing habits and whether this new duvet-day form of home cinema is really making as hefty an impact as is generally thought.

Netflix have, however, disseminated a few salient nuggets in order to get the collective tongue wagging and keep the subscriber base expanding, the latest being the revelation that Adam Sandler comedy-western vehicle, The Ridiculous 6, has – per an announcement by the company’s chief content officer Ted Sarandos – been “the most-watched movie in the history of Netflix” in its first 30 days on the service.

The knee-jerk subtextual reading of this statement is that Netflix operates as a mechanised cinematic feeding system which merely corrals content in front of dead eyeballs with its auto-starting, generic ghettoisation system, and countless recommendation algorithms. But maybe the real answer could be that The Ridiculous 6 is a better film than the tepid critical reception might have you believe?

The initial signs were not healthy: one of the reasons the film gained a certain notoriety was less to do with the novelty of its release strategy and more to do with the fact that members of its cast and crew deemed it to be racially insensitive while making it. Never a good sign. Now the film has been released, these issues have either been excised from the finished film, or were never a major problem in the first instance. While the film does lean on broad racial stereotypes to mine its humour, it does so as a way of mocking classic westerns rather than as a calculated slander towards marginal ethnicities.

It must be said, clicking on that big ‘play’ button was an action fraught with trepidation and fear, and ten minutes in there was certainly the feeling that this was not going to be an easy two hours of cinematic consumption. The plot sees a gang of misbegotten “brothers” coming together in an effort to locate their estranged father – a seed-spreading cad played by Nick Nolte. They meet friends and enemies along the road, and it all ends with a big old shoot out.

The crew are lead by Sandler’s Tommy Stockburn, aka the White Knife, a middle class dandy raised by native Americans and trained in close-quarters combat. Sandler successfully channels the jaded, ornery qualities of a Clint Eastwood or Charles Bronson, and manages to sustain his character across the film’s entire runtime – no small feat for Sandler. It could easily be chalked up as one of the actor’s most technically proficient and sternly committed performances. Perhaps this is damning him with faint praise, but he takes leadership responsibilities at the expense of being funny – he is the film’s necessary straight man, and takes on the role with unselfconscious dignity.

The structure of the piece is one powered by comic flashbacks, with each new member of the crew arriving with an amusing or unlikely backstory. The best of which is Luke Wilson’s disgraced security guard who, let’s just say, made a major foul-up on an assignment at Washington’s Ford’s Theatre. The writing is of a higher standard than expected, the only major rough patch being an extended digression involving John Turturro doing a posh English accent and inventing the game of baseball in the middle of the plains. It’s as prolonged and confusing as an actual game of baseball… which may be the point.

Beyond that, the comic hit rate is hearteningly high, with a clutch of stellar set pieces that might even be described as genius. One involves Harvey Keitel as a swaggering, moustache-twirling bar owner who gets his comeuppance in a way that references ’80s splatter comedy, Re-Animator. Another concerns Taylor Lautner – supplying a career best performance as wide-eyed hayseed, Lil’ Pete, and proving that he may have found his metier in comedy cinema – in a scene where he manages to survive a public hanging in high style.

It would be easy to reel off all the funny moments, but time should be spent kneeling at the alter of the film’s director, Frank Coraci. Often thought of as Sandler’s prank monkey, this being their fourth collaboration as director and actor, Coraci proves with The Ridiculous 6 that he possesses a hardwired a knack for comic choreography – he knows where to put the camera, he knows how to film reactions, he knows how long to milk a single gag. The formula didn’t work so well for the pair’s execrable previous, Blended, perhaps due to the fact that the material was aimed at a younger, broader audience. But here it works like gangbusters.

One thing The Ridiculous 6 has which could be salient towards its success is that it has soul. It’s not a nasty film, even though the social provenance of its diverse array characters is often the butt of cruel jokes. And there are lots of jokes about cum. But the film’s true highlight is a campfire sequence in which all the members of the “six” take the verse of a sing-song, and it’s just an utterly sweet and lovely moment. Sandlerphobics might take some convincing to go there, but in a sub genre (the “comedy western”) that’s in desperate need of quality additions, this one is right up there. 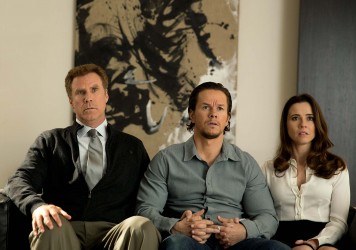