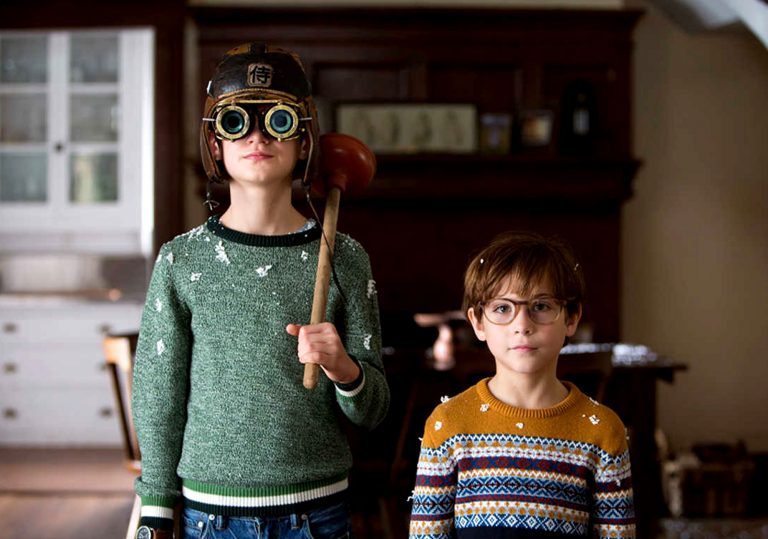 The director of a future Star Wars movie gets his own passion project. Yes, we want to see it.

A thinker. Can it really be as bad as it appears? Probably, is the answer.

Mother: “Hello, hello. Why haven’t you called me? You said you would.”

Mother: “You mean you couldn’t just call me while you were travelling home, or in the evening? Just to talk for a few minutes so I know you’re okay?

Son: “I’m sorry, my head’s been elsewhere just trying to keep on top of things.”

Mother: “Well okay, but do try to stay in touch. I worry.”

Son: “I know you worry, and I worry that you worry.”

Mother: “So what are you doing right now?”

Mother: “Where from? Work, at this time?”

Son: “Erm… not really. Not your thing. Not anyone’s thing, actually.”

Mother: “What do you mean by that?”

Son: “Well… hold on [Son stops walking and sits down on a bench] …Yes, it was very strange. I can’t even begin to describe it. Actually, I could describe it, but you wouldn’t believe me. You’d think I was making it all up.”

Mother: “This was an actual movie? A finished product?”

Mother: “I know this might sound naive, but before Naomi Watts signed on to be in this film, do you think she would’ve seen the script first? Or spoken to anyone involved?”

Son: “Well yes, I think so. These are highly skilled, highly paid Hollywood stars and I suspect they’d have some say in their future collaborations. You do hear of actors being sent scripts as a way to lure them in.”

Mother: “Could the script have been very different to the finished product? From what you’ve described, the plot seems pretty black and white. I mean, there’s no way all that stuff could’ve been lost in translation. It would’ve been evident from the off that it starts up as one thing and ends up as something else.”

Son: “Yup. Frankly I’m baffled that someone didn’t intervene. They could’ve been really nice about it. ‘Guys, I think we need to shut down, retool, iron out some of the tonal kinks’.”

Mother: “So hold on, let me get this straight. There’s a beloved boy genius, he’s trying to save his next door neighbour from abuse because the authorities refuse to help, and then he just [redacted] out of the blue? Are movies really allowed to do things like that? Imagine if, say, Audrey Hepburn in Roman Holiday [redacted] out of the blue mid way in. It would be a disaster. They wouldn’t have made it to the Trevi Fountain.”

Son: “I know. I can’t quite believe it either. I mean, obviously that people can and do just [redacted] in an instant, and that we have to accept that sad fact of human nature. But to do that in a movie just seems crass and, frankly, pretty cheap. And the weird thing is that it’s quite nice up until that point. Everyone involved seems fully invested in it.”

Mother: “I guess you’ve got to make your money somehow. So, what will you write about this movie? It seems like a tough one to get across.”

Son: “I’ll spend some time pondering it, that’s for certain. I don’t want to just make a list of the elements that didn’t work for me, I don’t think that would amply cover it. I will say that the more I think about it, the more wrong this movie feels.”

Son: “I think I mean that this movie does things – quite a few things – that feel pointedly counterintuitive. Like, you know how humans have reflex reactions that naturally protect us from certain things? When a frisbee is hurtling towards my face, I’ll put my arm up to block it from hitting me between the eyes. The Book of Henry feels like a film whose motor functions are completely shot. Not even slow, just non-existent. The frisbee hits this film in the face over, and over, and over…”

Mother: “That must hurt.”

Son: “Yes. Seems like a decent guy. He made a Jurassic Park sequel that made lots of money. I guess this is his little passion project that he got to do in gratitude.”

Mother: “Well, I must say this sounds strange, but I’d quite like to see it now. You’ve sold it to me.”

Son: “You should see it. I’ll admit that I had fun watching it. It’s nice to sometimes see warped visions of how human’s operate. Anyway, I gotta dash for the train now.”

Mother: “It was nice to talk. Call me again next week. I want to hear how the review goes.”

Son: “I’ll definitely try. And yes, this was nice.”

NB: This was the last time the mother ever got to speak to her son as he died from a mystery ailment on the train journey home. She ended up writing this review.

The director of a future Star Wars movie gets his own passion project. Yes, we want to see it.

A thinker. Can it really be as bad as it appears? Probably, is the answer.