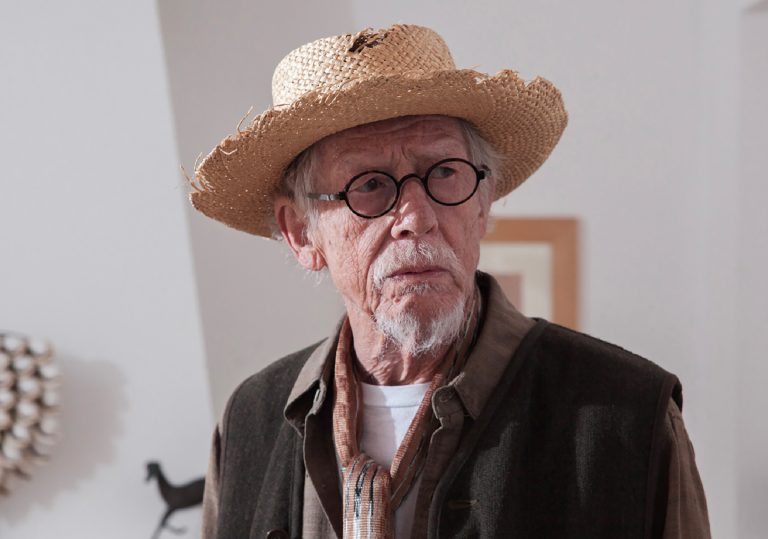 Difficult to be more cliche than to call your film about coping with the end of things That Good Night, but John Hurt is missed and deserved more leading roles.

Poor script, unremarkable filmmaking and some terrible performances, except from Charles Dance and Hurt.

Only of any value for hardcore John Hurt fans.

John Hurt’s final screen performance is humorous and delicate, but isn’t enough to save this drab drama.

It isn’t always superficial fan talk to say that a single performance can elevate a bad film. John Hurt’s turn as a famed screenwriter, happily retired in a Portuguese villa and dealing with his imminent death, in That Good Night truly lifts up the film. This is down to the legendary actor’s talent, and, unfortunately, due to the bittersweet parallels between fiction and reality. Diagnosed with cancer at the time of shooting, Hurt has since passed away. While not satisfying in itself, Eric Styles’ film offers one last chance to see the actor shine in a lead role that could be seen as him sending his admirers a consoling message from beyond the grave.

Based on an NJ Crisp play, That Good Night is a wordy affair, centred on a man’s difficulties discussing what really matters with his family as he nears the end. Ralph Maitland (Hurt) loves to talk, and Hurt’s raspy voice and elegant delivery makes us love to listen, even if the conversations he has with his relatives are full of platitudes. With his young wife, Anna (Sofia Helin), he mostly jokes around and she answers back with variations of, “you’re so stubborn, but I love you!”

Ralph’s son, Michael, resents his absent and judgemental father, but actor Max Brown delivers such an apathetic performance that you could very well end up blaming his character for being unworthy of his father’s malice. Brown doesn’t seem to have any concept of bitterness, love or human contact, his face constantly grimacing rather than reacting naturally. As Michael’s smart girlfriend Cassie, Erin Richards also struggles, despite her talent to evoke intimacy while acting opposite her soulless charge. Their saccharine beachside escapade causes you to root for Ralph to pass away early before having to witness such inhuman behaviour from his progeny.

The Dylan Thomas poem referenced in the title traces the entire film’s arc. Ralph semi-cowardly wishes to disappear fast, but his conscience wants him to rage, rage against the dying of the light. That conscience materialises in the wise “visitor” (Charles Dance), a white-suited man magically arriving to help Ralph with his exit, but not in the way he expected. Although predictable, The visitor’s scenes with Ralph are the most rewarding, as Hurt is finally matched with an actor of his sublime calibre. Both legendary performers show how it’s done, and give more weight to the text than it deserves.

Ralph gets to have a brush with both death and life (Cassie is pregnant) before his departure, which of course provokes a 180-degree turn on his decision to leave without saying goodbye. As moving as his eventual peaceful passing may be, it is Hurt’s unbridled hilarity when the Beyond surprises him that is truly moving. The actor may have had pain as his surname, it was in laughter that he was most touching. That Good Night is far from a perfect swan song, but it confirms Hurt as talented, vibrant and lovable in his last moments as he ever was.

Difficult to be more cliche than to call your film about coping with the end of things That Good Night, but John Hurt is missed and deserved more leading roles.

Poor script, unremarkable filmmaking and some terrible performances, except from Charles Dance and Hurt.

Only of any value for hardcore John Hurt fans. 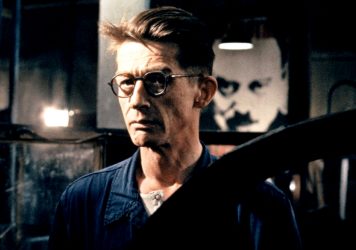 The British filmmaker shares his memories of his late friend and reflects on his Orwell adaptation.