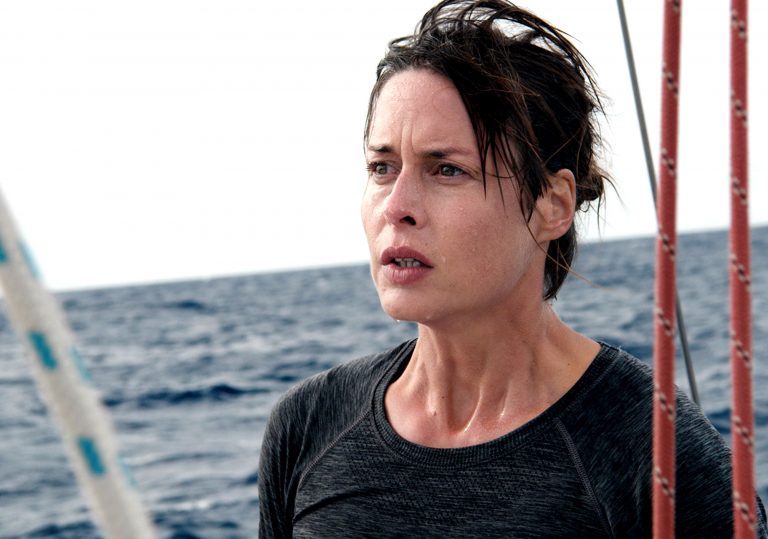 An allegory of Darwinism’s inhumanity and globalism’s inequality.

Susanne Wolff plays a woman lost at sea in this smart nautical allegory from Wolfgang Fischer.

Nothing quite isolates the human condition like a vessel in the middle of a vast ocean. So it is that films like Kon Ichikawa’s Alone Across the Pacific, Ang Lee’s Life of Pi and JC Chandor’s All Is Lost pit boatmen solo against the elements of an unforgiving universe, all as a test of the thesis that ‘no man is an island’. No woman either, for Helena Wittmann’s Drift, Baltasar Kormákur’s Adrift and now Wolfgang Fischer’s Styx send single-handed yachtswomen into a similar tempest of existential crisis.

Styx opens with images of Barbary macaques at first seen on the branch of a tree as though in the wild, but then revealed to be wandering the buildings and parking lots of Gibraltar’s urbanised coastline. It is from here that German emergency worker Rike (Susanne Wolff) will begin her voyage on her well-equipped 11-metre yacht Asa Grey to the middle of the Atlantic, where she hopes to see for herself Ascension Island’s “artificial jungle, designed by Charles Darwin”.

So, right from that initial glimpse of monkeys in a human environment, through to Rike’s intended destination of a paradise created by human planning, Styx promises the Darwinian themes of evolution and survival of the fittest. Indeed, Rike herself is not only efficient at providing for her own very comfortable survival, filling her boat with far more supplies than she will ever need; she also proves highly adaptable to circumstance, weathering a fierce storm alone with relative ease. Rike keeps everything perfectly shipshape, and thrives alone in this most hostile of environments, through careful planning, her own resourcefulness, and of course the economic means to surround herself with high-quality resources.

It’s only when, somewhere off the coast of Mauretania, she encounters an overladen refugee boat in distress and sinking, that Rike is confronted with a situation she cannot so easily handle. Unlike an earlier scene on her home turf of Cologne, where Rike swiftly attended the victim of a car accident with help from a carefully coordinated team of other emergency services operatives, now she is alone, with the coast guard on the radio simultaneously advising her to stay away from the flagging vessel while seemingly unwilling themselves to intervene in the unfolding disaster.

Accordingly what begins as a high-seas adventure in isolationism ends as a confronting portrait of the thin towline connecting us all as humans – but not connecting us all equally. It is a nautical yarn about the haves and the have-nots, using the microcosm of the Asa Grey to explore social, economic and political dilemmas that are the neglected responsibility of us all.

Though it is a very different film, the title of Fischer’s previous – and first – feature, What You Don’t See, might well have been used here too, given that Styx insistently puts before our eyes difficult, uncomfortable issues that we might prefer to stay invisible, out of sight and out of mind beneath the surface of our relatively comfortable Western voyage through life.

In fact, Fischer has named his film after the mythological river that leads the souls of the dead to the Underworld – at least for those who can afford to pay Charon for their passage. We are, it turns out, all islands only insofar as we are willing to keep off our plentiful shores those others in dire need of what we have.

An allegory of Darwinism’s inhumanity and globalism’s inequality. 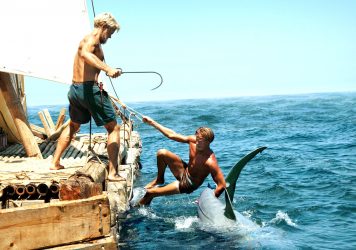