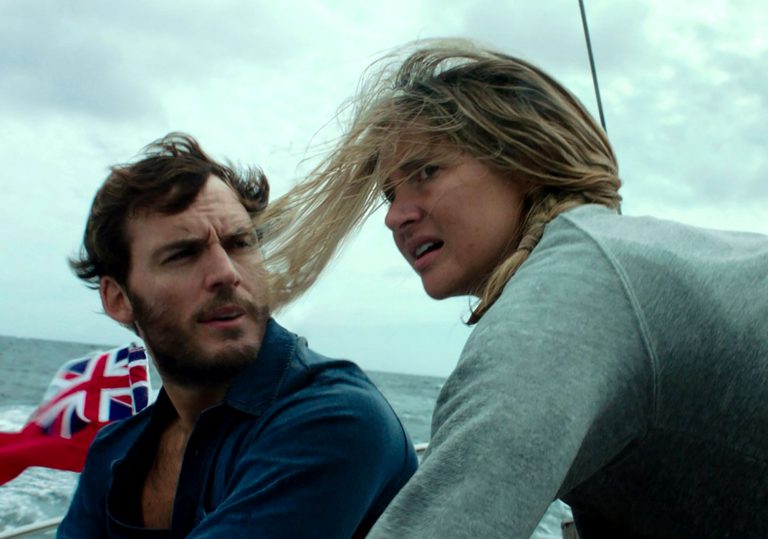 Love finds a course, even through mortality.

Overexplained premise nearly sinks it in the end.

Based on a real-life story from 1983, Adrift opens in medias res, in the middle of the ocean, and in the middle of a nightmare. After blurry, barely visible images of a ship’s detritus and a human figure sinking through dark waters, 23-year-old Tami Oldham (Shailene Woodley) awakens, bloody and confused, belowdecks in a flooding yacht that has sustained considerable damage. “Richard!” she cries – the film’s first word – as she searches desperately for her fellow traveler and lover.

From here on in, Baltasar Kormákur’s film unfurls in Tami’s confined headspace, showing in parallel her desperate attempts to get the stricken vessel more or less shipshape so that she can sail herself and the severely injured Richard (Sam Claflin) thousands of miles to Hawaii before they both die, and her memories of first meeting Richard, falling in love and joining him in some seafaring escapism.

In other words, Adrift is all at once a high-stakes yarn of waterborne survival (akin to JC Chandor’s All is Lost, Ang Lee’s Life of Pi and Kormákur’s own The Deep) and a free-spirited romance of the open seas. Between these poles, the divides of gender blur. In happier times, before the hurricane devastates their lives, Richard describes Tami as “fearless like a bloke”, to which she responds that he is “sensitive like a woman”.

And if Tami, impressed with Richard’s manly solo globetrotting, cannot wait to get on board as first mate in his adventures, soon, as he lies helpless on the deck, she will have to take the captain’s helm herself and to experience at first hand the sunburn, seasickness, starvation and hallucinations of which he had half-jokingly boasted.

This gender reversal is foregrounded in a scene where Richard reveals that he has internalised the voice of his mother, who died when he was a child, and often speaks with her in his mind – a revelation that serves to feminise and pluralise this ruggedly individualistic male traveller.

The switching to and fro between the swimming romance of the past and the dawning desperation of the present brings with it a fluid dynamic that ensures this narrative of endurance is never difficult for the viewer to endure, while also drip-feeding information about the couple and their individual histories in just the right order to keep us both engaged and distracted. It is spectacularly shot by DoP Robert Richardson, varying from intense close-ups on Tami to isolating, often god’s-eye-view wide shots of the (s)ailing boat, with heaving, rolling camerawork during the big storm itself.

From the very outset we know that Tami is in serious trouble – but as the film slowly, stealthily reveals the true depths of that trouble, and the extraordinary way in which Tami is managing to stay on top, the film takes the disappointing misstep of underestimating its audience and over-explaining the mechanics of its plotting. This viewer would have preferred to have been left a little more at sea.

Love finds a course, even through mortality.

Overexplained premise nearly sinks it in the end. 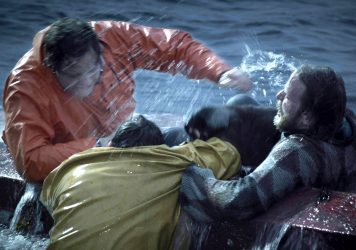