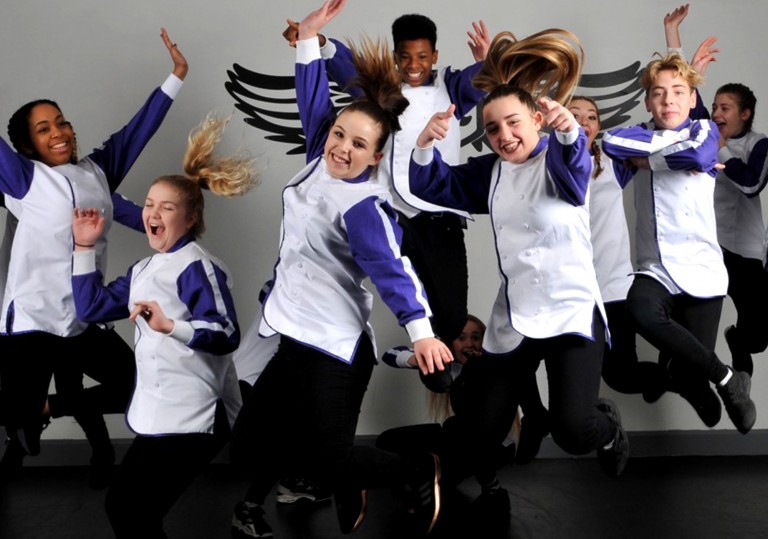 Another Britain’s Got Talent tie-in spectacle...

It’s the taking part, not the winning, but man we hope these guys win.

It’s a fun routine, but you already know all the steps.

With their cute outfits, invincible attitude, and meaningless name, Entity seem to have everything they need to take on the world of competitive junior street dancing. Unrelated to the higher-budget, higher-action StreetDance franchise, the film sees the dance troupe take a familiar emotional roller coaster ride to the IDO World Hip Hop Championships.

Like most films that centre around an organised competition, the plot follows the inbuilt dramatic structure of the championship’s qualifying events. As the arenas get larger so do the troupe’s problems. Yet choreographer, coach and role model to the kids, Tashan, exudes an unassailable confidence throughout – it’s his energy that propels the group all the way to the finals.

The dancers who appear so teenage and awkward on their living room sofas transform on stage. They move and pulse like some multicellular organism. We get some brief shots of the other teams, who are also intimidatingly talented. But the camera never goes as close as it does when Entity is on stage, beyond the synchronised pops and shuffles to the individual faces. There’s an idea here that dance is a way for the kids to transcend their personal pain, transform it into something else on stage, but the emotional focus remains on the drama of the contest.

There’s also none of the humour of a film like Sounds Like Teen Spirit, which found a whole surreal apparatus behind the scenes of Junior Eurovision. Some of the most surprising moments here spring from the strange competition politics, which unfortunately become just another obstacle for the group to overcome on their way to street dance glory.

The film succeeds in depicting a group connected on stage and off by a powerful shared energy (“like Bluetooth”, one of the members describes it). And for all of Tashan’s cliches about positivity, there are just as many insightful comments from the kids. But it’s a shame that it sticks so close to the well-worn territory of group hugs and backstage tears. It’s an interesting world with some interesting personalities, but the film is never as ambitious as the dancers themselves.

Another Britain’s Got Talent tie-in spectacle...

It’s the taking part, not the winning, but man we hope these guys win.

It’s a fun routine, but you already know all the steps.