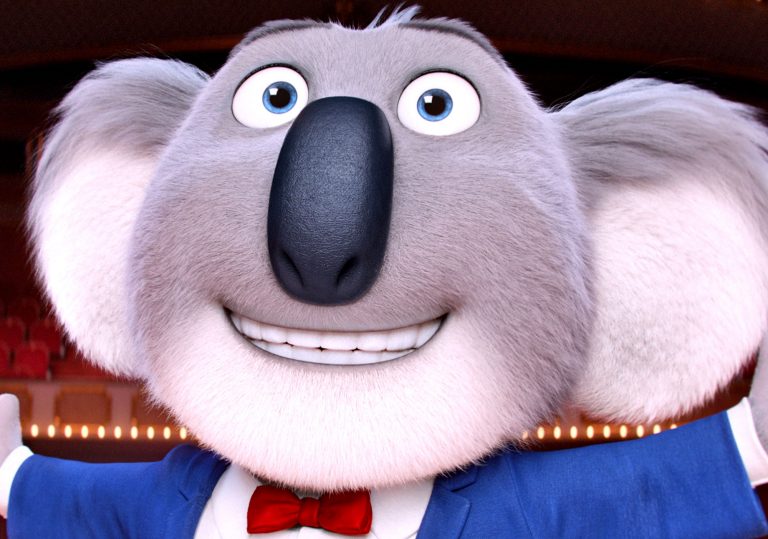 An animated singing competition? At least it’s directed by the great Garth Jennings.

Unabashed fun, but with a subtle, human message underneath all the wailing.

A modest family feature that offers more than empty flash.

When it comes to modern cinemagoing, feature animation is now part of the furniture, with studios like Pixar in particular finding huge audiences with their emotional, cross-generational crowd pleasers. Other production houses are attempting to surf this wave with alternative, even parodic versions of family-oriented movies.

In the midst of this meta mess is a film whose modesty belies how clever and engaging it is. Garth Jennings and Christophe Lourdelet’s Sing is that film, and it arrives as a breath of fresh air. The title itself is extremely straightforward but points directly at the beautiful simplicity of the film’s central conceit: if singing makes you feel like a million bucks, then sing goddam it.

No one is more aware of that ad hoc mantra than Buster Moon (voiced by an uncharacteristically cheerful Matthew McConaughey), a theatre director who, despite economic difficulties, never gives up his love of show business. His optimism first manifests as a simple kiddie movie trope, yet the story progressively imbues it with a sense of gravitas and meaning which paints a realistic and hopeful portrait of entertainers and the energy that drives them. Moon’s challenge sees him contending with the fact that every other character has to face the dilemma: commit to artistic dreams or continue with your complicated life?

More personal issues are explored through the animals taking part in Moon’s singing competition. Each is realised with great detail and a surprising level of realism. From the pressures of housewifery to the challenges of father-son relationships, in under two hours, Jennings explores the spectrum of human experience with a startling, unapologetic refusal to round off the edges. Rosita (Reese Witherspoon) struggles with her 25 piglets but the film doesn’t take the easy route of blaming her husband for not helping her in the house. 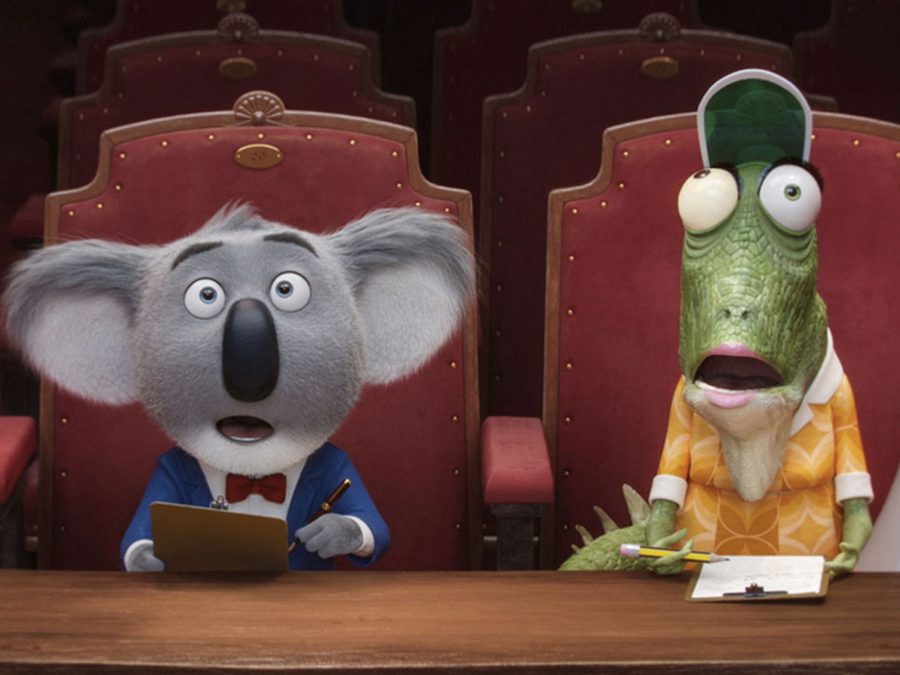 The not-quite epic yet exciting adventure progresses according to the basic, pragmatic idea that every character does his or her best given their circumstances, which doesn’t mean there is no place for spectacular action and striking emotion. In fact, capitalising on the randomness of life occupies such a primary place in the story that it makes for occasionally awkward tonal shifts, but most often fascinating twists and mood swings. When porcupine Ash (Scarlett Johansson) realises that her boyfriend and bandmate may not be what she needs, her creativity helps her mourn that relationship and become someone she never thought she could or even wanted to be.

Shifts in temperament are echoed in the film’s undiscriminating soundtrack which navigates playfully between modern pop (the censoring of Nicki Minaj’s crude lyrics is cleverly and happily dodged) and old classics as crooned by the the charming but arrogant Mike (Seth MacFarlane) whose rendition of ‘My Way’ is pure swoon material. Modern musicals tend to follow Baz Luhrmann’s perilous path of remixing hits by altering their genre, often showing a deeply confusing and offensive misunderstanding of what made the original song so successful. There is no such butchery here.

Every register is respected and matches a personality. Bringing together Katy Perry and Sinatra, Jennings quietly varnishes his exploration of life and passion with a subtle humanism, offering a point of entry for all tastes and all dreams.

An animated singing competition? At least it’s directed by the great Garth Jennings.

Unabashed fun, but with a subtle, human message underneath all the wailing.

A modest family feature that offers more than empty flash.