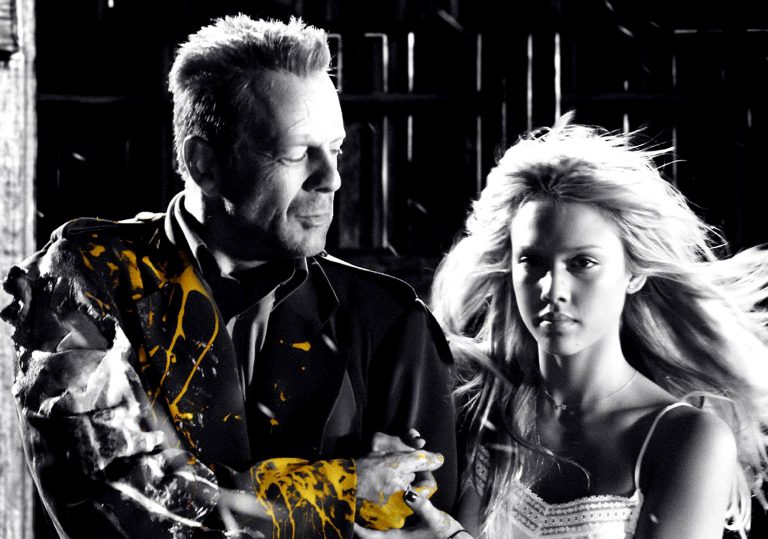 It sounded like the second coming of comic book movies. A no-nonsense re-imagining of the limits of the genre.

Sin City is a dazzling collision of art and violence. But it’s hamstrung by its faithfulness to the source.

This is not a question of how great a movie Sin City could have been, it’s about figuring out what comics want to be.

Sin City begins with a warning: Shot & Cut by Robert Rodriguez. That isn’t the half of it – choose your method of mutilation; they’re all on display. It’s a smash happy horror show of debilitating violence, a blood-drenched gut-punch of comic book freakery. But beyond the cannibalism and carnage, just what kind of a town is this?

Frank Miller’s kind of town. Sin City is the killing joke of the Batman scribe and comic book legend. After making his name on Daredevil and the seminal Dark Knight Returns in the 1980s, Miller ushered in the nineties with his first solo venture: an episodic Guignol of broads and bullets spanning a loosely structured 13-part run; a distillation of American pulp set in the back alleys and whorehouses of Sin City.

At first reluctant to part with the rights, Miller succumbed to one of the few figures in Hollywood with the vision, and the stomach, to bring Sin City to life. Robert Rodriguez is a rare specimen – a movie hooligan with a seat at the high table. A technophile and a passionate comic book fan, one proof of concept was all it took for Rodriguez to get Miller on board.

That proof of concept (eventually to become the movie’s prologue) set the tone for an adaptation of three of Sin City’s most gruesome yarns. In The Hard Goodbye the scarred killer Marv (Mickey Rourke) is out for revenge on a cannibalistic serial killer working for the church. The Big Fat Kill is the story of the whores of Old Town and their battle for control of the city after crooked cop Jackie Boy (Benicio del Toro) is murdered on their turf. That Yellow Bastard bookends the film.

Following a long incarceration for castrating the son of a powerful senator before he could rape a young girl called Nancy, Hartigan (Bruce Willis), Basin City’s last good cop, is released and tricked into tracking her down. The senator’s son, now hideously deformed, comes looking for payback.

The bare bones of Sin City dips a toe into Miller’s imagination, but it doesn’t come close to capturing his deranged artistry. It’s a collision of two classic American traditions: the comic book, with its schoolboy dreams of heroism; and pulp, a literary grindhouse of shadows and cynicism, a vision of the anti-hero etched in greys.

Shot in full colour against green screen backdrops then converted to high quality black and white, Sin City is a landmark of the digital age. Though the technology it employs is no longer ground breaking, it’s a film of unique beauty – a heady brew of high-resolution wizardry splashed with droplets of resonant colour, at once gorgeous and portentous. In a moment, as Josh Hartnett strides out onto a rain-swept balcony and that blood-red dress ignites the screen, the clichés of a tired genre are reinvigorated.

Though Rodriguez is at pains to give the credit for this style to Miller (even resigning his place at the DGA to secure the writer a co-director nod) his own role shouldn’t be underestimated. Miller writes like the devil, but his illustrations are given to wild grotesqueness.

The panels of a comic book can contain this exaggerated, aggressive style, but to big screen audiences weened on Spider-Man it’s an unfamiliar evocation of the comic book universe. Rodriguez brings a sense of clarity to these images – stripping them down to size without denting their grandeur.

Giving flesh to the ink is a bewildering array of talent. It’s a small miracle in itself that the gravitational pull of Sin City’s star power doesn’t tear the movie in half. Quite the reverse. This is a movie that needs star power. Not to sell it, but because Miller’s characters are such febrile expressions of noir iconoclasm that it’s impossible to imagine civilians filling their shoes.

Bruce Willis hasn’t looked this alive since Pulp Fiction. If he’s too vigorous to play a cop one heart tremor away from permanent retirement, at least it mollifies his relationship with Nancy – an old man’s seedy wish fulfilment. Del Toro and Owen provide the usual fireworks, Jessica Alba and Rosario Dawson are a finely weighted balance of murderous beauty, but the revelation is Mickey Rourke.

He’s had his finger on the self-destruct button for longer than some of his co-stars have been alive, and he finds in Marv an outlet of bloody redemption. He’s a sadist and a killer, but in Rourke’s hands he’s also a victim of painful self-awareness, and it’s his own suffering that is the most shocking.

Equally revelatory is the script, a hard-boiled filter of Alan Moore, Orson Welles and Raymond Chandler, ripped straight off the page of Miller’s original. The phrase ‘comic book’ has been a condescending prefix in critic speak for too long. It’s a breath of air to hear it as an art in itself – a sort of twenty-first century blank verse finessed by one of its greatest voices. At times it walks a fine line between high camp and low grit, and some of the cast struggle to do it justice, but it cracks off the screen like a spark of electricity.

But for all its looks, its life and talent, Sin City never truly escapes its origins. In a sense there’s something admirable about this. Comic books have long been a bastard child. Constantly craving acceptance and attention instead of demanding respect on their own terms. In America, comics are part of the fabric of cultural identity, a cornerstone of national myth making.

And yet even in their moments of triumph comics (and comic book fans) have been abused and ridiculed by Hollywood. Mined and manipulated, but never taken seriously. Sin City is a bold attempt to redress this balance: not an adaptation but the transliteration of a comic book classic to the big screen. Unadulterated, unapologetic, but ultimately unsuccessful.

This is not a work that needs to leech credibility from the movies. These panels, stretching page after page, distended, fractured, crosshatched, shadows rolling with dutched angles and queasy perspectives represent an infinity of time and possibility that movies can’t replicate. No amount of jump cutting or high-def visual pyrotechnics can replace the greatest asset of comic books: stillness.

Comic book artists have a thousand ways to draw movement and speed, but the most vivid moments of kinetic energy are just that – moments frozen in time. They have space to breath, to stop and be drunk in. And between each panel is the tiniest of gaps filled with the imprinted experience of half a century of comic mythology. Each panel unique to itself, but impossibly enriched. Cinema replaces silence with chatter, composition with cacophony.

So who is it for, this giant comic, injected with noise and movement and run like a ticker tape across the big screen? In movie terms, these three tales are episodic to the point of incoherence, lacking any kind of subtext to tie them together beyond some empty idea of sacrifice and revenge. As a fan, Rodriguez has nothing to give this story beyond his services as a transcriber. He has no life of his own to offer.

In that absence, Sin City is a token to the fan community, a salve to balm the wounds of Hollywood’s rough ride. But pandering to the people most equipped to appreciate Miller’s work in its original form is a huge mistake. It offers nothing but the illusory satisfaction of the tail wagging the dog – of Hollywood following where comics lead. This is desperately ill-advised. Comics are unique. They don’t need to earn credibility in anyone else’s eyes, just as the works of great authors have never needed to.

That’s not to say that comic book adaptations should never happen, but they should never be pursued for their own sake. Superman, Batman and Spider-Man are different – they’ve long been explored by different voices, and they grow and evolve with each new take. But Sin City is a one off. A story that’s been told, and told perfectly. Why crave any more than that? And what of the future? Why crave any more of Watchmen or V for Vendetta? What else do they have to say that hasn’t already been said?

These are disquieting times for comic book fans. Do they embrace this idea of acceptability dangled by Hollywood, or do they have the confidence to turn away. It doesn’t have to be about elitism, it could be as simple as understanding that the value of comics is something far more precious than box office forecasters can perceive.

They say that if you walk down an alley in Sin City you can find almost anything. Go look for yourself, you might be surprised at what’s out there.

It sounded like the second coming of comic book movies. A no-nonsense re-imagining of the limits of the genre.

Sin City is a dazzling collision of art and violence. But it’s hamstrung by its faithfulness to the source.

This is not a question of how great a movie Sin City could have been, it’s about figuring out what comics want to be. 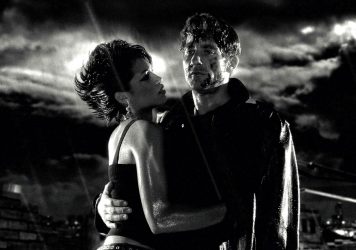 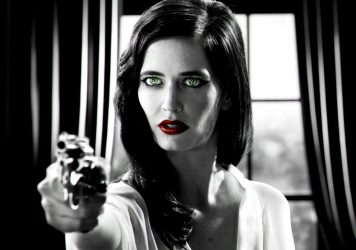