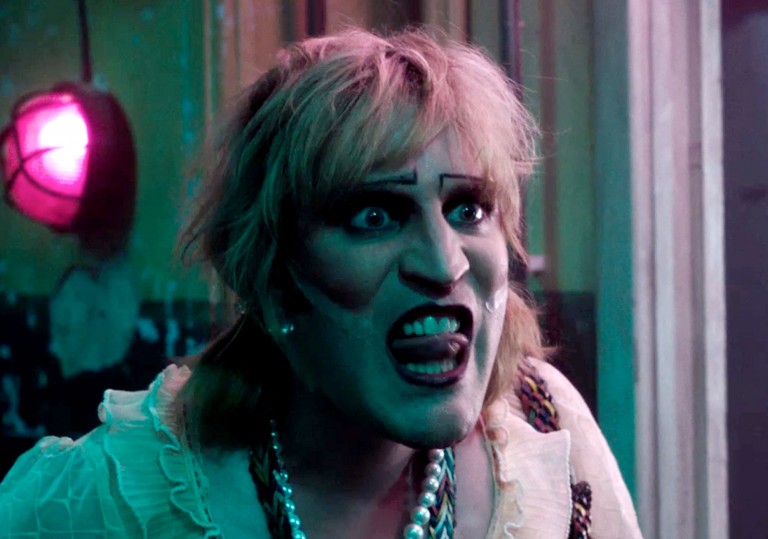 An intensely odd looking low-budget comedy. Could be quite a ride.

Surprisingly touching with a brilliant visualisation of a knackered London.

A weird and wonderful debut.

An imaginative and surreal exhibition of obscenity and decay, Ben Charles Edwards’ debut feature is a bizarre dystopian adventure that recalls the absurd and fantastical visual style of Terry Gilliam. This surprisingly touching tragicomedy revolves around love and friendship, and it’s a gem of low-budget British cinema that ignores discussing the political issues that come with societal collapse, instead focussing on something more emotive and soulful.

The story follows two outcasts, Sal (Max Bennett) and Art (Michael Winder), as they booze their way through a flooded and broken London. It is their bid to escape to greener pastures. An artist and a fugitive from a psychiatric ward, the two form a bond amid the madness. On their journey they meet thugs, magicians, thieves and socialites, each one a sad, lonely reflection of the fallen city.

As dystopian visions of fallen cities go, Art and Sal’s home town is sublimely warped. On a shoestring budget, Edwards has crafted a brilliant landscape covered in grime and dirt. The sky is black, the Thames has overflown, and the police are gas mask-wearing brutes. It’s a truly depressing world.

But Edwards doesn’t just dwell on the misery of the world he creates. He uses the backdrop and its absurdity to try and get to something very human and raw. For him, the central point is the strong friendship between Art and Sal. This is not just a story about a desolate, corrupt wasteland – it’s also about the necessity of love and companionship in dire straits. The film is strewn with characters that reflect this, all having loved and lost. For example, Sally Phillips’ elegant former socialite is prim and proper, but lonely, telling Art and Sal of her old trips abroad with a past love. A poignant moment, it reinforces the beating heart of the tale.

Admittedly, it can be a funny, silly film, with Noel Fielding offering a genuinely unsettling performance as a sex-crazed man-baby (obvs). But the jokes are bookended with tenderness. While fans of Fielding might be expecting a hangover from the era of The Mighty Boosh, this is not just surrealism for the sake of it. It’s bonkers, but with a point. Far from being pure dystopian tragedy, Set the Thames on Fire is a weirdly warming, visually affecting fable about needing a mate when the whole world has gone to crap.

Set the Thames on Fire is in cinemas from 16 September, on demand from 19 September and on DVD from 26 September

An intensely odd looking low-budget comedy. Could be quite a ride.

Surprisingly touching with a brilliant visualisation of a knackered London.

A weird and wonderful debut. 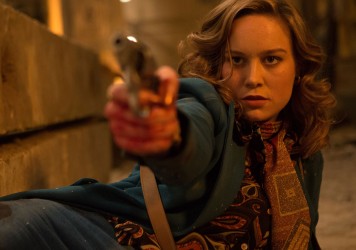