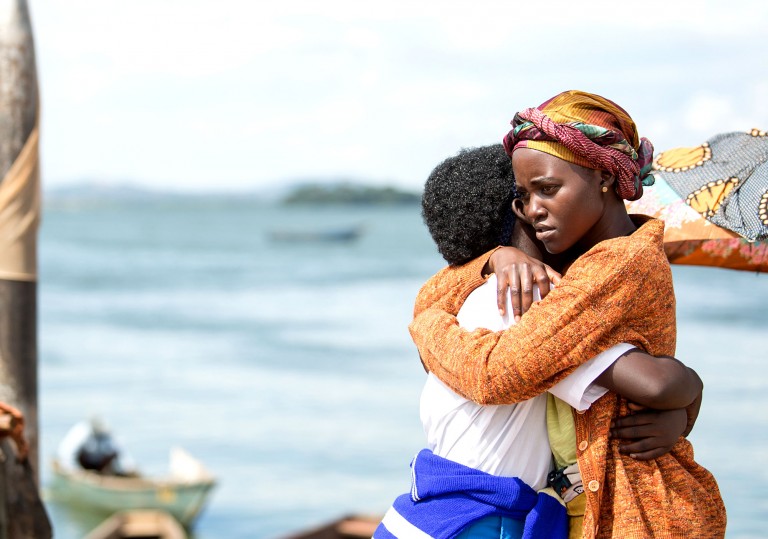 Pushes all the right buttons, but never does any more than that.

A set of solid performances power this underdog flick to victory.

Wedgies, rucksacks tossed out the window, shoes under the taps, pencil case in the bin… these are just some of necessary punishments bestowed upon young British students for admitting that they attend chess club. Mira Nair’s new feature, Queen of Katwe, seeks to prove that it’s more than a sordid safe haven for latchkey nerds and blubbering mummy’s boys.

Adapted from a non-fiction bestseller by Tim Crothers, it tells of Phiona Mutesi (Madina Nalwanga), an introverted, understandably doleful teen living in the tumbledown slum of Katwe in Ugnanda. Her proud mother (Lupita Nyong’o) refuses to sell off her dignity in the name of bringing up her children, and so coerces Phiona and her brothers to wander the street selling maize to passers by. The setting is unmistakably rough and unforgiving, but this being a Disney production clearly aimed at slightly younger demographic, the hot colours are boosted and the political edges are smoothed down. It offers a rather quaint vision of extreme poverty, where despite the daily toil, everyone remains smiling and hopeful.

One day Phiona wanders into a shack in which local youth organiser Robert Katende (David Oyelowo, proving that even in a generic coach role, he’s willing to give it his everything) is teaching children to play chess. As a way to escape the drudgery and humiliation of her routine, she decides to give it a go. She quickly discovers that she’s rather handy at the game, while Katende offers much corny wisdom on how the strategy involved in chess actually has plenty of real-world applications.

It’s not long before the film settles into a standard underdog sports movie mode, as Phiona must suppress her personal demons and comprehend that she does have the wherewithal to rise up out of the ghetto and disconnect from her past. There’s a soft tension with her mother, who resents that her daughter should have this way out when she was forced to spend much of her life desperately scrabbling for the next meal. To her, facing life’s hardships head-on is a far better use of time than a stupid board game.

Nair struggles to sex-up the highly unexciting game of chess as a spectator sport, and she doesn’t expend too much screen time explaining the rules in any detail. Still, if the purpose of the film is to get kids to put down their Uzi 9mms and pick up some nice, hand-carved antique chess pieces, it certainly has merit on that level. Nalwanga dials back the sentiment and any overt emoting in her lead performance, though she still remains an empathetic and nobel heroine. Given its predictability, the material feels rather over-stretched at 124 minutes, but the time passes easily enough.

Pushes all the right buttons, but never does any more than that.

A set of solid performances power this underdog flick to victory.