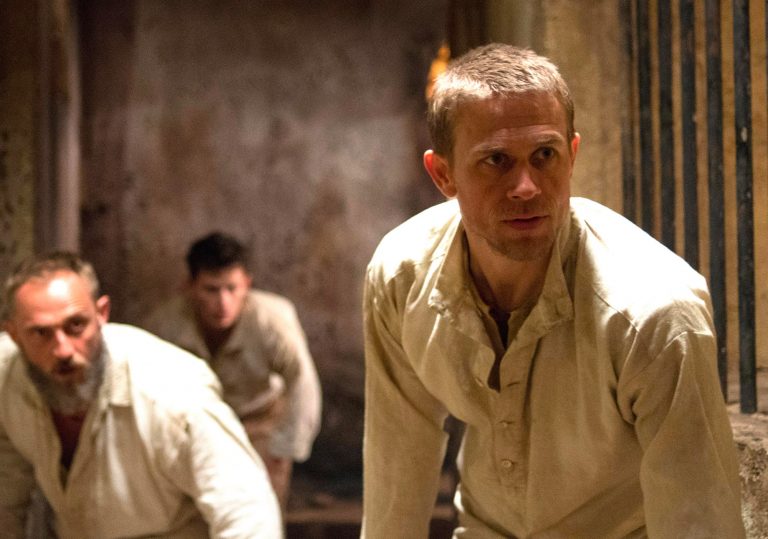 Not sure if there’s merit to a remake, but Hunnam and Malek are interesting enough.

Fails to do anything the original version didn’t.

Charlie Hunnam and Rami Malek team up for this unnecessary retelling of the Steve McQueen classic.

One has to wonder if Hollywood studios have a yearly roulette wheel which they spin to decide which film of yesteryear they’re going to remake for a modern audience. This seems like the only logical reason they could have for choosing to remake Franklin J Schaffner’s 1973 film Papillon, as the production itself offers few insights into what it is that makes this retelling necessary.

In Michael Noer’s new imagining of Henri ‘Papillon’ Charrière’s memoir, Charlie Hunnam takes on the role made famous by Steve McQueen of a safecracker wrongly imprisoned for murder in 1930s Paris, and shipped off to French Guiana to serve hard time. Opposite him is Rami Malek as millionaire counterfeiter Louis Dega (Dustin Hoffman’s role back in 1973), and together the pair form an odd-couple alliance in order to survive the hellish penitentiary and plot an escape.

To his credit, Noer manages to shave 17 minutes off Schaffner’s excessive 150-minute runtime, but 133 minutes of Papillon still feels like a bit of an ordeal. Pools of blood run into dirty water and heads roll from the guillotine as Noer really hammers home the message that life in the 1930s French penal system was pretty rough. The conditions are diabolical and the guards are sadistic, but Papi and Louis maintain their resolve to get free.

As the years go by their friendship grows stronger, and it’s in the chemistry of Hunnam and Malek that Papillon finds its core strengths. It’s easy to invest in their relationship, and how their marriage of convenience soon become a genuine devotion to ensuring each others’ survival in a world where the odds are stacked against them.

Hunnam, in particular, has come into his own as an actor in recent years (see also: The Lost City of Z), but performances alone are not enough to excuse an indulgent runtime and the fact there was no real need to retell this story in the first place.

Penal reform continues to be an issue across the world, but in constantly looking to the past rather than the present, cinema seems curiously reluctant to address this – Papillon feels like more of the same.

Not sure if there’s merit to a remake, but Hunnam and Malek are interesting enough.

Fails to do anything the original version didn’t.