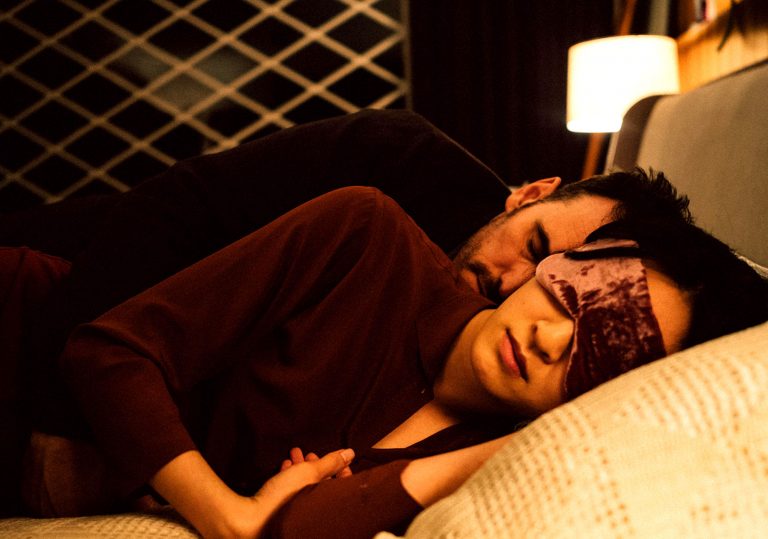 Works as a short doodle.

Matt Dillon joins Yorgos Lanthimos for this bizarre short about a New York cellist whose life is usurped by a passer-by.

A grumpy New York concert cellist played by Matt Dillon is the flummoxed star of an eerie new short by Greek filmmaker Yorgos Lanthimos in collaboration with his regular scribe, Efthymis Filippou.

It sees Dillon’s family man wake up, boil an egg, head off to orchestra practice and then, on his way back home, he asks a woman (Daphne Patakia) on the subway if she has the time. Instead of answering his question, she mimics him, and asks him if he has the time. But it doesn’t end there, as she follows him home, doing exactly as he does, to the point where she enters his house and claims to be the mother of his children and partner to his bemused wife (Susan Elle).

The film offers a showcase for some impressive, alienating fish-eye lens work, as suburban street corners are splayed out via sweeping (if surgically crisp) pans. These visual distortions mark a nod to Lanthimos’ master and muse, Stanley Kubrick, and the way he shoots the main apartment location contains remarkable echoes to the ‘intellectual’ apartment that Alex and his Droogs break into in A Clockwork Orange.

It’s a chilly, vaguely inconsequential miniature that feels like Lanthimos and his cohorts are working through a potential feature concept to see if there’s any legs for something a little more weighty. Weirdly, even though the film itself doesn’t really offer much on its own terms apart from some bone-dry deadpanning, you do think that the metaphor of not being able to prevent yourself from being replaced is the sort of thing you could stretch to absurd lengths.

Nimic also touches on ideas of performance as a natural ritual of public life, and it’s probably more successful and intriguing than Lanthimos’ third feature, Alps. So definitely work a look.

Works as a short doodle.