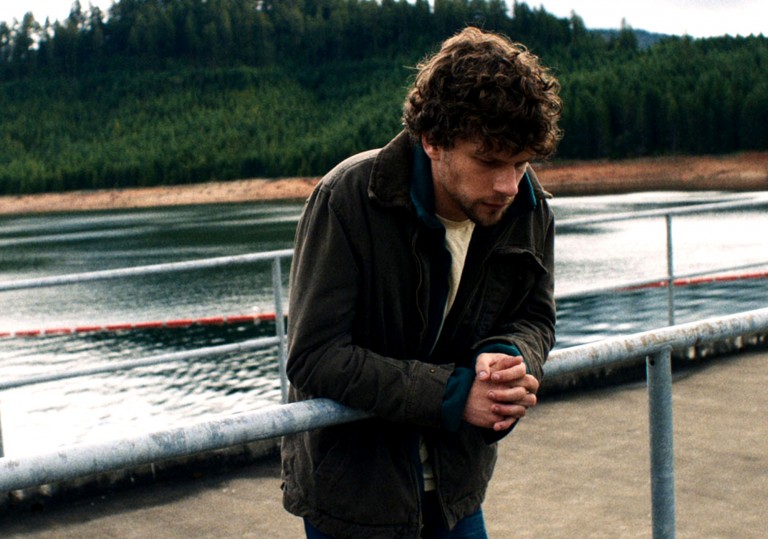 Reichardt is on a roll. Is it time to come a-cropper?

Hells no. This is one rich and chilling movie that deals with the concept of violence in its most rudimentary state.

Stellar work from all involved.

With Night Moves, American director Kelly Reichardt makes it five for five. She initially proffers a fastidious, Melvillian crime picture with special attention given to manual processes rather than human drama, but then elegantly pulls the focus back (with the help of a very subtle twist) in the second half to reveal that the caper at the film’s centre was only included for context.

The caper in question is the illegal demolition of a dam which resides on a lake in rural Portland, and it’s a job that’s being executed with the use of 200lbs of ammonium fertiliser and a cheap-o speed boat bequeathed the hipster legend, ‘Night Moves’. And – to clear the record – though it has no real relation to the Arthur Penn movie from 1975 with which it shares a title, it does have a similar sense of ’70s-style grit, melancholy and political pessimism.

Again, following in the trail of her existential range western, Meek’s Cutoff, Reichardt refuses to trade in binary shades of good and evil. In Jesse Eisenberg’s monosyllabic Josh, she presents a young man almost mechanically driven to achieve his goals, a person who is worried more about amply masking his internal fear than postulating on the potential downsides of his scheme.

Reichardt also appears very at ease with this material, even lapsing into the odd showman-like editing flourish or choosing to pay lip-service to frivolous, candy-coated genre mechanics. Peter Sarsgaard’s character, a burn-out ex-Marine drafted in to assist with the pyrotechnics, adds some very dry humour to the brew, particularity in his verbal clashes with the ultra-meticulous Josh.

Eisenberg is the film’s binding agent, his admirably Spartan central performance is as militantly unruffled as Delon in Le Cercle Rouge. Yet he always ensures that an underlying sense of utter despair is palpable, if not visible. Indeed, Eisenberg’s customary clipped phrasing and precision-tooled performance style makes him perfect for a film about the fact that nothing and no-one can attain true perfection.

Yet this as much a film about eco-terrorism as Meek’s Cutoff was a film about the American gold rush, operating as a rich, sui generic parable for any and all acts of violence, whether micro scale such as the one chronicled here, or those sanctioned by governments with a view to being executed in foreign climes. The film is clearly rooted in classical tragedy, and there’s something noticeably Shakespearean about the manner in which the plot coyly unravels. Dakota Fanning’s character, Dena, who makes up one third of the terrorist trio, even develops a bizarre skin ailment as a physical reminder of her wrongdoing. And this is without mentioning the fact fraught and tender love triangle dynamic that could well be the catalyst for all these rash actions.

This is another stunning work from Reichardt. It’s never preachy or polemical and always supremely refined and pure. What’s so special about it is that Reichardt attains this bountiful subtextual depth and hardboiled psychological intensity with an absolute minimum of means. And all the while, it manages to grapple triumphantly with those primal philosophical notions of crime and punishment.

Reichardt is on a roll. Is it time to come a-cropper?

Hells no. This is one rich and chilling movie that deals with the concept of violence in its most rudimentary state.

Stellar work from all involved.