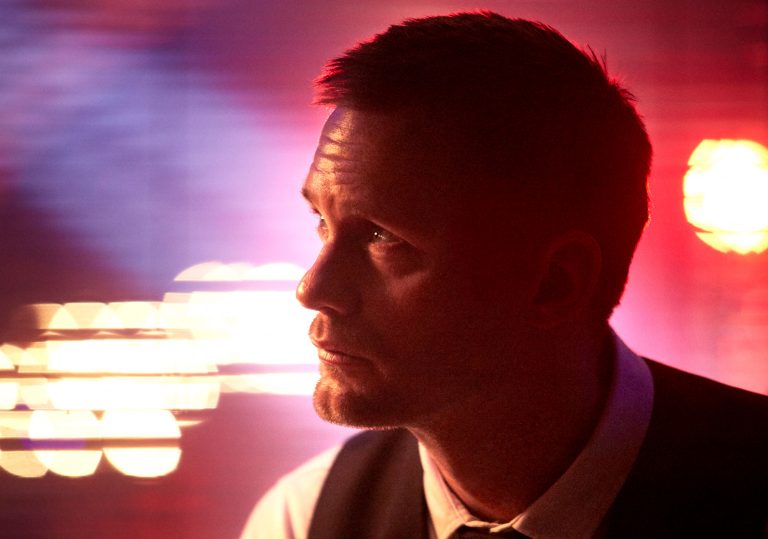 Duncan Jones’ spiritual sequel to Moon is a neon-drenched nightmare – and not in the way anyone intended.

Altman would later argue that the film was a study in unrestrained male toxicity, but its complexities – or failings, depending on your perspective – lay in the audience’s relationship with these two antiheroes; the encouragement to side with wisecracking bullies, laugh along with their bantz or simply view their behaviour as a symptom of circumstance.

For his fourth feature, 16 years in the planning, Duncan Jones resurrects Hawkeye and Trapper John, transposing the characters to some time in the late 2030s. The exact period isn’t specified, but news reports of a hearing to determine the rights of a certain Sam Bell (Sam Rockwell) place us several years after the events of Jones’ 2009 debut, Moon.

With his Hawaiian shirt, handlebar moustache and penchant for a martini, there’s little mistaking Paul Rudd’s Cactus Bill as anything but a simulacrum of Gould’s Trapper. And here Hawkeye is played by Justin Theroux, fresh out of That ’70s Wig Emporium. Both served in the US army, and now perform underground surgeries in Berlin, where Cactus awaits some moody documents to escape back to the States with his young daughter, having gone AWOL from duty. 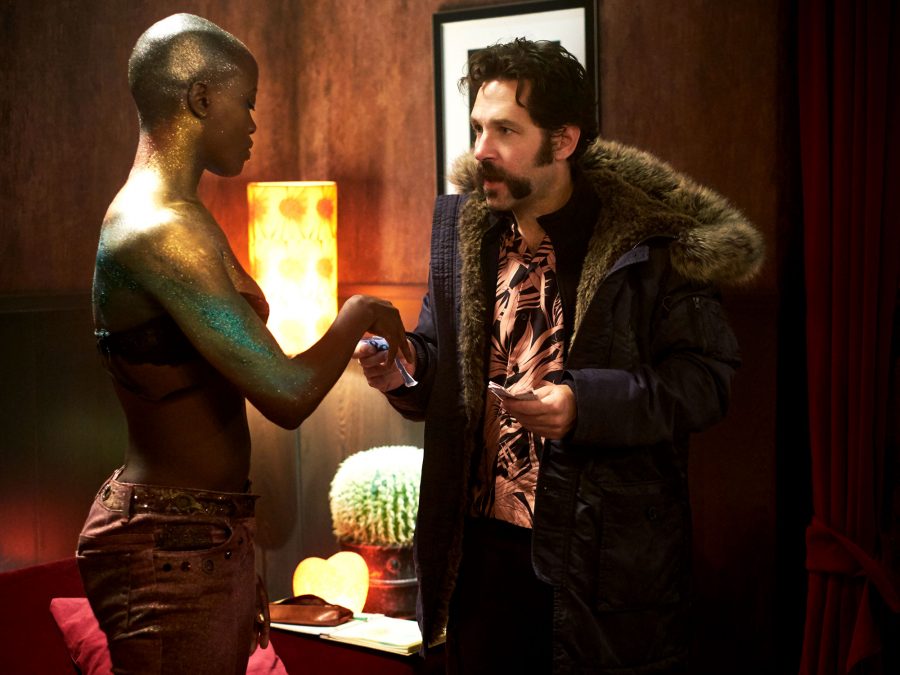 Jones’ invocation of M*A*S*H for his pair of ne’er-do-wells presumably serves as a bid to blindside audience sympathies; bringing us on board with devil-may-care attitudinal pose before undermining our allegiance with unsavoury behaviour. Altman’s film largely succeeded in this regard not just by virtue of its stars’ irrepressible charisma, but by how embedded the characters were in cultural and political specificity. Whatever the moral discomfort of M*A*S*H’s subjectivity, it existed in a hermetic and wholly inhabited world that posed contemporary questions of its characters, however glib the answers may have proved.

In Mute, any such provocations serve as mere window dressing, a shortcut to character and drama that runs skin-deep. Allusions to Kabul and ‘New Kandahar’ suggest the US army is still in Afghanistan, but it’s an elided plot point only there to explain the duo’s presence in Berlin. Cactus’ status on the brink of escape from capture affords his character a sense of direction, while Altman’s complexity with regards the repressed nihilism of Hawkeye is simplified to the point of idiocy by making Theroux’s Duck… well, let’s just say he’s not a dude you’d want hanging around your children.

The lack of political engagement – of saying much about anything – extends to Mute’s primary narrative, a quest for a missing girl. Jones’ shortcuts to character are exemplified in Alexander Skarsgård’s silent lead, Leo. In a science fiction film populated by outsiders, how might one best suggest that Leo is not made for this age of vice and technology? Yep, he’s Amish. As a community barely represented onscreen outside of Harrison Ford’s tumble in the hay, one might at least expect some kind of cursory examination of the inherent spiritual conflict between a tech-dependent future and its backwards-looking inhabitant. But no, Leo just doesn’t have a phone and his mother wouldn’t let doctors fix his larynx following a childhood accident. 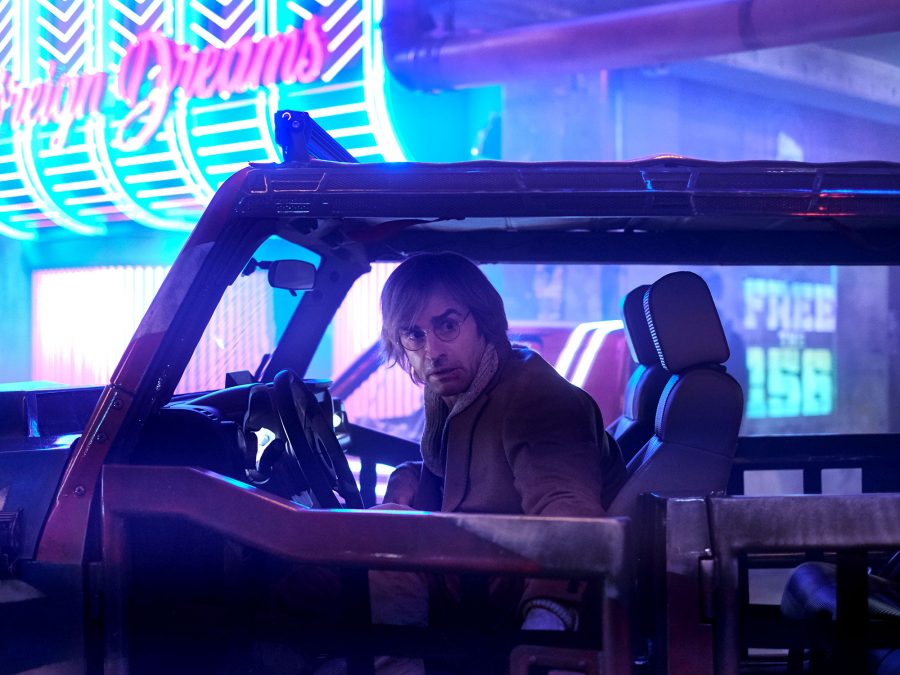 The missing girl in question is Leo’s girlfriend, Naadirah (Seyneb Saleh). Jones has cited Paul Schrader’s 1979 film, Hardcore, as a key influence on Mute. It’s a film that dealt with the tensions between ultra-conservatism and perceived moral degeneration, between the post-war and post-Swinging ’60s generations, between small town mindsets and big city urbanity. None of these questions are transposed to Mute in any shape or form, beyond the binary distinction of Naadirah being ‘complicated’ and Leo being ‘kind.’ This sad, simple clown travels to one place, picking up a clue to another, all because he loves her and wants to give her the bed he’s been whittling in his lock-up.

If there’s one character that comes out with its dignity largely intact, it’s the city of Berlin. The wealth of accents on display suggests a thriving immigrant community of misfits, the city’s each-to-his-own liberal credentials appearing to have survived the intervening years. Yet the neon-drenched production design suggests further shorthand. The future’s certainly bright, with Netflix seemingly invested in city planning, all the better to shill their Dolby Vision enhancements. It’s a generic sci-fi vision, leagues away from the inhabited textures of Blade Runner, a film whose visual style served its melancholia through its very form.

Things might have been better had the dramatic beats landed, but Mute possesses so little sense of style, of directorial muscularity, that it fizzles out long before its 125 minutes are up. It’s a film seemingly lacking in movement, its few recourses to kineticism (in the form of two driving sequences) prove shockingly edited and misplaced respectively, while Clint Mansell’s score works overtime to plaster the directorial cracks. A dust-up with a German lump who’s been hanging in the background of scenes like Chekhov’s Fist, disappears before it even begins, as though a scene is missing.

The promise of Jones’ first three features – yep, even Warcraft – all but vanishes with Mute. He’s always been an easy guy to root for, so here’s hoping that with this passion project out of his system, his next film sees that promise fulfilled.