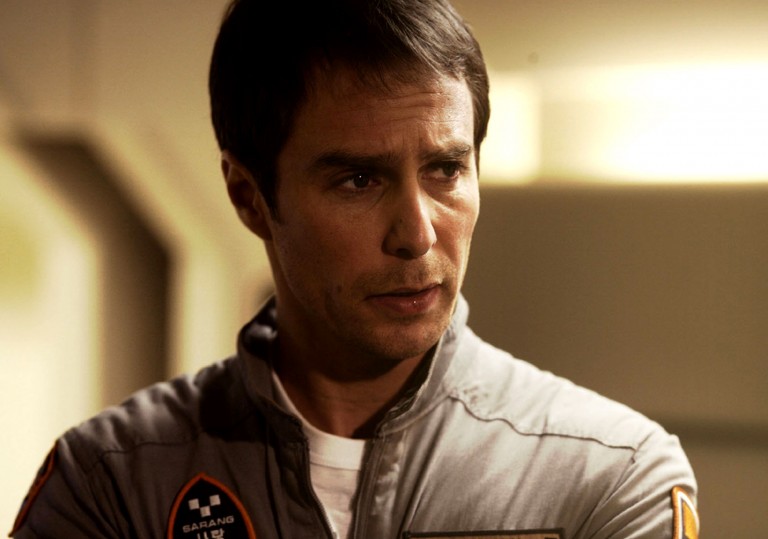 A British film without gangsters that’s not directed by Richard Curtis? We never thought we’d see the day.

A film of two halves. The first is an excellent example of how to stretch a budget to breaking point; the second loses the plot.

By no means a masterpiece, but it’d be a harsh judge who dismissed it outright.

Here is a true space oddity: a low-key, British-funded sci-fi thriller produced by Sting’s wife and directed by David Bowie’s son. Having taken professional cover behind his mother’s maiden name, Duncan Jones (christened Zowie Bowie) has earned his shot at feature filmmaking via a splashy career in advertising, where he directed a kung-fu lesbian spot for French Connection which, improbably, was every bit as good as it sounds.

Moon is a thoughtful but imperfect alternative to the brain-dead blockbusters that dominate the summer. With an aesthetic borrowed from Dan O’Bannon’s ‘used future’, Jones conjures the ghosts – both literal and metaphorical – of Tarkovsky’s Solaris (or perhaps Soderbergh’s glossier version) in the story of a mining contractor whose three-year stint on the moon is nearing an end.

Sam Bell (Sam Rockwell) is an employee of Lunar Industries, a conglomerate that controls the extraction of ore from the surface of the moon to fulfil the earth’s energy needs. This is a convincing landscape of industrial machinery, sweat and loneliness – a knowing reaction to the shiny surfaces of 2001. Indeed, Sam’s only companion is a computer, GERTY (Kevin Spacey), whose dispassionate voice is both familiar and sinister.

And yet Moon is full of misdirection. In an atmospheric first act, Jones effectively turns our familiarity with sci-fi archetypes to his advantage, as the audience struggles to decode the film’s signals. Should we be expecting the techno-fear of 2001? The ET intruder of Alien? The space psychosis of Sunshine?

This paranoid guessing game induces a creeping sense of cabin fever that mirrors Sam’s own descent into apparent madness, as a series of hallucinations leads him to question his sanity.

Jones has achieved a lot with very little. Clearly made on a shoestring, Moon is nevertheless full of ambition. Though it would have been easier (and cheaper) to confine the action to Sam’s quarters, there are numerous excursions to the surface. And though the special effects are more Spaceballs than Star Wars, Gary Shaw’s photography provides a high-class finish, while Jones’ glossy direction betrays the early influence of Tony Scott.

If anything, the craters in this particular Moon are a result of Nathan Parker’s screenplay rather than any technical or financial limitations. A twist at the halfway mark reveals the dark secret behind Lunar Industries’ corporate philosophy, but as the threat to Sam shifts from his sanity to his life, the film loses its interior, psychological menace, and replaces it with an external threat that is too remote to sustain the dramatic tension.

Parker is also guilty of some logical gaffes (Sam’s hallucinations are a vision of somebody he could never have met) and pedestrian resolutions. The latter stages of the film are benign and airless, failing to provide either a serious critique of a corporation unhitched from its moral bearings, or a dramatic narrative with sufficient punch.

As ever, Sam Rockwell is an engaging presence, here balancing his trademark charm with a haunted alter ego. But Kevin Spacey is a duff choice as GERTY, a piece of stunt casting that only serves to distract from the hermetic isolation of the rest of the film. Hollywood has seeped in through the airlock, but this is a defiantly British film. It’s one we can be proud of – in moderation.

A British film without gangsters that’s not directed by Richard Curtis? We never thought we’d see the day.

A film of two halves. The first is an excellent example of how to stretch a budget to breaking point; the second loses the plot.

By no means a masterpiece, but it’d be a harsh judge who dismissed it outright.