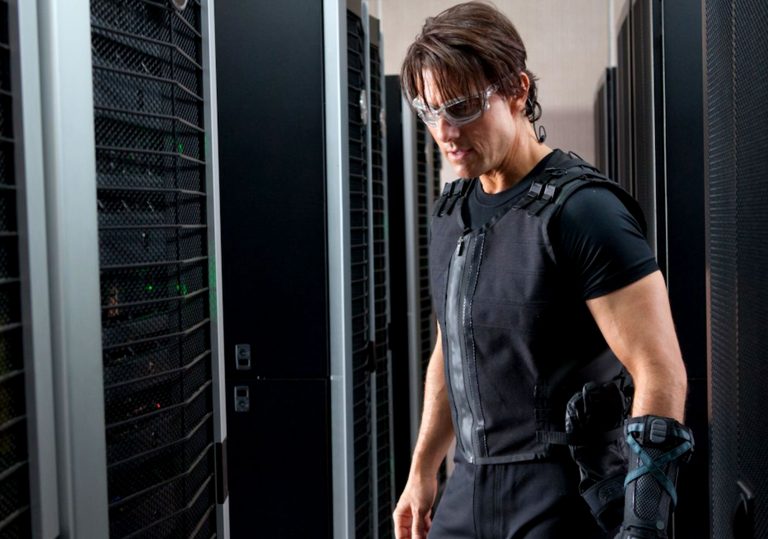 Fingertips straining 2,000-feet above the desert, Tom Cruise’s vertigo-inducing climb up the Burj Khalifa in Dubai is as good a reminder as any of the raw power of cinema to thrill. This, in every respect, is the high point of a blockbuster struggling with its identity.

Who is Ethan Hunt? Ghost Protocol would have you believe he’s American cinema’s answer to James Bond – not just a secret agent, but a celluloid icon who can float from film to film with little in the way of continuity. And so, after six years, Hunt is back with a fresh batch of tenuous teammates, orbiting his central star with scarcely a character arc between them.

After a rogue Russian nuclear scientist frames the IMF (the Impossible Mission Force; not the bankers) for a terrorist attack on the Kremlin – part of a plot to kick-start Armageddon – the US government is forced to initiate its ‘ghost protocol’, officially disavowing Hunt’s team, leaving them (as the film’s tagline has it) with ‘no plan, no backup, no choice’.

Only, as it turns out, they have a bunch of plans (which all require explanations that grind the film to a halt), apparently limitless access to hi-tech gadgets (some whizzy; others ridiculous), enough cash to pay for posh hotel rooms, cool sunglasses and fancy cars, and the explicit choice of backing out if they wish. So…

The problem with Ghost Protocol, then, is one of detail. It’s a curiously old-fashioned film – not in the sense that it harks back to the glory days of the ’60s spy thriller, but in its formulaic structure, its bombast, its more-is-more naivety. Niggles accumulate from the start (the bizarre credit sequence that gives away key plot points; Michael Giacchino’s suffocating interpretation of Lalo Schifrin’s score), and the film only gets more ill-disciplined as it continues.

But there’s a deeper problem, too – one of psychology. Because Ethan Hunt isn’t James Bond. He doesn’t exist in the cultural ether, so when he spends six years away from the screen we lose our connection with him, a connection that director Brad Bird does little to re-establish, save for a dire coda that nods in the most sentimental way towards the events of the previous film.

Having made his name on animated features The Iron Giant and The Incredibles, Bird makes an uneven transition to real-life. There are too many awkward close-ups and clumsy zooms, but he brings a welcome clarity to the film’s action sequences. These are ambitious, if hit-and-miss, with impressive stunt work offset by surprisingly ropey CGI. Only in scaling the world’s tallest building does Bird really cut loose – sending his camera soaring, swooping and diving around Cruise.

For his part, The Missile earns his payday, putting his 50-year-old frame through all sorts of punishment in the name of a good time. But, 20 minutes of Dubai-based blockbuster gold aside, Ghost Protocol isn’t that good a time. It’s kind of flat, inert – occasionally spectacular but not all that exciting. 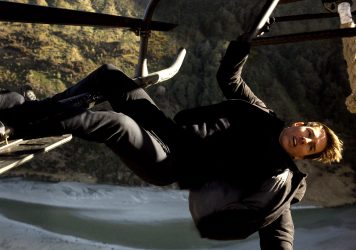