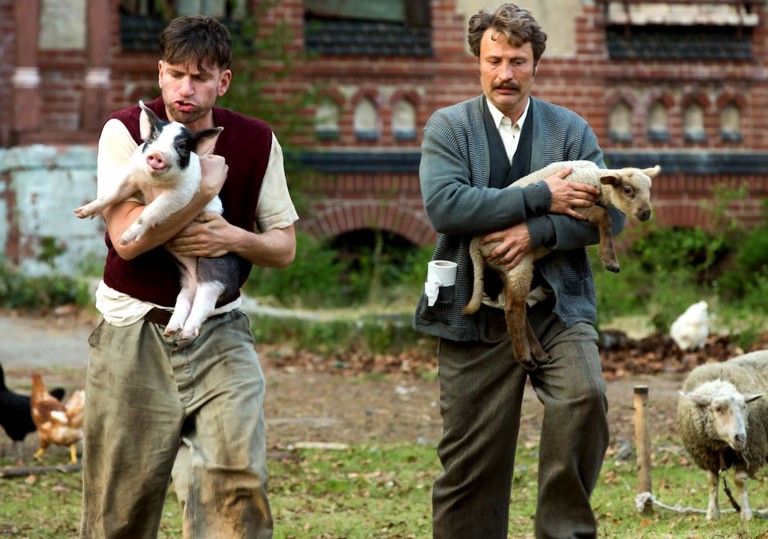 A bizarro mystery with mutant chickens.

Why did the chicken cross the road? Probably to escape the twisted fate it would find in Anders Thomas Jensen grotesque sci-fi fable, a film that would most definitely give PETA members a heart attack. Upon discovering they were adopted, brothers Elias (Mads Mikkelsen) and Gabriel (David Dencik) travel to a remote island where, rumour has it, their biological father lives in an abandoned sanatorium. When they arrive, they find out their real dad is dead – he’s just decomposing in bed upstairs. Yet living in the sanatorium are three brothers they never knew they had.

Elias and Gabriel try to get on with their newfound family, but it’s a totally sordid affair. Franz (Søren Maling) assails visitors with stuffed birds, Josef (Nicolas Bro) is a klepto with an affinity for wheels of cheese, and Gregor (Nikolaj Lie Kaas) uses the chickens that roam the property for practice until he can “find some girls.” Mikkelsen delivers a quietly comic turn as a chronic masturbator, a far cry from his dapper Hannibal Lecter. However, Men and Chicken owes it all to an admirably committed ensemble. Jensen has clearly built a team of collaborators who trust in his dark humour. And for all its ugly plot points, it’s frequently hysterical.

To his credit, Jensen treats his perverted players with compassion. When a horrifying family secret surfaces, the brothers don’t reel from shock but simply return to their same old adolescent antics. The film’s tendency to make light of even the darkest situations reveals an interest in human emotion, not horror. Despite its big heart, the film’s message about the importance of family feels a bit insincere. There’s a lot to like in Men and Chickens, but its saccharine final act doesn’t quite work, especially when coming on the back of so much enjoyably perverse slapstick, bestiality and disturbing family histories.

A bizarro mystery with mutant chickens. 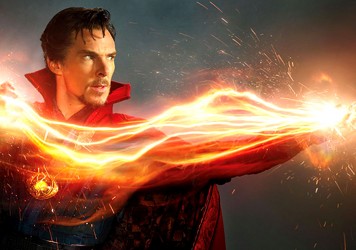