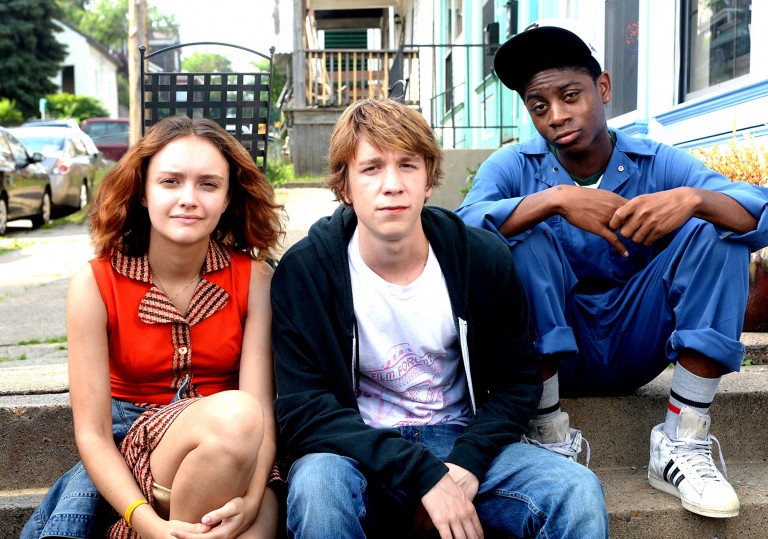 The Fault in Our Stars for the hipster set.

Ask us again when we’re done quietly sobbing into our artisanal popcorn.

A gem from Gomez-Rejon. Intrigued to see what he does next.

What’s the best way to treat someone with cancer? We’re not speaking in a medical sense: how are you supposed to behave around someone – a casual acquaintance, say – who’s been recently diagnosed with the disease? In director Alfonso Gomez-Rejon’s disarmingly sincere second feature, which is just about the most affecting teen cancer comedy you could ever hope to see, this moral conundrum provides the catalyst for a transformative journey as travelled by the film’s three chief protagonists.

During an opening rundown of a familiar high school caste system, Greg (Thomas Mann – the titular ‘Me’) reliably informs us that he has student life sussed thanks to a carefully cultivated social indifference towards canteen politics which, ironically, makes him the coolest kid in class. This apparent lack of self-objectivity doesn’t exactly enamour us to Greg, but in making us aware of his insecurities and shortcomings so early on, Gomez-Rejon and screenwriter Jesse Andrews (adapting his own 2012 novel of the same name) establish a crucial character dynamic that later enables them to playfully expand on several core themes without distracting us from the serious and delicate nature of their chosen subject matter.

Principally, Me and Earl and the Dying Girl is concerned with self-perception, the extent to which we can successfully control our external identity and how this affects how others see us. In the case of Olivia Cooke’s ʻDying Girlʼ, Rachel, this means continuing to flash her infectious smile at a time when doing so she requires a tremendous amount of courage. For Greg, it means learning the true definition of empathy after his mother (Connie Britton) forces him to befriend the neighbourhood sympathy case, and how doing the right thing often means putting your own self-interests to one side. You don’t need a film like Me and Earl and the Dying Girl to tell you that the effects of cancer spread far beyond the individual sufferer, but that doesnʼt make Greg ’s catharsis any less meaningful.

Me and Earl and the Dying Girl won’t jive with everyone. That Greg and Earl (RJ Cyler) are Criterion Collection obsessives who spend most of their spare time making low-grade parodies of such unequivocal classics as Don’t Look Now (‘Don’t Look Now, Because a Creepy-Ass Dwarf is About to Kill You!!! Damn’) and Peeping Tom (‘Pooping Tom’) pretty much tells you everything you need to know about its idiosyncratic sensibilities. But then this a film that has its cake and eats it, not in crumbs of dry, excessively tactful mawkishness but in heaped forkfuls of brightly frosted melodrama.

Tempting though it initially is to dismiss this double Sundance-winning coming-of-ager as yet another self-satisfied indie comedy offering only surface charms, the emotional payoff delivered in the tonally uneven third act confirms this as a work of real substance. The sharp jump in quality between this and Gomez-Rejon’s previous, the 2014 meta slasher The Town That Dreaded Sundown, has led some critics to call out the the director for engineering an all-the-feels crowd pleaser. That’s an extremely cynical view to take of a distinctly uncynical film.

The Fault in Our Stars for the hipster set.

Ask us again when we’re done quietly sobbing into our artisanal popcorn.

A gem from Gomez-Rejon. Intrigued to see what he does next. 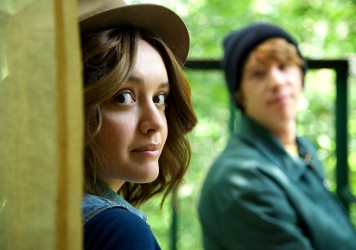 Can movies be a form of medicine?

Do films like Me and Earl and the Dying Girl and The Wolfpack examine how cinema can help us to understand life?